Every Wednesday, I plan to post a look back at a place I’ve traveled, including some favorite photographs and memories. Today’s post is from my graduation trip to Greece in summer 2008.

Visiting Athens, and Greece in general, was one of the best trips I’ve ever taken. Athens startled me a bit at first, because it had a very different feel than many of the places I have traveled to Europe – less cozy cobblestone streets and more chaos and grit. But it also had something I truly love – an amazing mixture of past and present. It amazes me that you can be walking through busy city streets and then suddenly stumble upon a roped off area – oh, look, it’s a super important ancient ruin! I love that the treasures aren’t cordoned off by themselves; they’re interwoven with the city, which feels like a living and breathing museum. So cool.

Here are a few of my favorite photos – 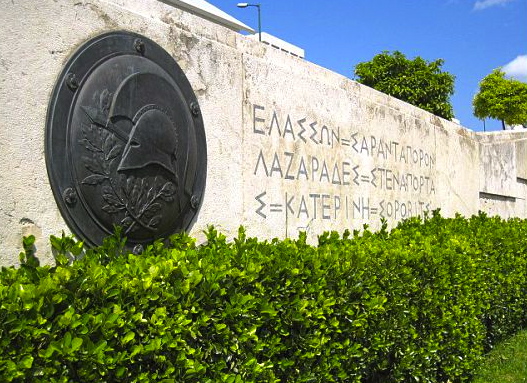 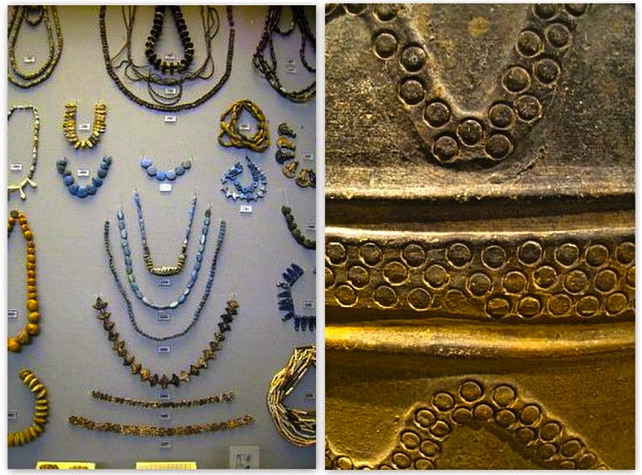 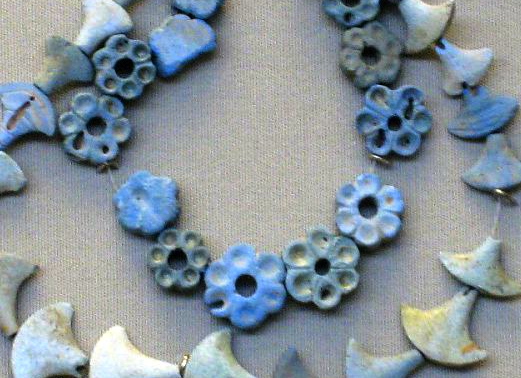 We had lunch at a restaurant that was built atop ruins – when you went downstairs to use the restroom, the floor was made of glass, and you could see the ruins below (see the picture on the left). Very, very cool!

Touring the Agora (the center of civic and political life in ancient Athens):

The Church of Kapnikarea (which is a perfect example of the mixture of past and present I was talking about – this is an ancient monument smack dab in the middle of a modern shopping area):

Hadrian’s Arch and the Monument of Lysicrates: 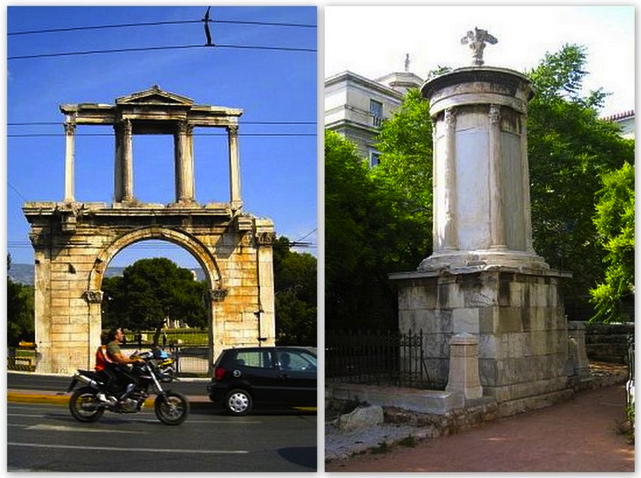 Exploring Anafiotika, a neighborhood at the base of the Acropolis. It was so charming.

The Roman Agora and the Tower of the Winds: 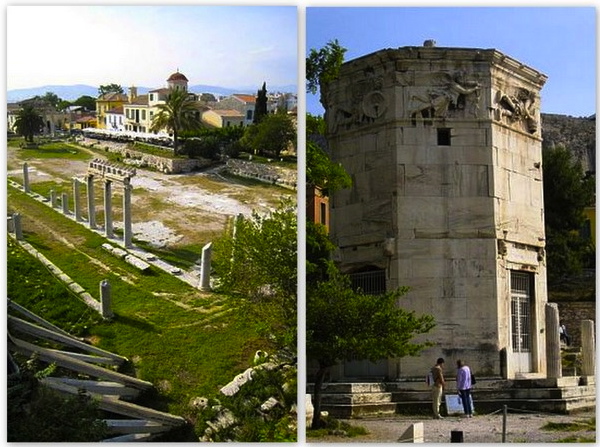 I kept taking pictures of the graffiti around the city. I found it fascinating, and a yet another reflection of the city’s gritty, modern edges coexisting alongside all that history:

One night, we ate outside at a restaurant with a beautiful view of the Parthenon. It was unreal to me to see it in person! 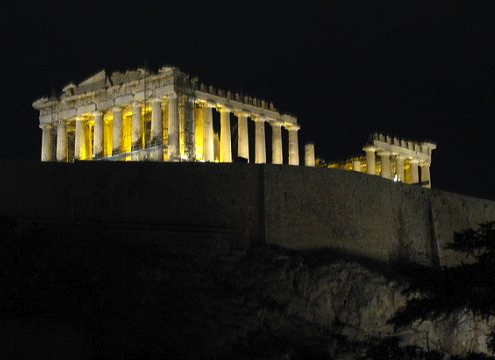 Next, the Parthenon itself. I had taken a class called “Athens: Past and Present” my last semester of college (right before going on this trip), and we literally spent a few weeks talking about the Acropolis in general and the Parthenon in particular. It was unbelievable cool to see it in person.

And finally, the Erechtheion, with its famous Porch of the Caryatids. The Erechtheion may not be the most famous building atop the Acropolis, but it was my favorite.

While we were atop the Acropolis, we were treated to wonderful views of the surrounding city.

And, on our very last night in Greece, we had dinner at a restaurant in the heart of the Plaka. It was a great way to end our time in a city I grew to love.

Next up next week: we visit the ancient Oracle at Delphi.