If you’re a Parks and Rec fan, you’re probably familiar with Tom and Donna’s hilarious tradition, “Treat Yo Self” day. If you’re not familiar with it, take a minute and watch this video. I will wait for you.

Okay, good. Now that we have that taken care of, I can tell you that, while writing this post, all I could think about was the “treat yo self” mantra. In fact, if you’re looking for a sweet treat, New York City has you covered, a thousand times over. Plus, since you typically end up walking a LOT while in the city, you can feel (slightly) less guilty about indulging in a sugary snack. And if you want to partake in such an indulgence, these are my recommendations for you:

As I’ve mentioned before, I don’t particularly like doughnuts (shocking, I know). That’s why, even though Doughnut Plant is typically held in high esteem by many NYC foodies, I was never that excited about it. Until, that is, I tried the creme brulee doughnut. It is perfection, with a crunchy creme brulee topping on the outside and a gooey glaze in the center. After trying this, I don’t think I’d ever be compelled to order anything else from Doughnut Plant.

After following along with several NYC-based bloggers and Instagrammers for years, The Big Gay Ice Cream Shop was near the top of my “to do” list this summer – it seems like everybody loves that place! And, after a visit, I totally understand why, as it serves up some delicious, creative treats in a really fun atmosphere. I chose the Salty Pimp mostly so I could utter the phrase, “I’ll have a Salty Pimp,” but luckily, its flavor profile is right up my alley. Dulce de Leche and sea salt? Yes, please. 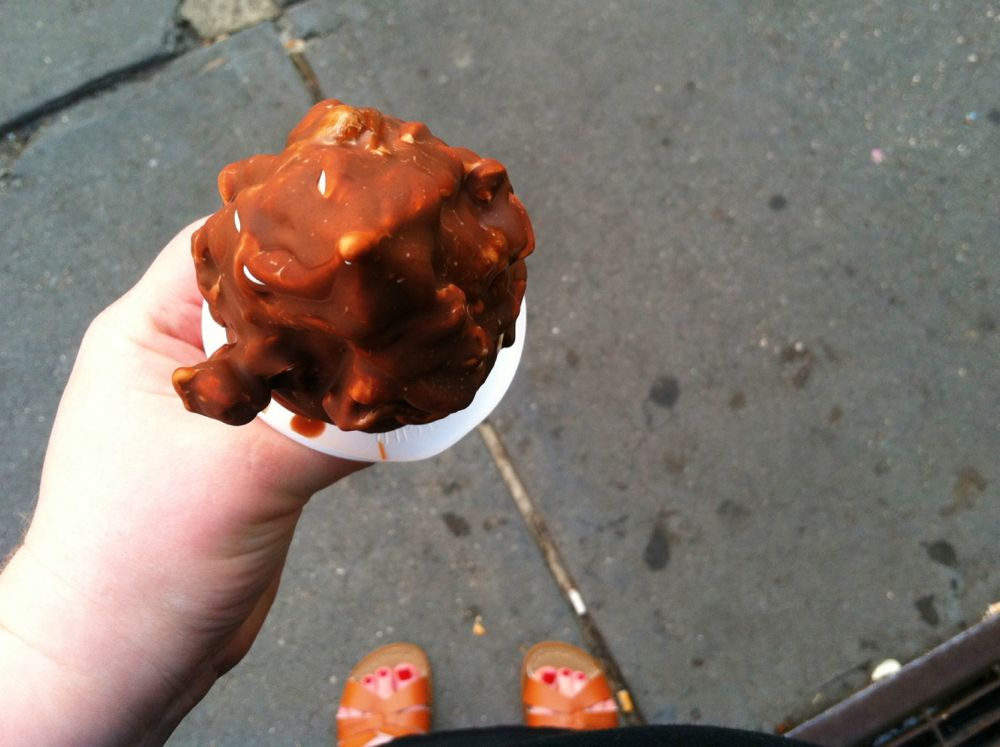 I can sum up everything you need to know about Popbar with this one phrase: gelato on a stick. So simple, yet so brilliant, right? It’s surprising to me that gelato popsicles aren’t more ubiquitous, but perhaps Popbar is simply ahead of the curve. At Popbar, you can choose from a variety of gelato flavors and then specify which toppings and dipping sauce you want. It’s a fun experience, and you leave with a refreshing treat.

(Pro tip: don’t get chocolate on chocolate – it’s way too sweet. I would go for a fruity base next time)

If you haven’t been to Eataly, Mario Batali’s gigantic Italian supermarket/restaurant/beer garden/mad house, I highly suggest a visit, as it is basically a foodie’s dream come true. The crowds at Eataly can be suffocating, which might deter you, but I have found a reason to persevere and push through the mobs: the salted caramel gelato. Eataly’s gelato is pricy and I initially questioned if the cost was worth it, as I had tried other flavors that were good, but nothing particularly special. And then I tried the salted caramel, and it was a game-changer. Worth every penny. 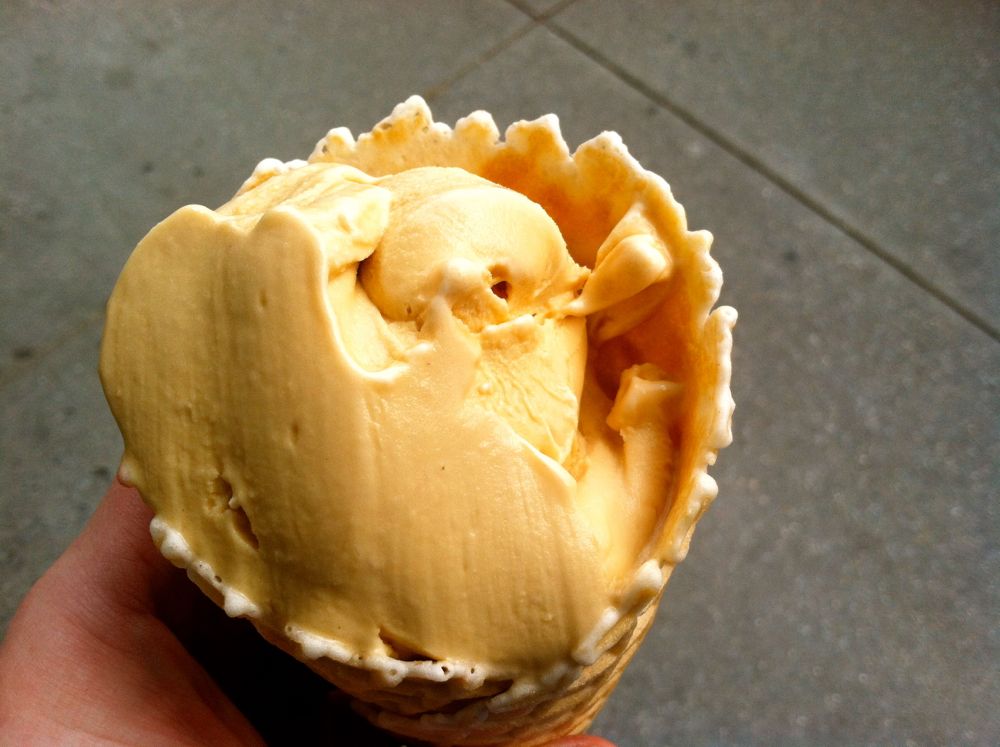 And so, those are my four favorite sweet spots in New York – for now. Because, while this all might seem like a lot of sugar, you should know that, in the name of self-restraint, there are many other NYC sweets that I didn’t try this summer. When I return next fall, what’s on my list? A cronut from Dominique Ansel Bakery, a macaron ice cream sandwich from Francois Payard, and the Neapolitan ice cream cake from Parm.

What about you? What’s your favorite way to indulge while in NYC?

One thought on “New York City: My Favorite Sweet Treats”