I can pinpoint the moment I realized I love to travel, and it happened in Rome.

To understand that moment, however, you have to understand the chaos that led up to our arrival in Rome. My friends and I had planned to travel from Florence to Rome on a Friday afternoon, and getting there sounded easy enough. But that day, we had taken a class “field trip” to Siena, and our bus was late getting back into Florence. Consequently, we ended up with much less time to get ready than we had anticipated, which culminated in us sprinting to our rooms, hastily shoving random clothing into our backpacks, and grabbing expensive cabs (rather than taking the bus) to get to Florence’s train station. After getting stuck in rush hour traffic (while nervously watching the clock tick ever closer to our departure time), we made it to the train station just in time to catch our train to Rome, which was absolutely packed with people and was a complete madhouse. Seriously, I love the Italians, but they are none too fond of boarding a train in an orderly line, and assigned seat numbers on the tickets seemed to mean virtually nothing to them.

So by the time we arrived in Rome, we were exhausted but also not about to miss out on anything, given how little time we had to spend in the city. It was late at night, and we weren’t sure how often the buses and subway were running, or if they were even running at all. No worries, we thought. We have a map; we’ll just walk to the Trevi Fountain.

So off we went, walking toward the Trevi through Rome’s winding streets. We got lost a lot, and we passed through some sketchy areas near the train station. But we also laughed the entire walk, cracking up over the fact that we were all not-so-great navigators and quoting lines from our favorite movies. And it was in that moment, as we were walking down a road with no sidewalks as crazy Italian drivers sped by us at terrifying speeds, that I realized how happy I was. We were in Rome, and we were on an adventure, and crazy things were happening, and it was awesome. That’s when I knew I loved travel – when I knew that I loved the feeling of arriving in a new place, and having no idea what you were doing, but still being really, really happy because you were there, in a destination that maybe you had dreamed about visiting for a long time.

And that euphoria only intensified when we finally found the Trevi. We walked around a corner, and there it was – a spot I had seen so many times in movies, but now was seeing in real life. When I think about Rome – and Italy in general – the word that springs to mind is “magical,” and I cringe a little because it sounds so cliche, so insufficient. But the honest truth is that’s how I would describe seeing the Trevi, so I’ll use the word anyway. If the chic Italian leather shoe fits…

The next day, we attacked the city with energy and enthusiasm. We walked and walked and walked, stopping only to snap photographs, make inside jokes, or fill our water bottles from the fountains scattered all over the city. We crowded onto a bus that took us from Vatican City to somewhere near the Pantheon, miraculously figuring out which stop was the correct one even though the bus was sheer chaos. We bought cheap slices of pizza for lunch, sitting on a hot sidewalk to eat, and we sprung for a nicer dinner at a cafe in a side street off the Pantheon. We got lost a million times trying to find the Spanish Steps, stopping to ask for directions from various strangers of different nationalities; it took conversations in Italian, French, and English for us to finally find them. And once we arrived, we laughed and laughed and laughed, because they were pretty much just steps and not necessarily worth all the hassle. 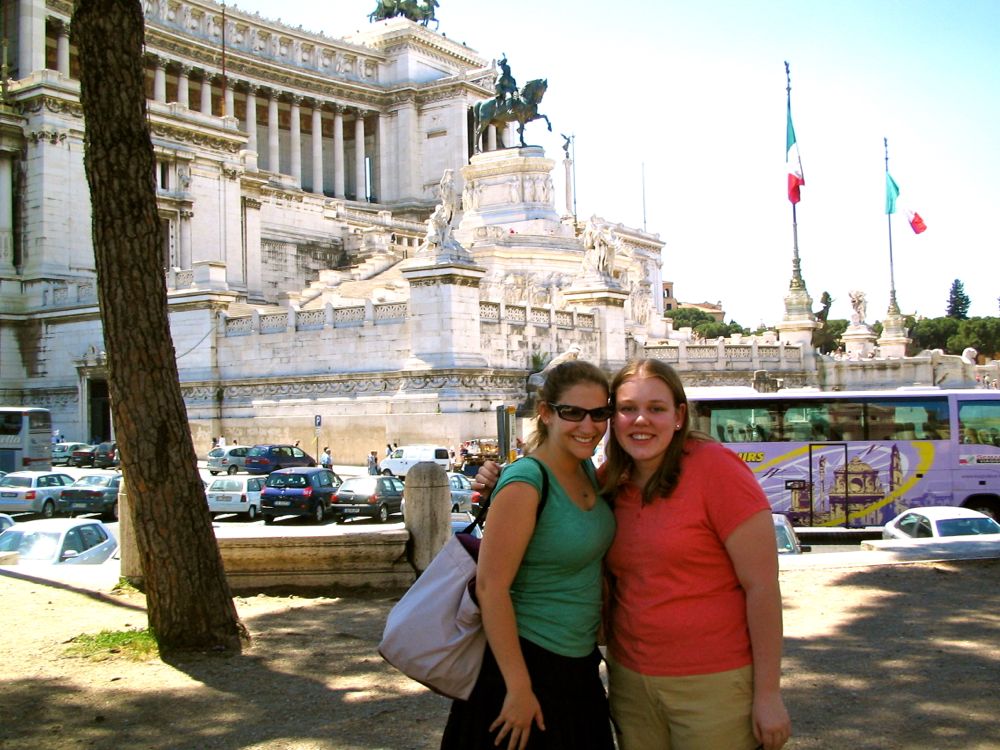 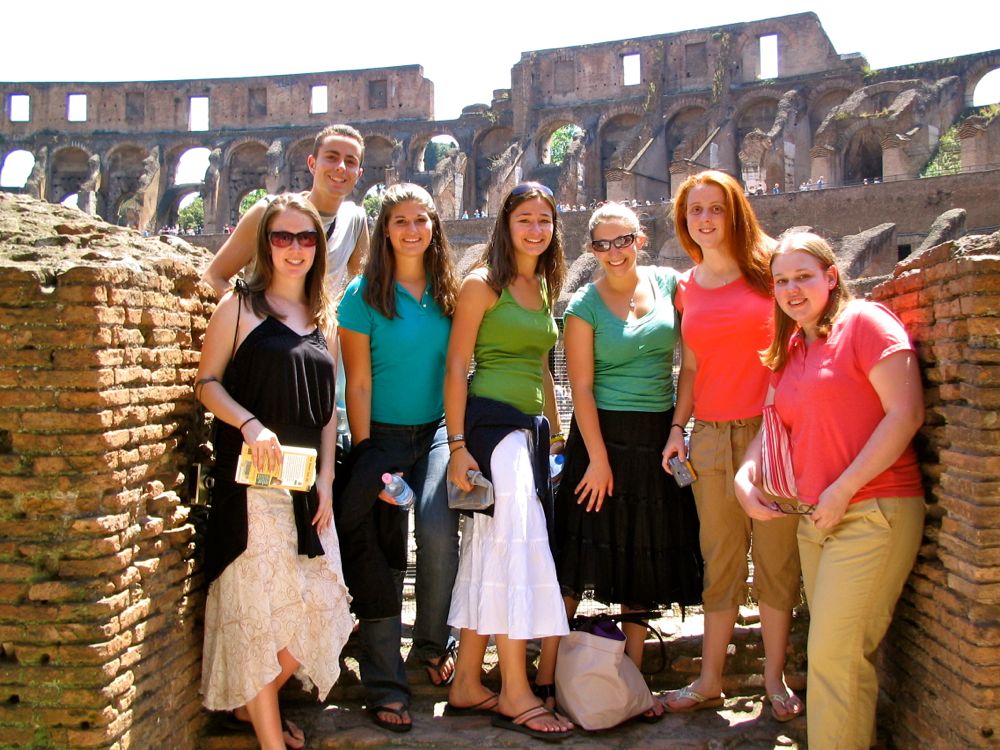 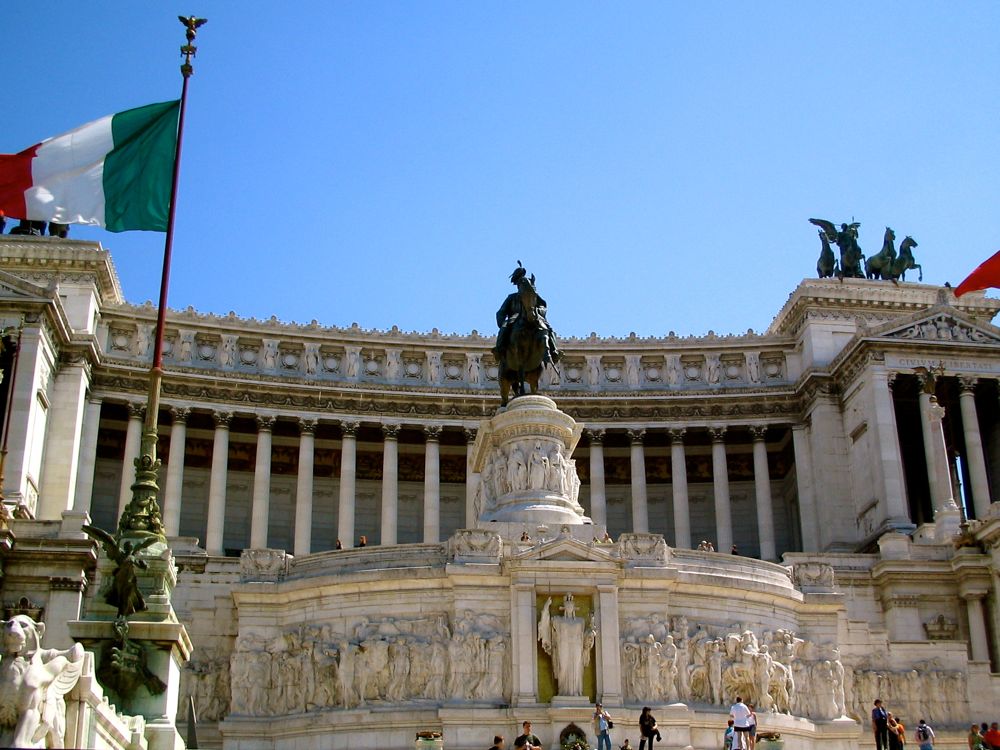 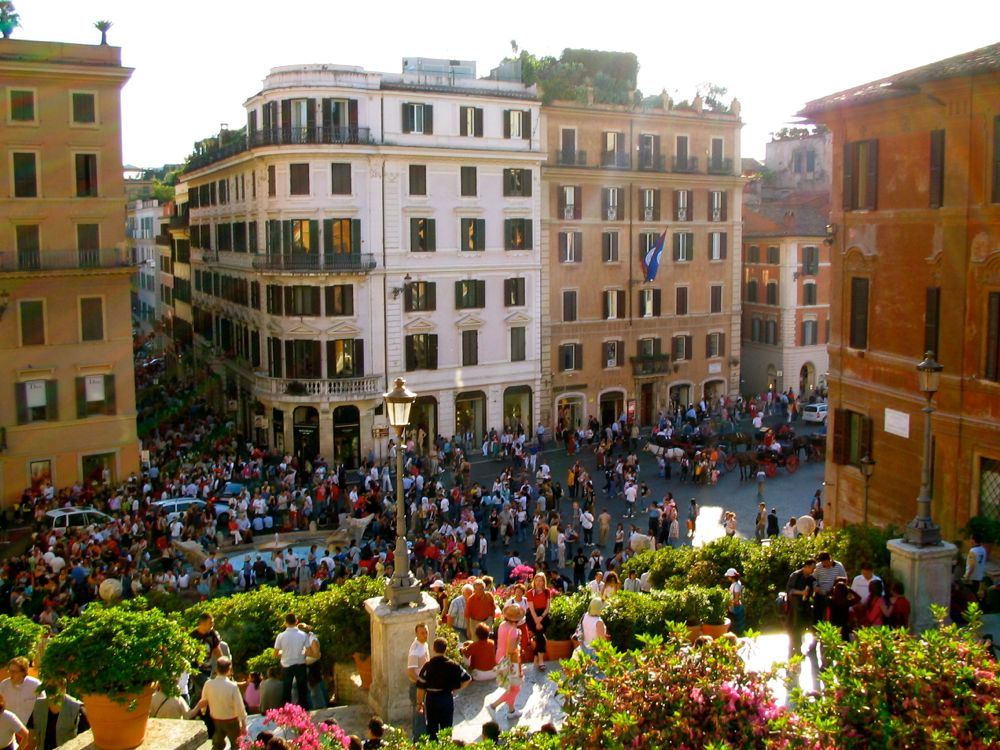 In the end, I spent something like 36 hours in Rome. Barely enough time to scratch the surface of the city, but more than enough time to fall in love with it, to stockpile anecdotes for my “crazy travel adventure stories” arsenal, and to realize for certain that one day I would have to return.