I had a theory about this semester.

My theory? That I should visit new places. I have traveled around Europe a fair amount, but there are still so many spots I’m dying to visit. Given that, it only seemed right that I seek out new adventures instead of revisiting old standbys. That’s a solid plan, right?

Except, one day, I found myself messing around on Kayak, and before you know it, I’ve discovered a super cheap flight to London and, really, how can you pass up something like that? And then, of course, I decide my semester would be utterly incomplete without a return to Paris, so I snap up an inexpensive train ticket there. And then it turns out I have a free weekend in April and – wouldn’t you know! – EasyJet flies to Berlin for a reasonable price. 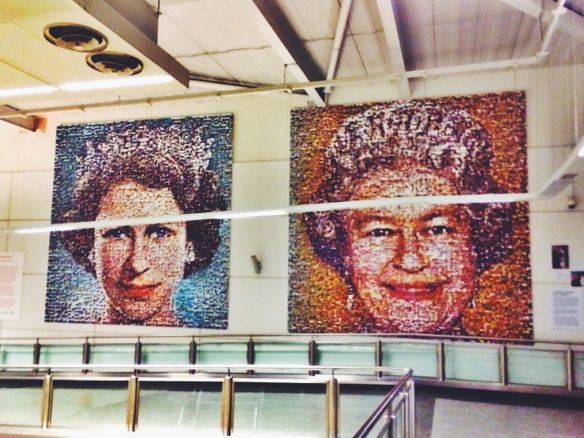 So there you have it.

My theory was thoroughly demolished, and I find myself making several return trips to old familiar places. But the thing is, at the end of the day, I’m not all that mad about it. In fact, I’m pretty happy with my choices and with the fact that, while this semester has involved plenty of new places, I’ve had the chance to revisit old favorites and discover new things to love about them. Among these well-traveled destinations, London just might take the cake as my very favorite city of all.

When I was planning my time in London, a second travel theory emerged. I decided I would eschew lots of the things that tourists typically go to London for (e.g., no Tower of London, no St. Paul’s, no Buckingham Palace) and instead focus on walking around, exploring neighborhoods, and eating good food. Sure, I threw in a few touristy things here and there, but I was also determined to fit in plenty of new-to-me spots. In that, I think I succeeded. Here are a few of my new highlights from good old London town.

If I’m being honest, I wanted to visit Charbonnel et Walker because I have seen many Europe-based Instagrammers post drool-worthy snapshots of the tasty truffles. I’m happy to report that Charbonnel et Walker’s truffles are just as delicious in real life as they appear through the filters of Instagram. I sampled the pink champagne and salted caramel truffles and both were absolute perfection. Plus, the store’s location – tucked away in the Royal Arcade off Old Bond Street – is super charming too.

I decided I wanted to go somewhere with a panoramic view of London, and since I’ve already taken a spin around the London Eye a few times before, I needed someplace new. The Shard, an 87-story skyscraper completed in 2012, seemed to fit the bill. I loved the building’s sleek, modern design, and it did indeed offer great views of the city. There was just one problem: as it tends to be in London, it was foggy the day I visited, making viewing conditions less-than-ideal. I was a little bummed, but it was still cool to be so high above lovely London, fog and all. 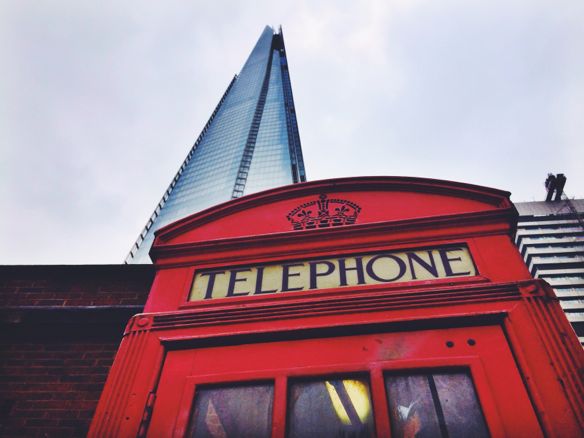 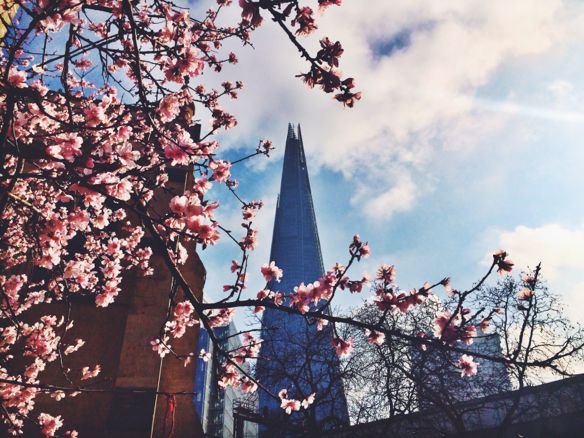 Here’s a strange statement to make: I love Les Mis…but until this trip, I had never actually seen it. I’ve listened to various versions of the soundtrack millions of times (and, of course, I’ve watched the movie), but I had never seen it performed onstage until now. I finally remedied that in London, and I’m so glad I did. No matter how cheesy some of the songs are, I still got chills hearing them performed live, and it was so fun to see the musical as it is meant to be seen, onstage.

After visiting the Borough Market, I roamed around the surrounding area, happening upon Southwark Cathedral completely randomly. I’ll be honest: I was drawn to the cathedral not so much due to the cathedral itself, but rather because of the gorgeous trees blooming in front of it. In fact, there was a wedding that day, so I couldn’t even go inside. Still, I was perfectly content to snap some photos of the cathedral set against the magnificent blossoms. When I visited London (the first weekend of March), it was not quite spring yet, but this was a sure sign that it was close.

My hotel was located right on the border of Notting Hill, so I made sure to spend an afternoon walking around the neighborhood. I didn’t actually do much in Notting Hill (besides repeatedly imagining Hugh Grant running into me with a cup of orange juice), but I adored just walking around, even if it was a bit rainy. The streets are elegant and charming, and even under overcast skies, they looked gorgeous to me. 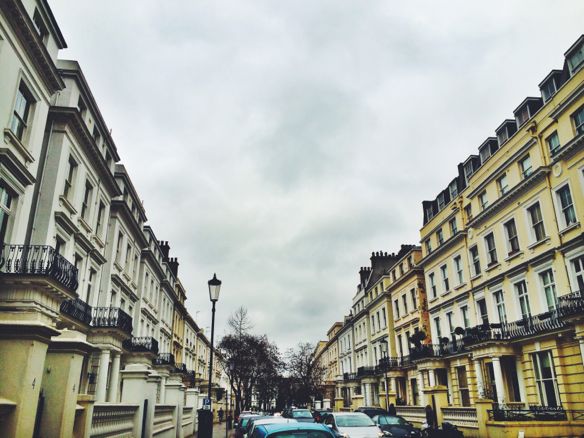 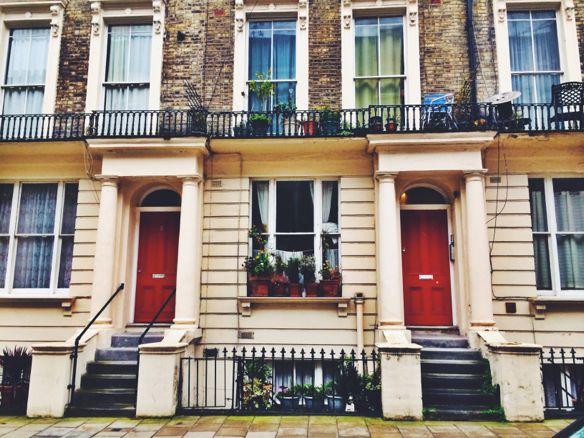 After my all-too-brief spin around Notting Hill, I hopped on the Gatwick Express and headed “home” to Geneva. As I left the city, I had two major takeaways. One, London remains one of my very favorite places on earth, even in the rain. And two, a weekend in London is simply not time enough to experience all the city has to offer. I did many wonderful things but left, as ever, hoping for the chance to return someday soon.

6 thoughts on “London: Bits & Pieces from My Favorite City”