So, I’ve taken a little hiatus from blogging over the past few weeks. Much like Joey Tribbiani, however, I had reasons, and they were three-fold:

Before the bar exam completely consumed my summer, my energy, and my happiness (to say nothing of my poor soul), I spent my last semester of law school in Geneva and traveled all over, whenever possible. I still have lots of stories to tell from that time, so let’s pick it back up in one of my favorite cities, Berlin.

Near the end of my semester, I met a fellow traveler who said she loved to photograph street art. As soon as I heard that statement, I had only one question for her:

When it comes to street art, Berlin is like nowhere else I have been. Art is everywhere, from walls to underpasses to lampposts, some of it political, some of it beautiful, some of it comical, and almost all of it fascinating. Berlin always feels so energetic to me, a sharp contrast to some of Europe’s more staid, elegant cities, and I think the vibrant street art scene is a large part of that feeling. 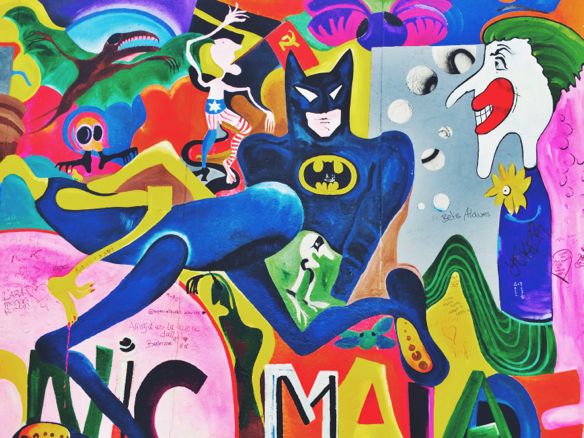 I found one of my favorite pockets of street art in an alley just off Rosenthaler Strasse. The alleyway itself is small, but seemingly every possible space is covered in art, whether it be colorful murals or yarn-wrapped bike racks. I only had a short stop here during my Berlin Food Tour, but even in that quick time, I managed to snap a ton of photographs; there was just so much to see. 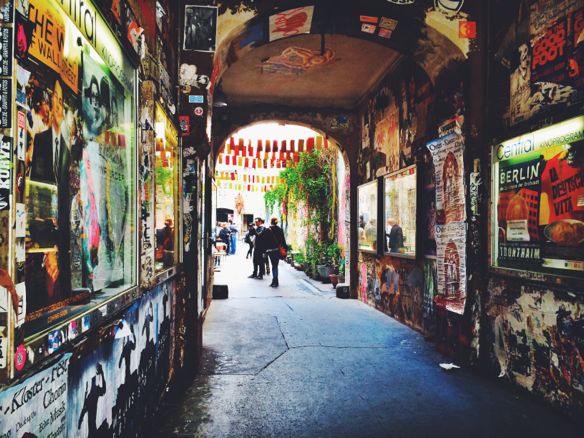 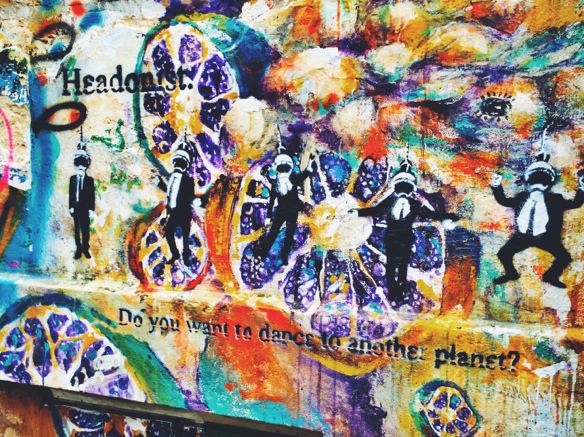 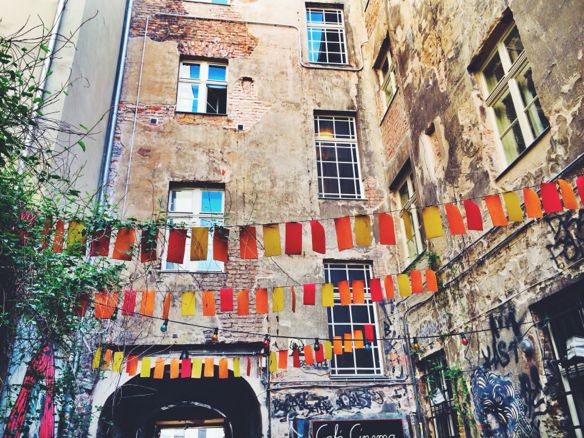 Of all the treasures crammed into this alleyway, I think I loved the vibrant Anne Frank mural the most of all. Inspiring: 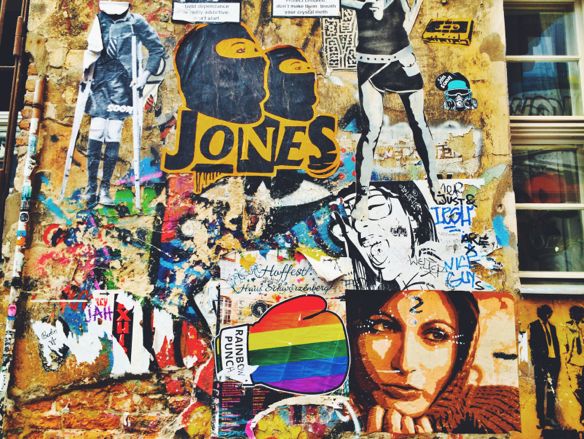 Another can’t-miss location for street art is the East Side Gallery, a 1.3 kilometer chunk of the Berlin Wall near the Spree River. I had read quite a bit about the East Side Gallery before this trip, but I was still surprised by just how much art the wall contained. I spent a long time walking back and forth along the wall and admiring the variety of murals. Some of the art was political and poignant, while other pieces were simply fun to look at – but all of it was worthwhile. And, believe it or not, the following are only a small sampling of the many, many pictures I took at the Gallery. 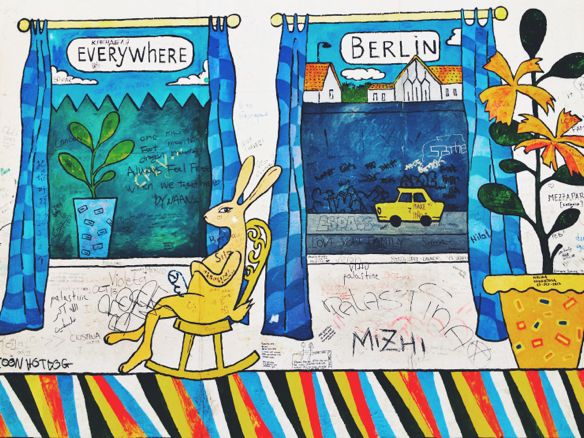 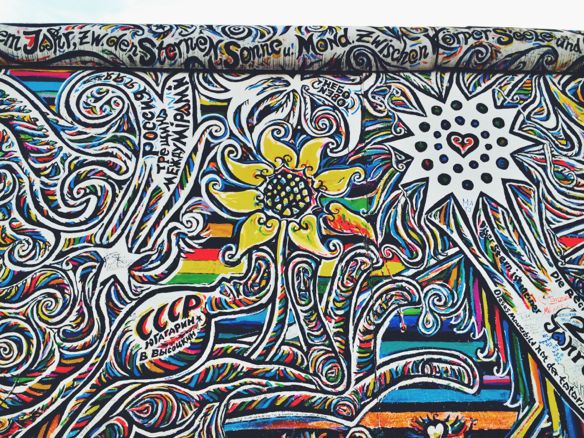 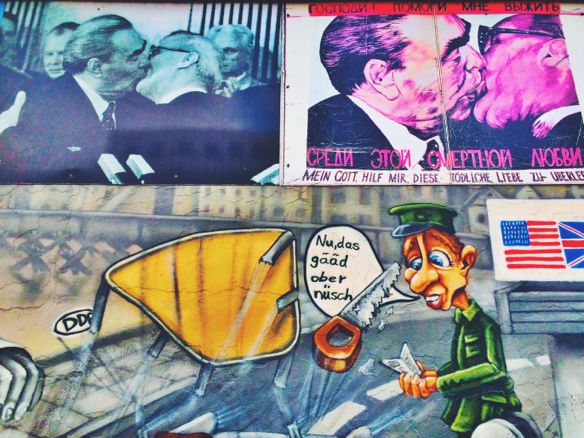 These two spots only scratch the surface of Berlin’s vast street art scene; in fact, nearly every place I went, I spotted bits and pieces of art along the way. Around every corner in Berlin, it seems there’s endless inspiration to be found – which is one reason why I’ve come to count the city among my very favorite places in the world.