When I was apartment hunting back in September, I joked to my family and friends that I only had one criterion: I needed an apartment with enough space to display – and store – a Christmas tree.

The thing is, though, that it wasn’t really a joke – anyone who knows me well knows that I looooove Christmastime. Given that, my first December in New York was something I was really looking forward to; visions of holiday markets, sparkling Christmas trees, elaborate window displays, and pop-up skating rinks were dancing in my head. Despite a packed work schedule, I managed to see a lot of the city’s Christmas highlights – though, of course, there are plenty left to tackle next year.

One priority for this month were the various Christmas markets that pop up around the city – I wanted to see them all. While I didn’t quite manage that feat, I did manage to see several. My favorite was probably the market at Columbus Circle, which I had fun browsing despite the fact that I visited in the rain. Here, I scored a beautiful New York skyline ornament.

I work near the Bryant Park markets, so I stopped by those one day at lunch (also, unfortunately, while it was raining). While I didn’t find much to buy at Bryant Park, it was still worth a visit to admire the gorgeous tree and the skating rink.

Luckily, when I visited the market at Union Square, the sunshine was out in full force. I didn’t buy anything here either, save for some seriously delicious hot chocolate from No Chewing Allowed, a store that specializes in melt-in-your-mouth truffles (hence the name). I enjoyed my hot chocolate in the park with some rather aggressive squirrels – seriously, I was afraid one of these guys was going to pounce on me. 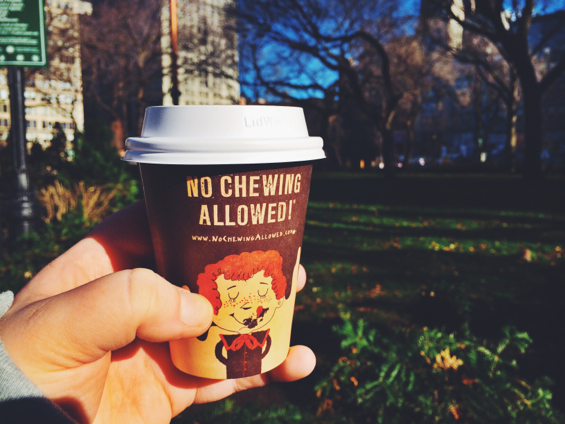 Elsewhere, I paid a visit to another holiday staple: the Macy’s Christmas Windows. I have to say that, truthfully, my heart belongs to the more stunning Bergdorf’s windows (which I visited in November). Still, the displays here were none too shabby. 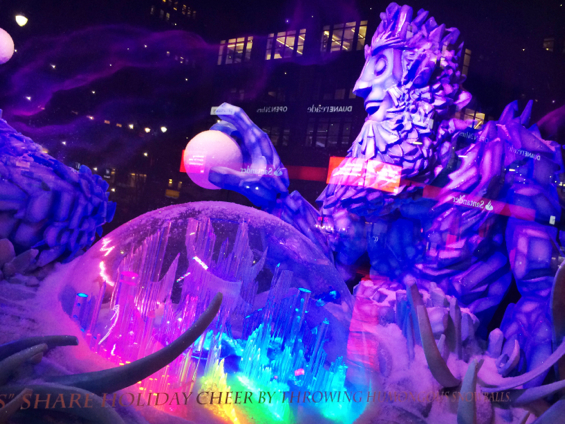 After work one day, I also decided to see the Rockefeller Christmas tree. As you make your way up Sixth Avenue towards the tree, there are tons of cool, gigantic Christmas displays outside various buildings. 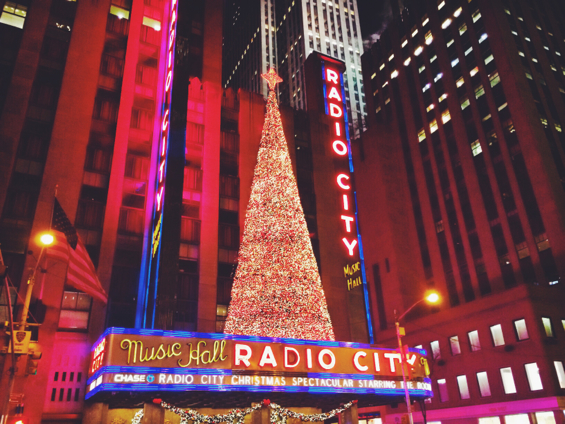 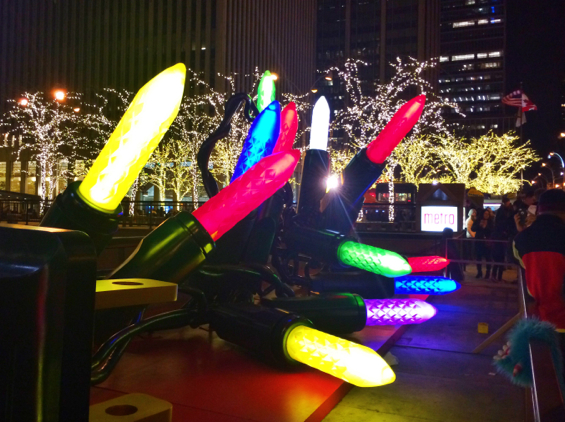 And when you turn the corner onto 49th Street, well, that’s when the true madness begins. I went fairly late at night, assuming that the chaos might have died down by then. Nope. Not even a little bit – the crowds were wall-to-wall and I didn’t get anywhere close to the tree. It was pretty cool to see it all lit up, but I have to say that I won’t be doing that again anytime soon.

And in even more Christmas-related happenings (if you can believe it), I admired the lights at the Time Warner Center:

Smiled every time I spotted a corner Christmas tree stand: 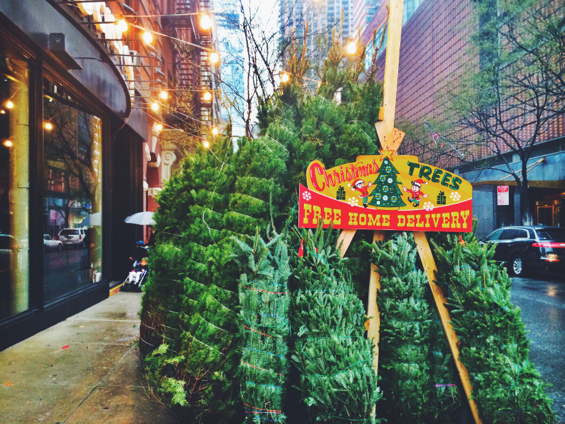 And people-watched at the Central Park skating rink: 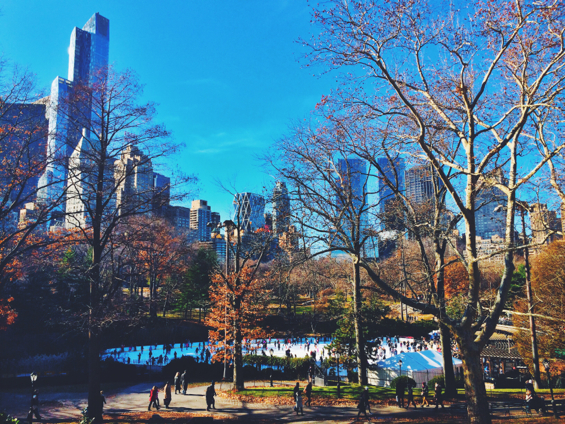 I also made my way to Brooklyn to see the Nutcracker at the Brooklyn Academy of Music (which was fantastic):

In non-holiday news, I saw the a capella group Straight No Chaser in concert at the Beacon Theater – they were hilarious and so, so talented:

And I also watched Hedwig on the Angry Inch on Broadway. It was quite different from other Broadway shows I’ve seen, but really entertaining – and Michael C. Hall flat-out kills this role.

I also spent time in one of my favorite Manhattan neighborhoods – the West Village. After a delicious breakfast at Café Cluny, I passed a morning wandering from street to street, poking into shops and ogling the beautiful brownstones. 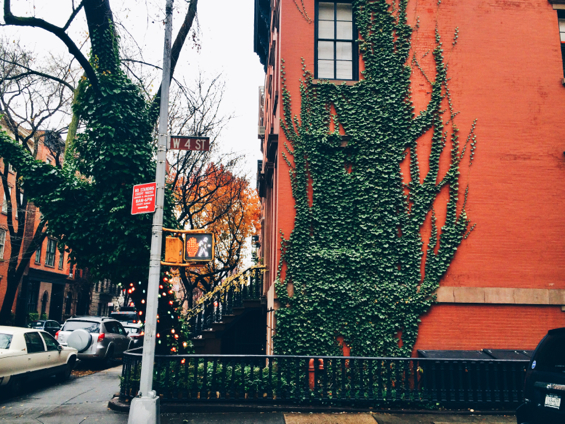 And the month ended on the highest note of all: celebrating New Year’s Eve with my best friends. We went to a Flapper-themed party in the Financial District and the night was an absolute blast.

So cheers to December, but even bigger cheers to 2015!

And in you missed it: November in review

2 thoughts on “December in New York: A Few Favorites”