I mean, if T. Swift says New York is waiting for you, it has to be true, right?!

One thing New York has been, however, is a city that’s starting to feel more and more like home. And so, even though we are well into February now, I could not resist ignoring my own tardiness and looking back at January anyway, because it was a pretty good month.

It started out on a high note, with some of my best friends in town for New Years Eve festivities. On New Years Day, we wandered through the Central Park Zoo:

The next day, we headed to Williamsburg for a tour of the Brooklyn Brewery. While I think the Brewery is a fun place to meet with friends for a drink, I have to say the tour left a bit to be desired: it’s short, not terribly informative, and basically consists of two stops. I wouldn’t wait a long time for it (which, as tickets go quickly, you often have to do). 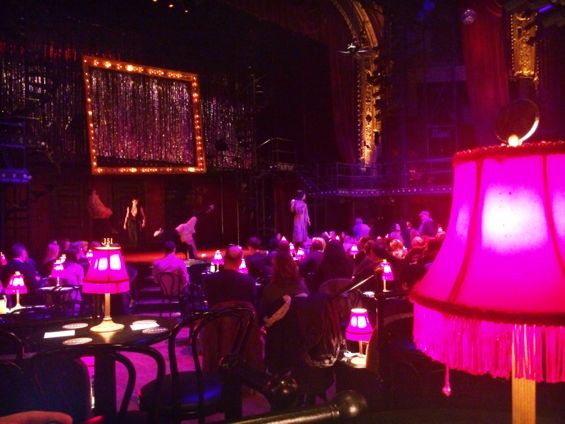 We also stopped by an art gallery in the Meatpacking District to see Suits: Behind the Lens, a collection of on set, behind-the-scenes photographs by Patrick J. Adams. Oh, and we met Patrick J. Adams. Kind of awesome. 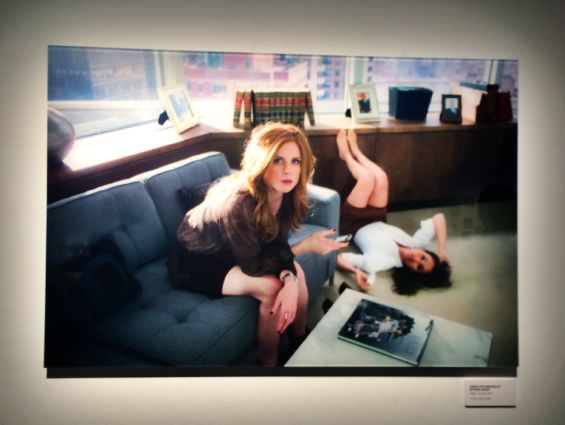 In other news, despite the frigid temperatures, I walked the loop in Prospect Park:

And I walked a lot of the loop in Central Park:

And I wandered through Riverside Park just in time to see a sweet sunset:

I visited Chelsea on a very rainy day (but it still looked pretty cute despite the weather): 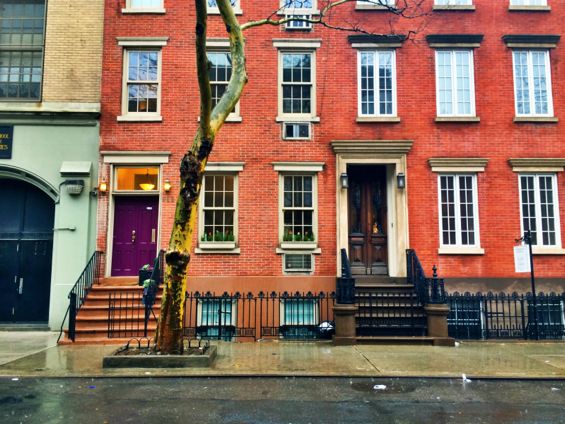 I visited Nolita and Soho on a very windy, frigid day (both neighborhoods also retained their charm): 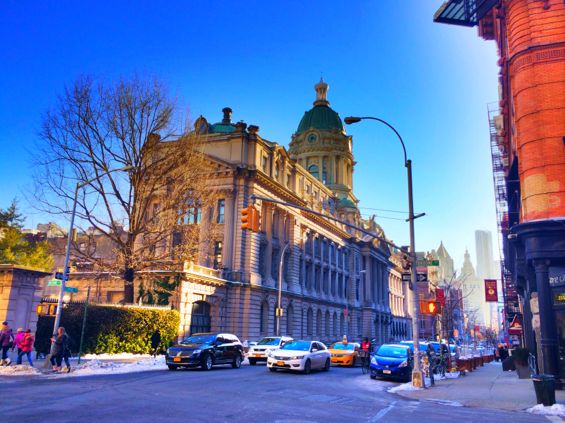 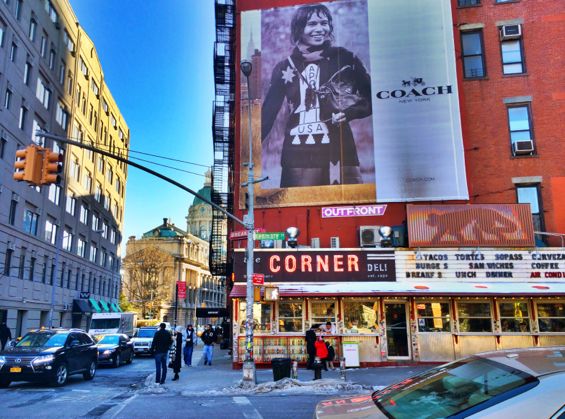 And I survived the great Blizzard of 2015, which turned out to be – for NYC, at least – not much of a blizzard at all.

In foodie news, there were many good meals this month, from a tasty brunch at Williamsburg’s Shelter, which can only be described – with its tree stumps for seats, canoe and bicycle decor, and mason jar candle holders – as a hipster paradise: 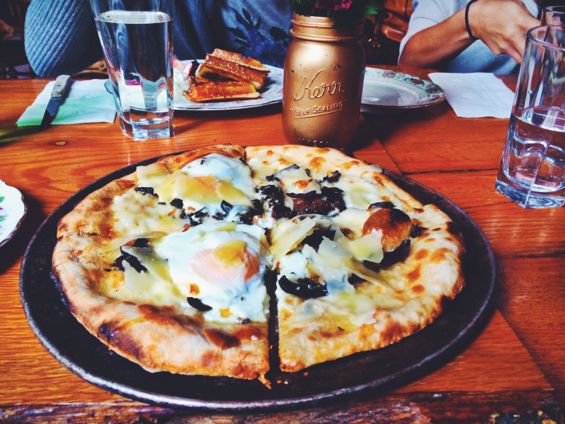 At the Tipsy Parson, I found what just may be one of my new go-tos for brunch. The chicken and waffles were delicious, and the rest of the menu looked so appetizing as well – definitely worth a return trip. 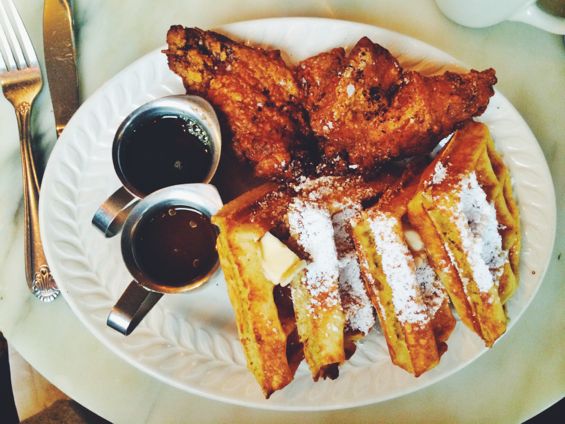 At Café Lalo, I channeled my inner Meg Ryan in You’ve Got Mail, and while the café is super cute (you can tell exactly why they chose the spot for the movie), I found the food underwhelming.

At The Fat Radish, I had an amazing (but, sadly, also amazingly greasy) burger: 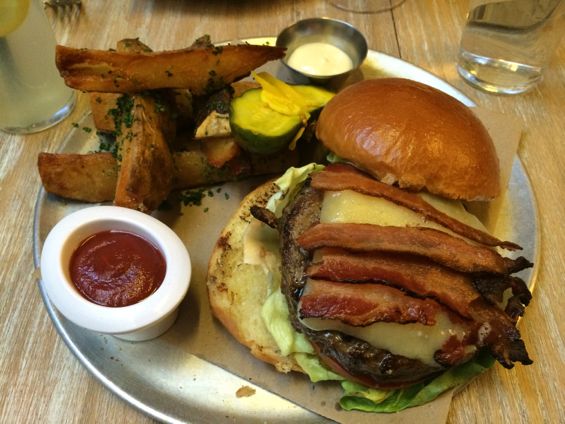 At Fig & Olive, I enjoyed the rosemary chicken panini with a side of white truffle olive oil fries (the panini was standard, the fries were yum): 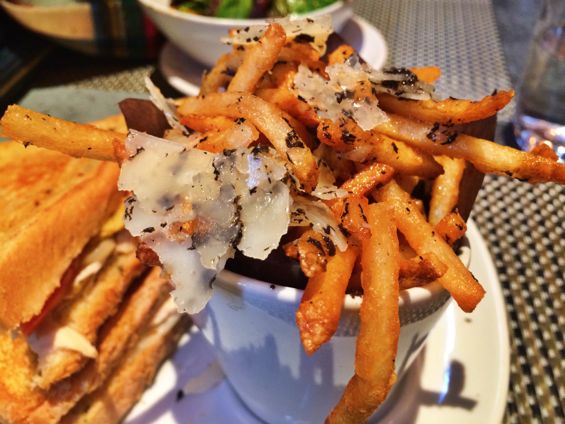 And in terms of local eating, I found myself at Communal Table twice, once for a quiet Saturday morning breakfast and the second time for a dinner with friends – and both times involving their flatbread pizzas, which are on point: 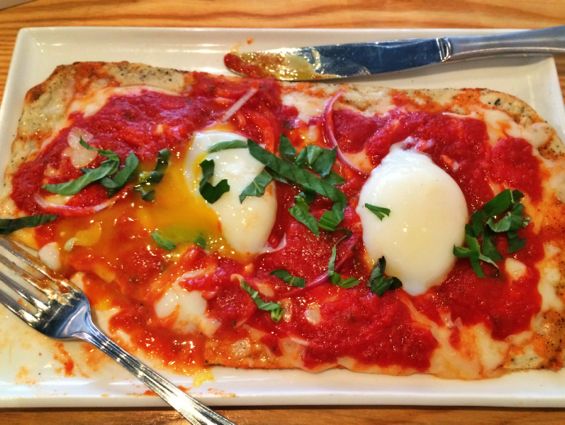 And though it pains me to end on such an obvious and cringe-inducing note, I’ll just go ahead and say it: January was pretty sweet (absolute utter craziness at work notwithstanding).

3 thoughts on “January in New York: A Few Favorites”