This summer in the city has been….crazy. Crazy hot, crazy busy, crazy fast. In June, I did ALL THE NEW YORK THINGS. In July, I got slammed at work and had time to write about none of it. And so, instead of my usual monthly recap, this month is two for the price of one (what a steal!)

First there was Shakespeare in the Park, which I was lucky enough to nab tickets for through work. The play was The Tempest and while I was a bit lost in parts (and wished I would have read the play first), it was awesome to see Sam Waterston and Jesse Tyler Ferguson perform live.

Another evening, I went to Philharmonic in the Park with friends. We bought a small fortune in snack food (including pizzas from my Upper West Side favorite, Patsy’s) and settled in for a night of live music from the New York Philharmonic. It rained on and off throughout the night, which was a bit of a bummer, but it was still such a fun event – and one I’m sure I’ll repeat each year.

And finally, I hit up SummerStage with my best friend for an Ingrid Michaelson concert. We had seen her perform at the Blind Pig way back in 2007, so we were well overdue to see her again. Ingrid is so fun live; she does all these funny, quirky little bits and, of course, sings a mean song too. 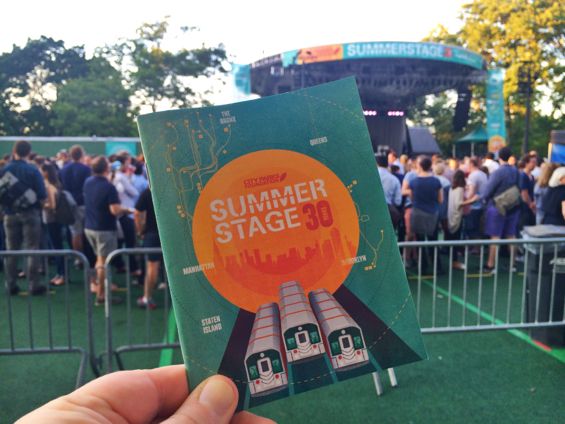 One of the coolest things I did in June was take a rainy day wander through the Met. While I saw a ton of great albeit random stuff (Faberge eggs! Van Gogh! Sèvres porcelain! Egyptian temples!), the highlight was clear: the China Through the Looking Glass exhibit. The costumes were exquisite: intricate beading, vibrant colors, ruffles for days. I was completely enthralled.

In other arty pursuits, New York Botanical Gardens has a Frida Kahlo exhibit running right now. A friend and I hopped on the Metro North for Frida al Fresco – live music and dancing, margaritas, and, of course, Frida’s art. Very cool.

And in less successful artistic endeavors, I toured the Yoko Ono exhibit at MOMA with another friend. Some of the pieces were truly intriguing, while others were bizarre and, frankly, ridiculous. It wasn’t quite my cup of tea, to say the least.

Anyone who wandered around the streets of Manhattan on certain nights in June might have noticed a strange phenomenon: hordes of people, stopping in the middle of crosswalks, attempting to snap a picture of the sun setting perfectly in line with the city grid. Yes, it was Manhattanhenge, and while it was overcast on the night I tried, I still managed to steal a few good shots throughout the month.

On the day after the Supreme Court’s historic decision, I met up with some friends in the Village to watch the Pride Parade. The streets were crazy packed and the parade seemed to go on forever, but it was such a fun experience, and so cool to see how thrilled everyone was. #LoveWins. 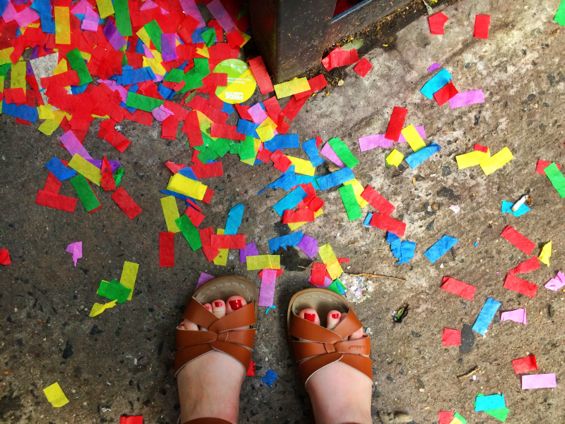 This summer, it has become clear: it’s Amy Schumer’s world, and we are all just living in it. I saw Trainwreck (of course) and loved it (of course) in July, but before that, I saw the Trainwreck Comedy Tour with my sister. Featuring Amy Schumer and friends (including Judd Apatow and Vanessa Bayer), this was a hilarious show. So fun to see her do stand-up in person! 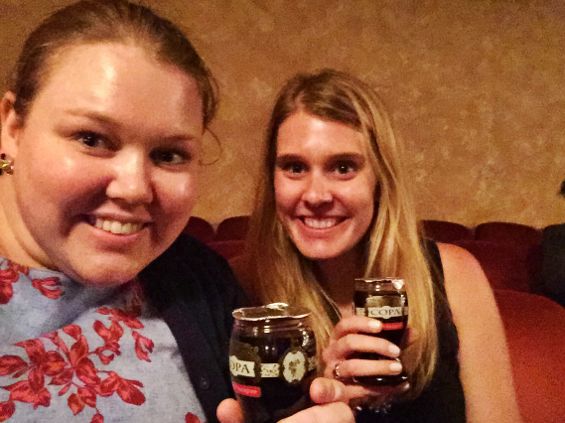 Faithful readers (so, my mom) (hi, mom!) will recall that I saw Les Mis on Broadway last November (and in London last February). Still, it’s a great show, and always worth a repeat viewing. And one of the only saving graces of working in Midtown is that I am insanely close to every major show – meaning that a friend and I were able to pop by for a performance on a random Wednesday after work. 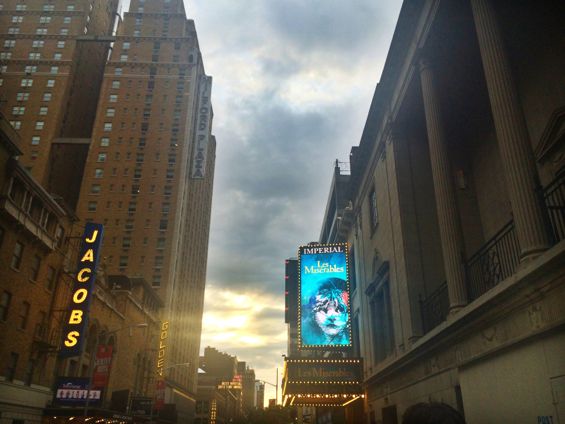 Another place I revisited in June was The Smith, my go-to restaurant on the Upper West Side. We dined al fresco and drank rosé and I had a black tagliatelle with shrimp and scallions – a lovely New York evening. 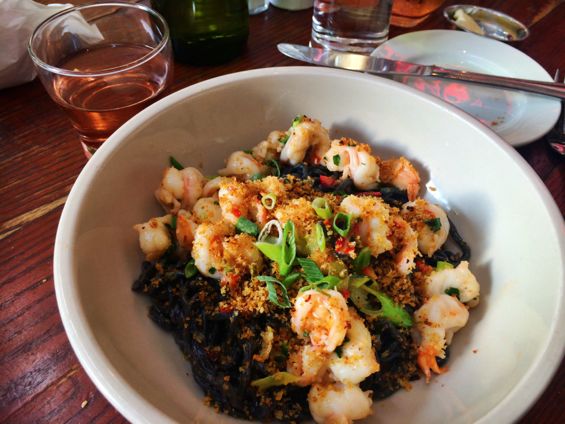 One thing I rarely write about here are lunches I go on at work; I simply can’t bring myself to whip out a camera in front of my co-workers, which is a shame as we hit some of the best New York spots. At Le Bernardin, however, I managed to sneak a few quick shots during our prix fixe lunch, where I had the North Carolina shrimp, the salmon, and a dessert whose name eludes me. 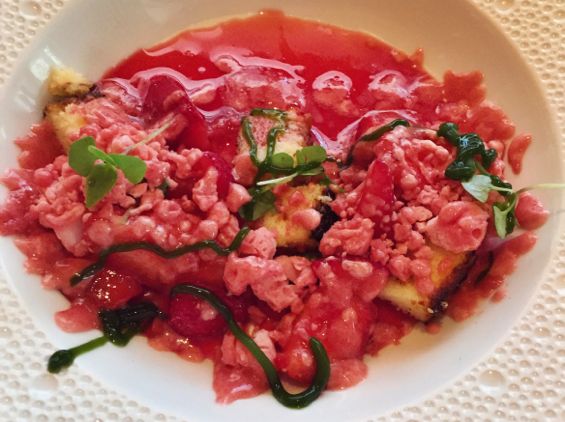 Likewise, while I didn’t take any pictures at a work lunch at Aureole, when our dessert came out, everyone agreed that it was photo-worthy. Is it a dessert or a woodland creature? The world may never know.

For brunch one weekend, my sister and I met up at Estela, where we shared several items: salted cod and potato croquettes, burrata with salsa verde and charred bread, and lamb ribs with charmoula and honey. Each was great, but the burrata was the clear winner in my book.

After brunch, we continued our culinary odyssey, walking to Davey’s for some gourmet ice cream. I opted for the strong coffee and the speculoos chocolate chip – two damn fine choices.

In other ice cream news, after a long day at work, I decided to treat myself to the famous cereal ice cream at Milk Bar. While cereal ice cream is a good, albeit odd, flavor, the dessert is totally made by the cornflake topping, which is delicious.

And finally, in a yes-I-am-super-basic moment, before hitting up the Met, I stopped at Laduree for some macarons. While all the pretty colors always tempt me, in the end, my favorite is always, always the salted caramel. You simply can’t beat it.

Previous month-in-reviews for 2015: January, February, March, April, and May.

3 thoughts on “June and July in New York: A Few Favorites”