I mentioned here that Helsinki was something of a blank slate for me, and that included when it came to food as well. Finnish food doesn’t have quite the reputation of, say, French cuisine, and I found myself wondering what the culinary options in Helsinki would be. I needn’t have worried, however, as they were almost uniformly excellent.

The foodie magic began at Restaurant Ask, which I already wrote about in-depth here, but which is worth mentioning again briefly just to emphasize what a great experience it was. Ask, with its focus on locally-sourced, seasonal food from small farmers, seemed emblematic of Helsinki’s emerging and exciting dining scene. I loved this meal. 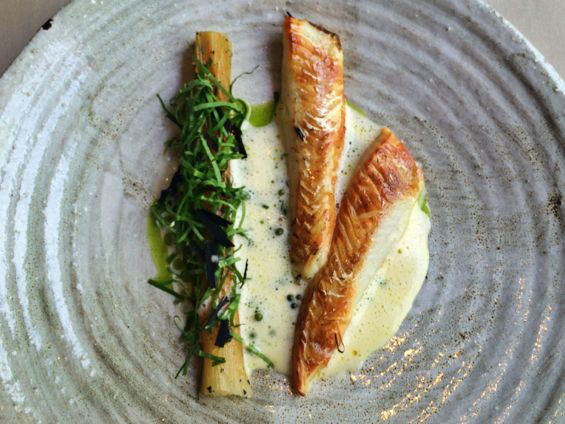 Along with Ask, my other favorite Helsinki food experience had to be Ravintola Juuri. Here, I tried the dinner tasting menu; it was fantastic. To start, I had an elderflower-marinated herring, which was intensely flavorful and quite fishy, reminding me of all the herring I ate during my time in Stockholm. 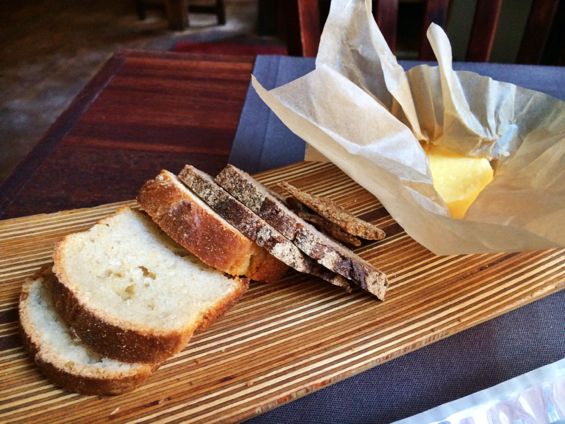 The other starters were part of a super fun concept – they were “sapas,” a Finnish spin on tapas. These small bites included a pike purée, a mushroom muffin, and lamb tongue. Though I had struggled to eat reindeer tongue in Oslo, I liked it here (plus, it came with berries and a few sauces, which more than masked any tongue-y-ness). 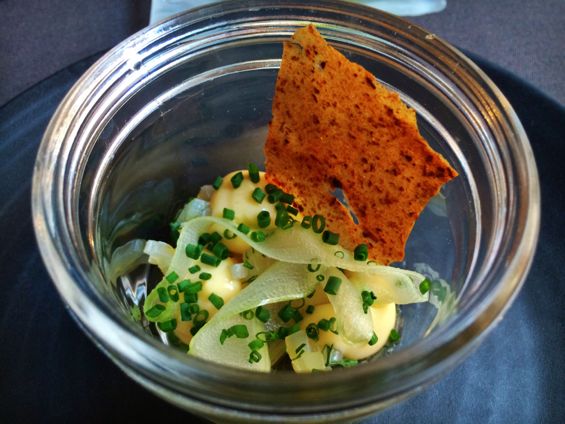 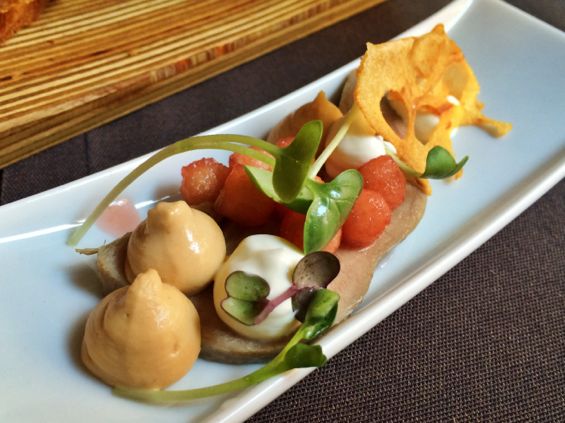 For my main, I had the pike perch, which also came with a fish “sausage” and fried fish. I loved all the ways the fish was prepared; each was quite different, yet tasty. 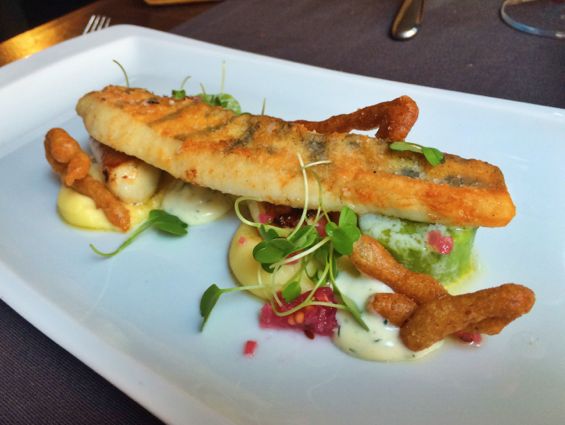 I wrapped up the meal with an almond and barley bostok (a twice-baked brioche, or so the internet tells me) with barley ice cream. Who knew that barley-flavored ice cream could be so delicious?! 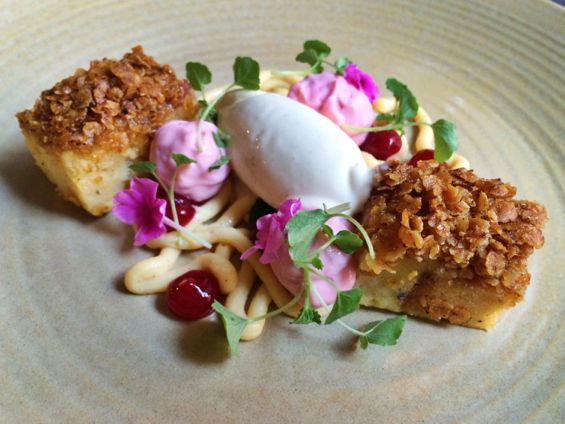 On the recommendation of a local, I tried Restaurant Bronda for lunch one day. I had the roasted chicken, which was quite flavorful but perhaps not the most adventurous menu choice on my part. What stood out to me most about this restaurant was the decor – I loved all the hanging lanterns, and the entire place just had a very cool-yet-cozy vibe. 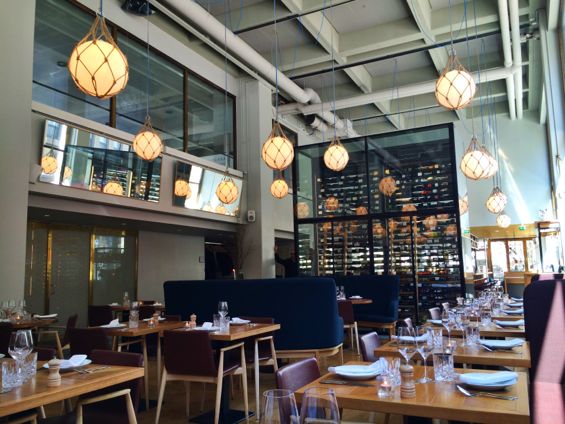 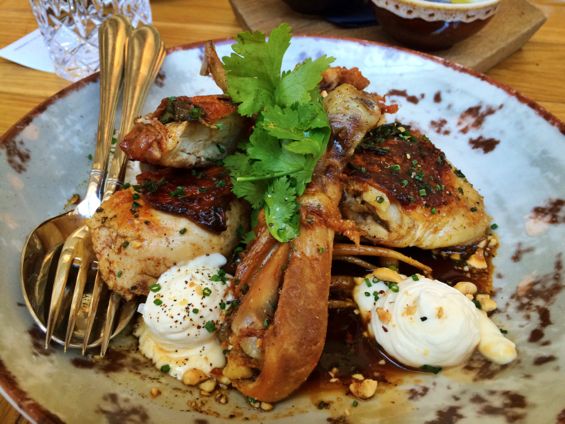 My final meal in Finland was at Restaurant Lasipalatsi, and it was a good one. Lasipalatsi felt a little old-fashioned, and perhaps not as innovative or “cool” as some of the other places I tried, but the food was really good. To start, I had an incredible goat cheese toast. I almost always order goat cheese when it’s available, and it’s almost always a great decision.

For my main, I couldn’t pass up the chance to try reindeer meatballs – something about them just seemed very Finnish to me. They also turned out to be really tasty.

I ended my dinner with a carrot and raspberry cheesecake. It was a decadent and wonderful finish to my meal, and I loved how pretty this plate looked.

The other foodie experience I enjoyed while in Helsinki was a food tour with Happy Guide Helsinki. At just two hours long, this tour was a bit shorter than others I’ve taken but was a good high-level introduction to the city’s food scene. Echoing a theme I had heard in Oslo, our guide kept emphasizing how Finland was becoming much more “foodie” oriented. Because it’s winter for a solid six months of the year, Finns haven’t traditionally eaten much fresh produce (focusing instead on canned and pickled items), but our guide noted that that’s beginning to change.

One place where we found plenty of fresh produce was the Old Market Hall, where we began our tour and which dates back to 1889. The heaps of vegetables and platters of fish at the market’s many stalls caught my eye, and after making a loop, we stopped at one such stall. At Kalaliike Marja Natti, we tried tsaarin lohi, or tsar’s salmon, a super flavorful cured salmon that I could have eaten a ton of. 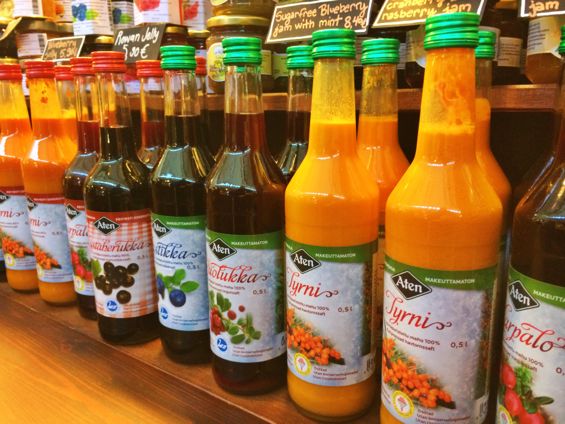 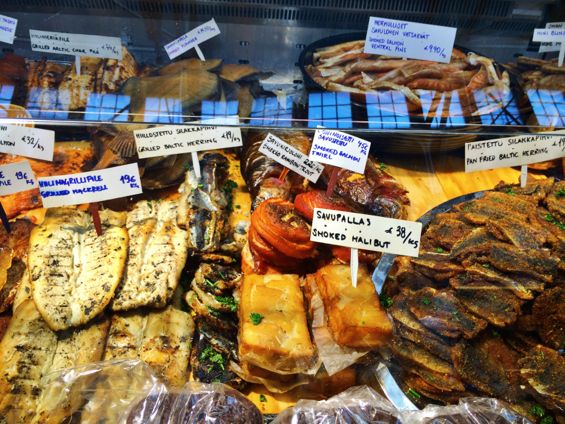 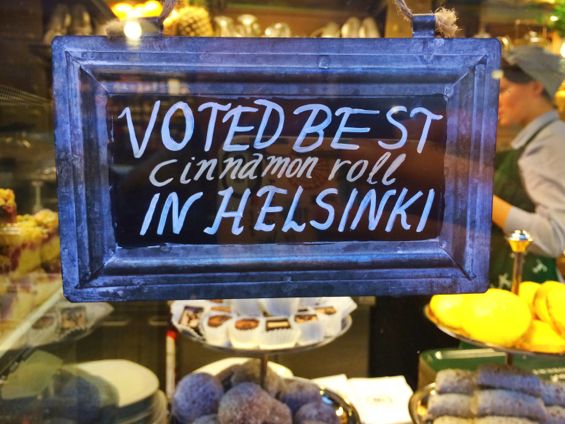 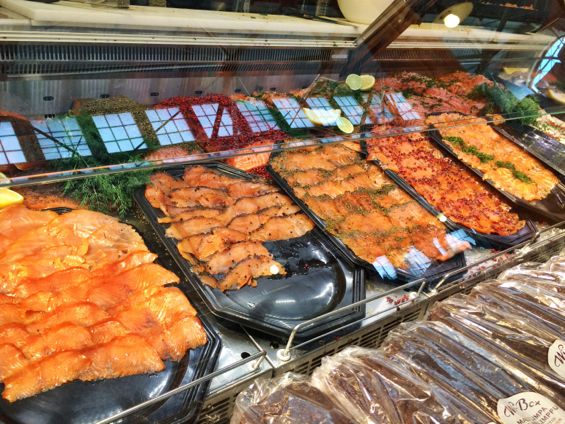 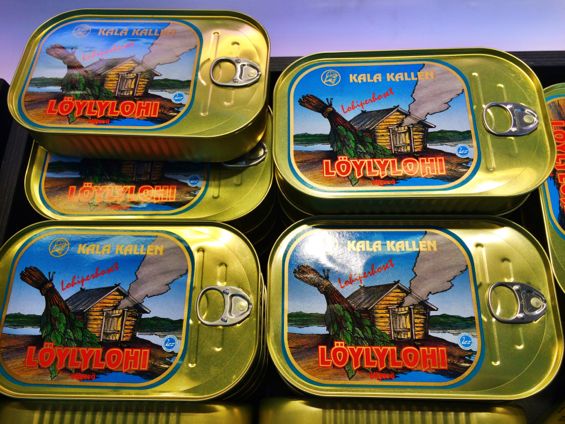 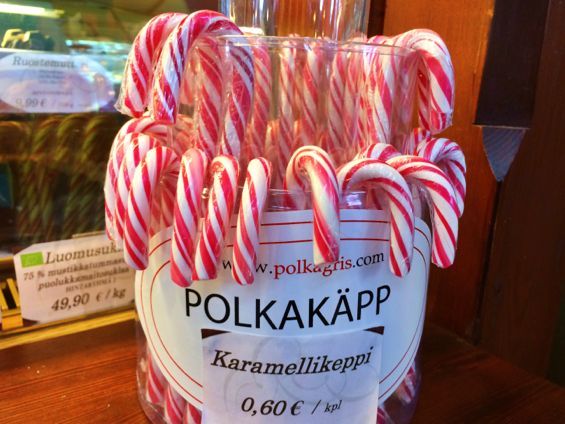 Though we didn’t stop there on our tour, one of the stalls selling cinnamon rolls caught my eye, and later in the day, I returned to the market on my own to nab one. The Scandinavian love for cinnamon rolls – equally prevalent in Stockholm and Copenhagen – delights me. In Finland, they are made with cardamom, a delightful twist on the classic cinnamon roll.

Next, we stopped at Fazer, Finland’s premier chocolatier. This shop – big, and packed with both goodies and tourists – was a bit overwhelming. We each got to try a piece of chocolate, and I selected one with hazelnuts. Yum!

We left the tourist core of town and headed to Kaartin Kotikauppa, a grocery store. I loved that this stop was included: it was a completely ordinary grocery shop, yet it was so interesting to see this little slice of everyday Finnish life. The storeowner – a super friendly, delightful man who was eager to share his knowledge – brought us a tray of goodies to sample: little pies with lingonberries and tippaleipä (funnel cake). We also tried a sparkling apple cider and a mead-like drink, with honey. 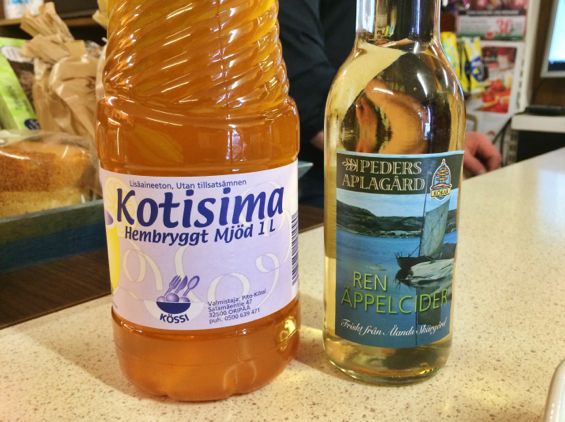 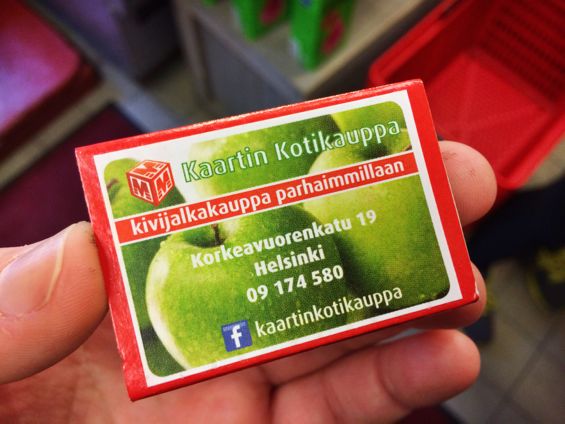 We ate a few more sweet treats at Roobertin Herkku, a candy shop with an incredible variety of goodies. We sampled two pieces of licorice – one a prizewinning variety with an incomprehensible (to my non-Finnish speaking ears) name and the other a white chocolate-covered licorice. We also tried a spoonful of licorice ice cream, and then had time at the end to make up small goodie bags to take home. 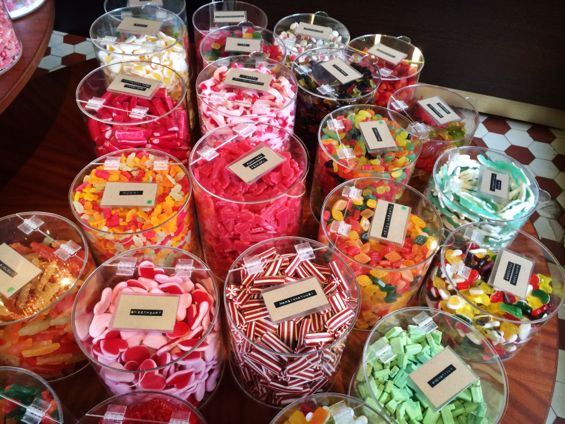 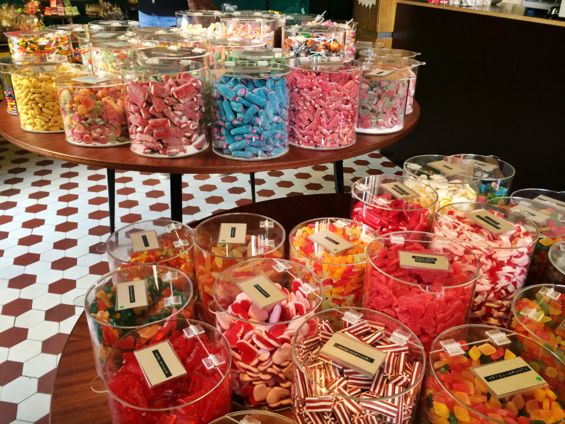 Our tour ended at another market hall, Hietalahti (Helsinki has three in all). There, we tried bread and crackers with blueberry jam. Our guide also highly recommended the blueberry ice cream, so I grabbed a scoop for my walk back into town. The ice cream was good but almost too sweet. I also struggled to pinpoint its texture – it wasn’t quite ice cream, nor was it gelato; it was almost jammy, which felt a bit strange.

Helsinki is not a huge city, but I found its range of culinary options surprisingly broad. Everywhere I went, people seemed to be chatting about the city’s emerging culinary scene, and I feel lucky to have gotten a taste of it, albeit one that was all too brief.