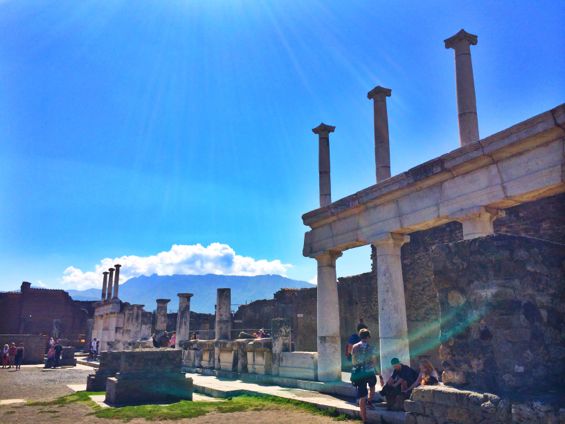 I always call myself a “history nerd,” and I guess what I mean by that is that, when traveling, one of my greatest thrills is coming across a historical place that I have learned about and getting to walk in the very spot where important historical figures once did. In other words, standing in the footprints of history is a major thrill.

One of the first places I can recall having one of these major history nerd moments was during my first trip to Rome, and specifically making that first visit to the Colosseum. Climbing up those crumbling steps and then finding a vantage point where I could take in the entirety of the arena – chills, even now, just typing it up. To think of the history there – the gladiators and emperors and everyday Romans – was overwhelming. 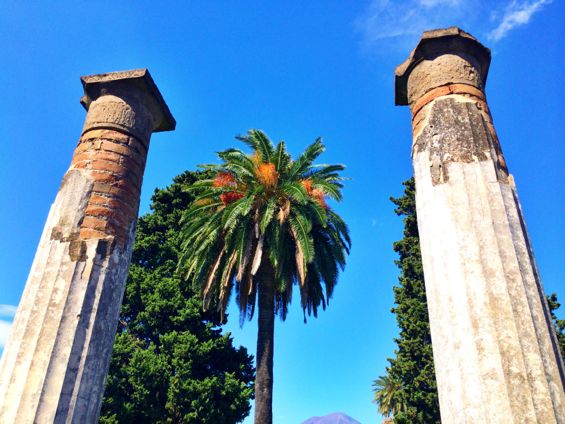 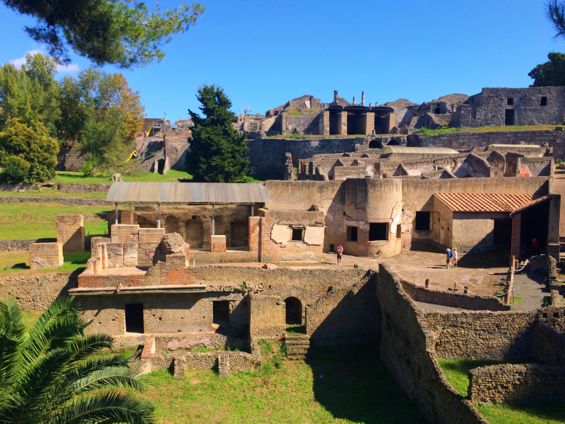 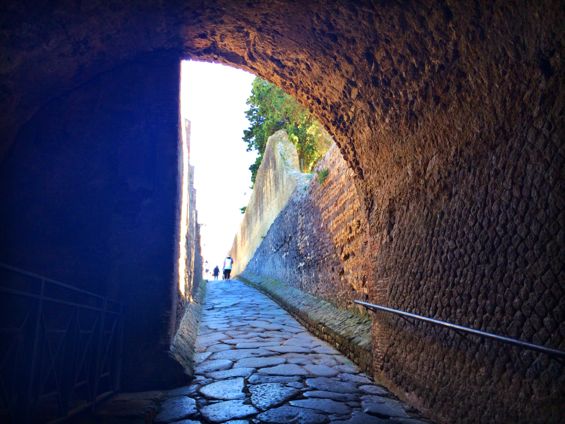 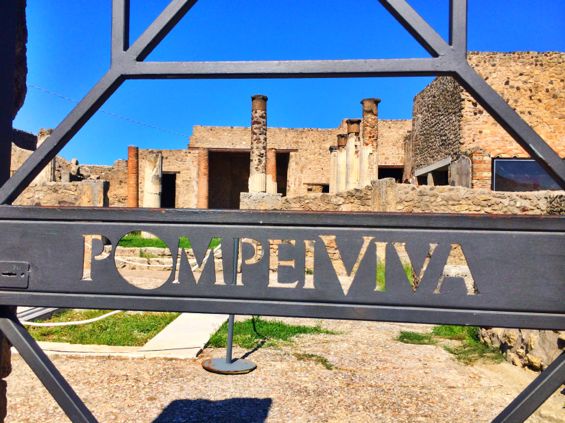 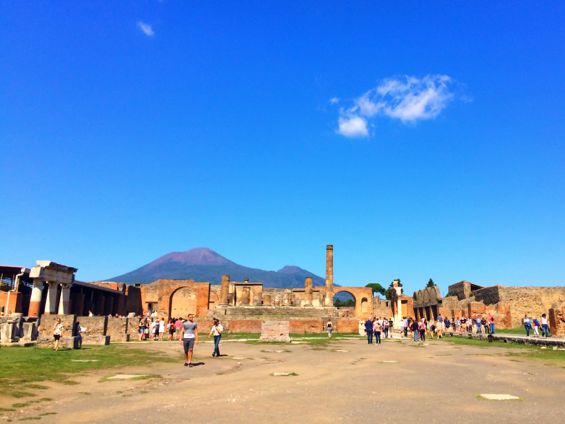 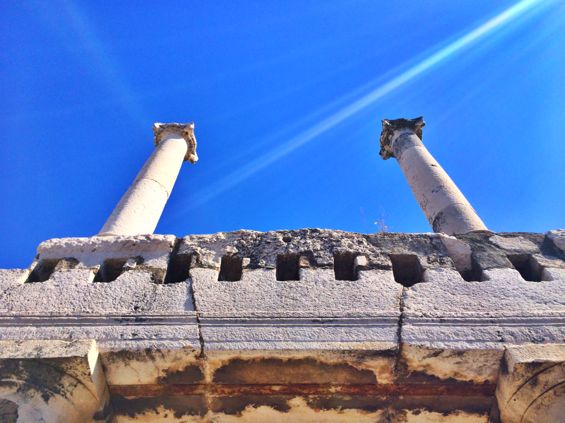 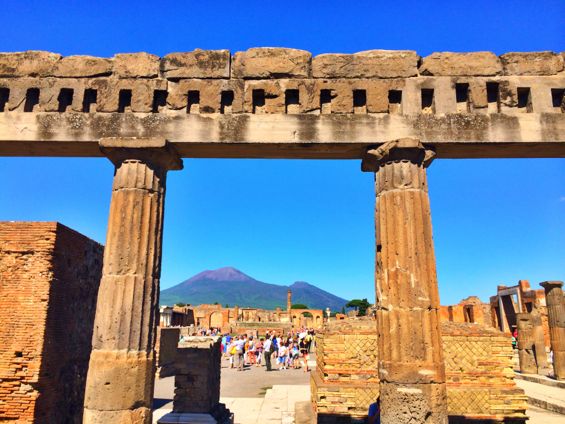 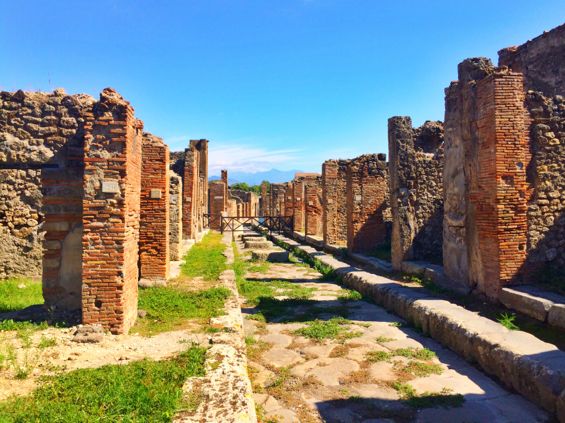 A short train ride from my home base in Sorrento, even non-history nerds likely know Pompeii as the place frozen in time after Mt. Vesuvius erupted in 79 AD and buried the city under ash. What I adored about Pompeii was how easy it was to imagine the city as it once had been: you can still see the entire layout of town, from its streets to its forum (the center of commercial and political life) to its theater. It’s all there, and it’s all relatively well-preserved.

My imagination was in overdrive in Pompeii, thinking of these streets filled with life two thousand years ago. It’s amazing to see the little reminders that real people lived and worked here: the baths where people cleaned themselves, the aqueducts that delivered water throughout the city, the swanky private courtyards where richer residents might have relaxed. 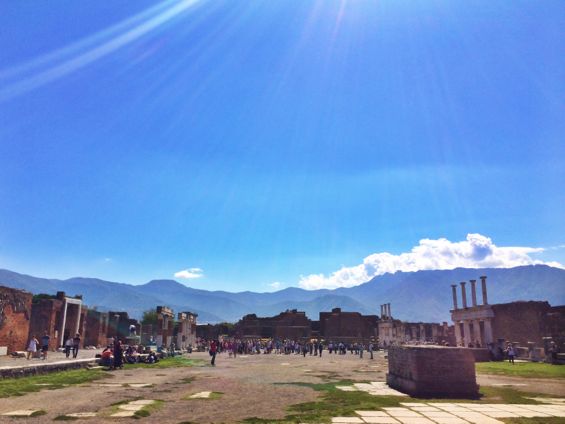 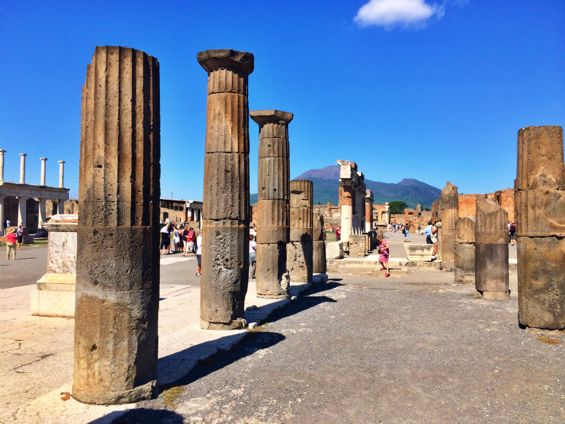 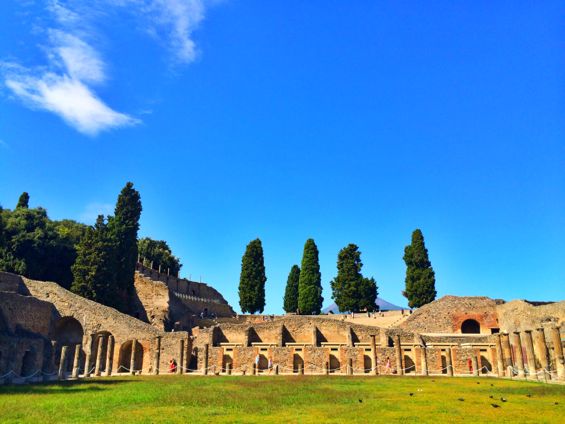 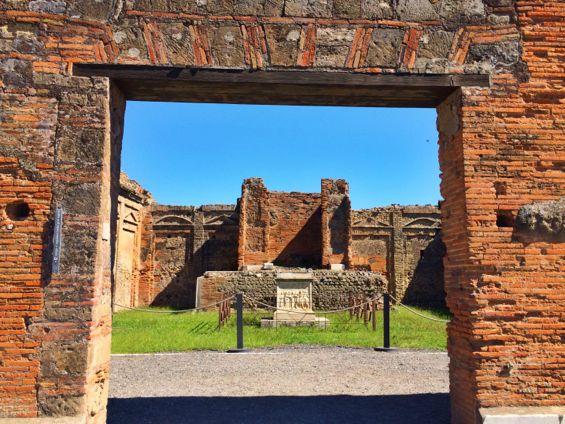 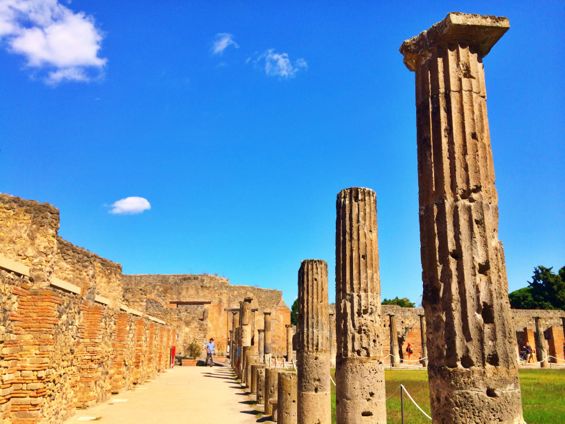 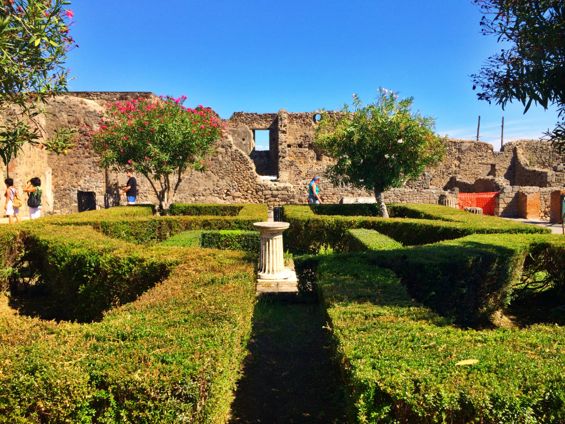 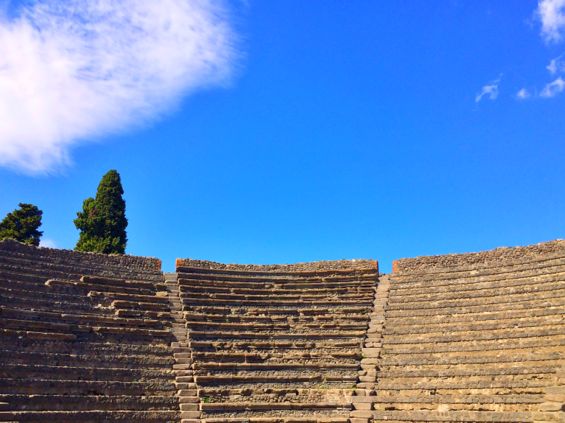 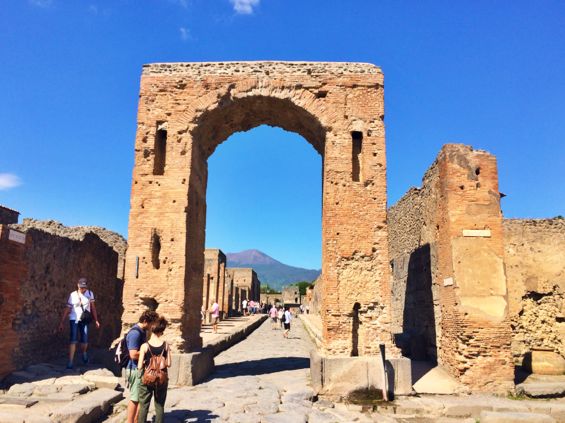 Pompeii’s history unfolded so long ago, yet as I walked its ancient streets, it felt closer than I might have expected. And experiencing that kind of feeling, my friends, is why it is super cool to be a history nerd. 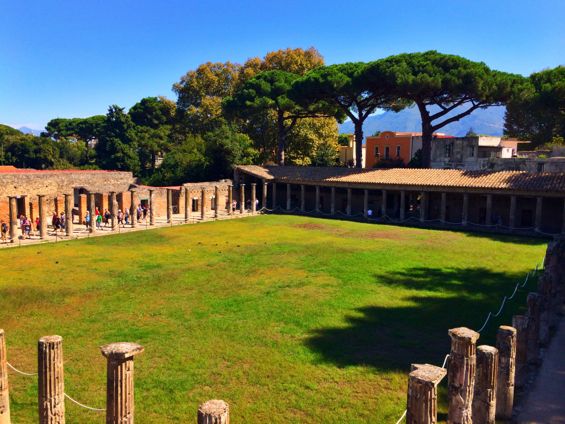 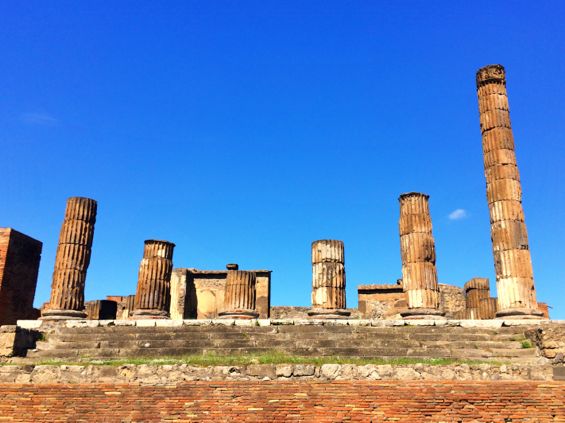 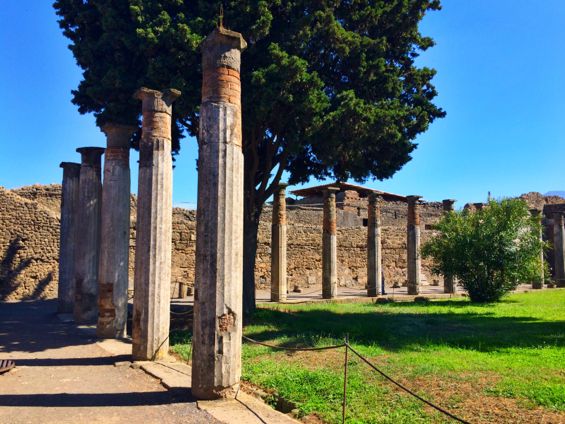 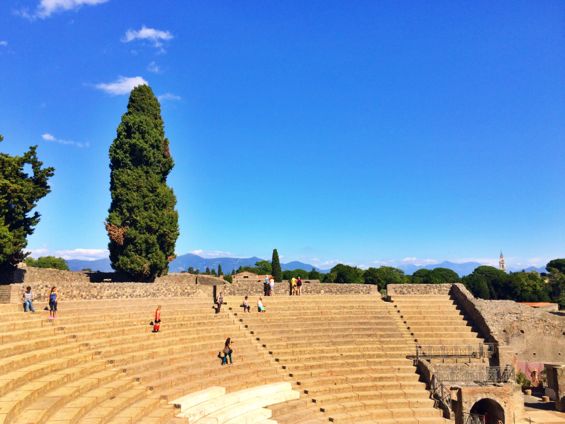 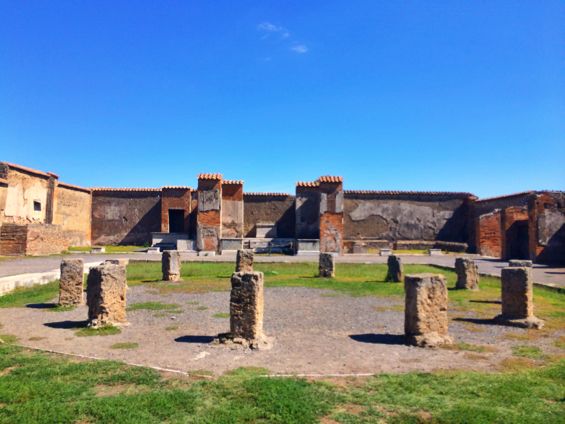 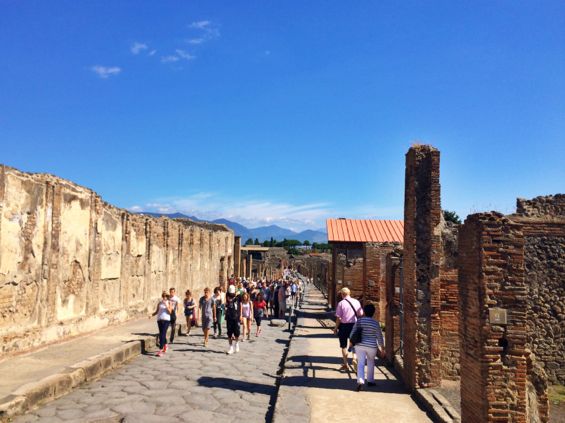 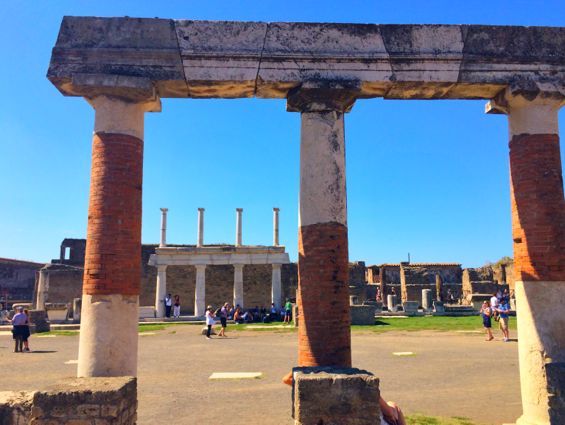 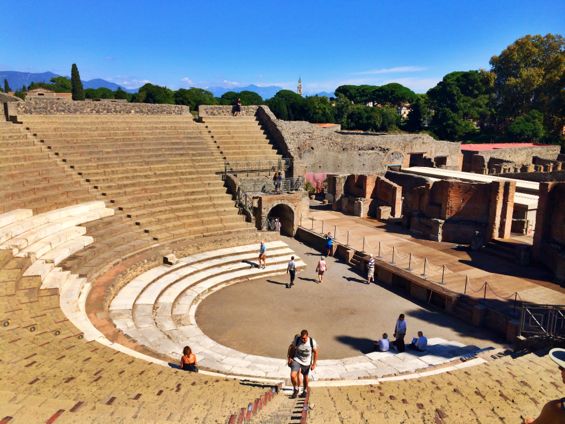 One thought on “Pompeii: Walking Among History”