Getting word that I was shipping out to Paris for a work assignment this fall was a dream come true, but I won’t lie: I felt a little twinge when I realized it would mean missing autumn in New York, my very favorite season of all in the city. Predictably, I need not have worried, as autumn in Paris is pretty damn spectacular too.

One of my favorite spots to wonder is Palais-Royal, which just so happens to be the perfect distance away from my office for taking a leisurely afternoon coffee break. I had peeked into Palais-Royal on previous Paris trips to check out the iconic black and white columns in the courtyard, but what I did not realize at the time was just how vast the complex is: walk beyond the columns and you find yourself in a pretty spectacular garden. So lovely. 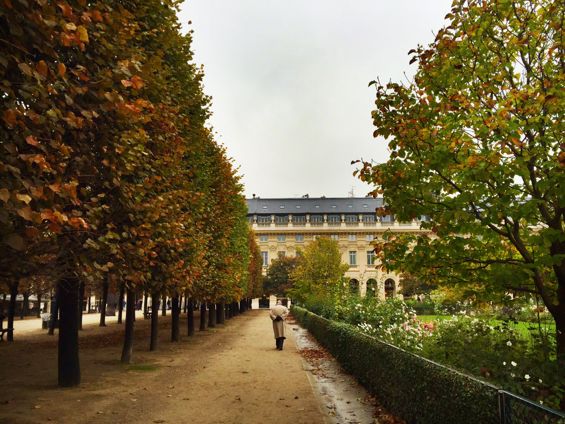 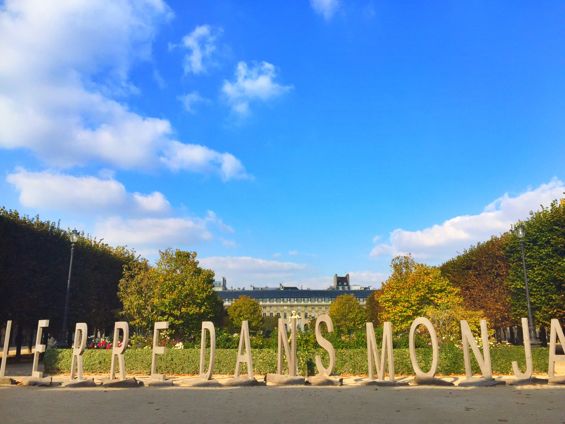 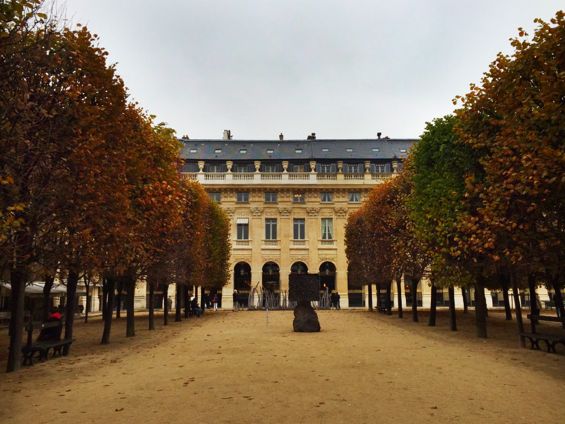 I found myself in Saint-Germain on a very sunny Sunday in October and made a beeline for Luxembourg Gardens. I was in awe of how glorious the park was, its trees glowing golden in the afternoon light. I also loved how much activity fills the park on the weekend: people playing tennis, people practicing martial arts amongst the trees, and people soaking up the sun.

Le Marais is one of the neighborhoods I (and everyone else, it would seem) just gravitate to in Paris. I love the food scene and I love the vibe; it is quite simply a pleasant place to wander. One thing I didn’t realize, however, was how many delightful courtyards and green spaces were tucked within this arrondissement – spots that are, of course, perfection in fall.

I don’t often make it over to the old heart of the city – Île Saint-Louis and Île de la Cité – but I do love walking around both of those islands. I got up early one morning to grab breakfast on Île Saint-Louis, then walked over to Île de la Cité to peek at Notre Dame through the trees whose leaves had turned to autumn perfection. A good reminder to try to get up early more often! 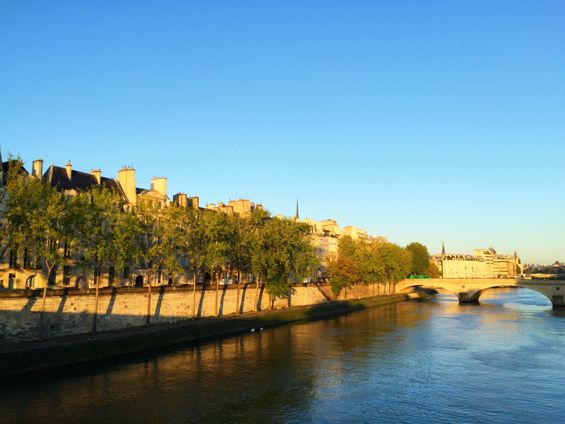 I had made the pilgrimage to Montmartre many times to see Sacré Coeur, but one thing I recently realized was that I had been neglecting the rest of the neighborhood, an oversight I was keen to rectify. Two things stick out about Montmartre: it requires a lot of hiking up hills and it’s very, very charming. I loved all the ivy-covered buildings in particular.

Whenever I find myself near Canal Saint-Martin, it’s usually because of food: there are several wonderful places in the area. But during the fall, there’s another reason to go, and that’s obviously because the canal looks really, really charming as the leaves turn. 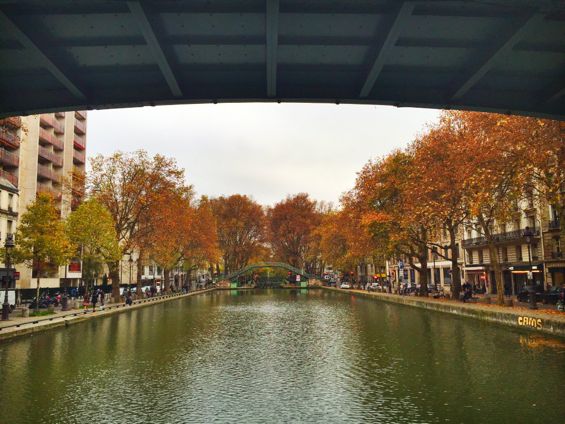 If I had to vote for my very favorite building in Paris, it just might be this one: the Oasis of Aboukir. Located near Rue Montorgueil, this facade is covered top to bottom in plant life. Every time I pass by, it makes me smile.

While not strictly “on my way” to work, the Tuileries are close enough that I can meander through them on mornings when I have extra time. I love the rows of perfectly manicured trees – always gorgeous, but particularly striking in fall. 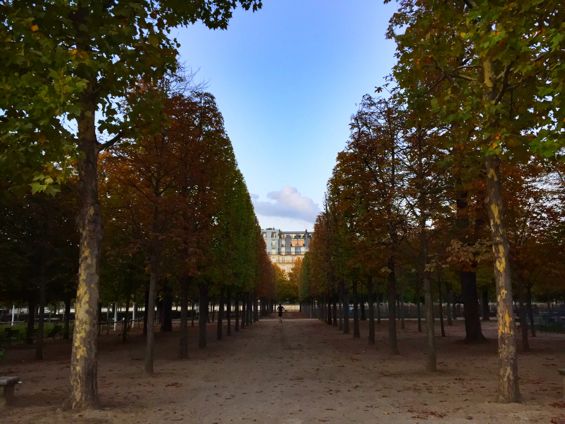 Despite the occasional feeling of homesickness for New York, I am pretty confident that Paris was exactly where I was meant to be this fall. And, I’m getting excited about what’s to come next: Christmas season in Paris (and beyond)! Christmas markets, here I come.

One thought on “Paris: Autumn Scenes to Savor”