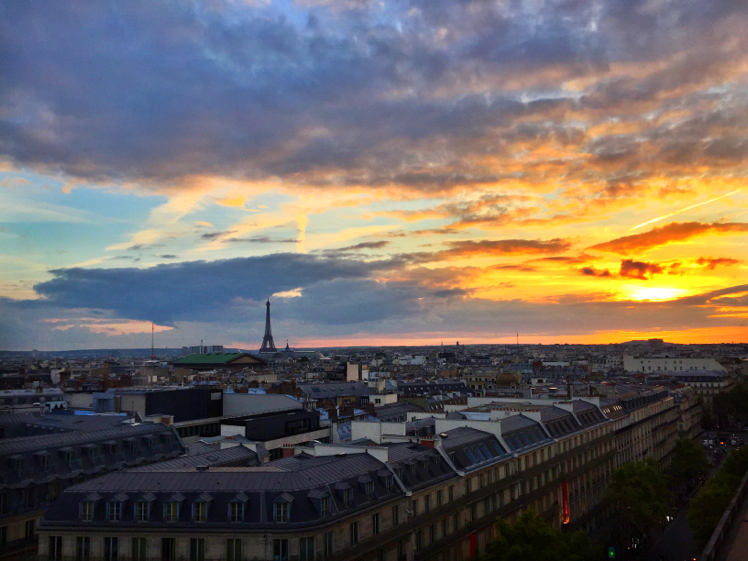 You’re walking in London’s East End, meandering your way from Shoreditch to Spitalfields, when along the way you realize you’ve stumbled upon Brick Lane. You walk down the street, bustling with its Sunday market, when you get an odd sense of déjà vu: you’re standing in front of a restaurant you’ve been in before. You remember stocking up on super cheap wine at your local Tesco, then piling on the Tube and coming here, where you crowded around a big table with twenty friends and had a Bangladeshi feast. It was all new to you: drinking legally at just age 19, the concept of a BYOB restaurant, the cuisine. Who knew you’d be back here, nine years later, still as enamored with London as you were back then, but this time as a traveler on a business trip instead of a student in a summer study abroad program.

You’ve just arrived in New York City. You drop your two bags off at your newly-rented empty apartment (they’re your only possessions until everything arrives on the moving van tomorrow) and then head out to run a few errands in your new neighborhood, the Upper West Side. You walk a few blocks and have to laugh: there’s Josie’s, an organic, overpriced restaurant, unremarkable except for the fact that you ate there, years ago, with your best friends. You walked all over the city that day, culminating in a touristy outing to Central Park’s Strawberry Fields and then a search all over for somewhere to eat before randomly settling on this place. Who knew you’d be back here years later, this time as a New York resident, not a tourist, living in the neighborhood where you always imagined you would live if you wound up in New York.

You’re in Paris for business. After work each day, you wander around the surrounding neighborhoods. You find yourself walking up Boulevard des Capucines toward the Opera house when you realize you’ve been here before: Fragonard Parfumerie. It was nine years ago, and you were on your first ever trip to a foreign city solo, without anyone you knew. You’d joined a tour since you weren’t sure you wanted to be totally alone, but you quickly grew tired of it, and when your guide brought the group to Fragonard, surely hoping for a commission from tour members buying perfume, you snuck away from the group and headed out to explore on your own. You walked to Opera Garnier then, looking up in marvel at the ornate, elegant, and supremely pink building. Who knew you’d be back in this neighborhood so many years later, who knew you’d be working here and walking by that silly Fragonard nearly every single day, who knew the city where you’d once been a weekend tripper would become your temporary home.

I read a bunch of travel blogs, and sometimes I look at them and wonder if I’m doing this whole traveling thing wrong. There are people out there gallivanting to new city after new city, always going off the beaten path, always seeking out new adventures. And then there’s me: happy to visit new places, but not that adventurous, and equally content to go back to my old standbys, time and time again. New York, Paris, London: these and a handful of others are the places that I find myself gravitating toward. These are the places I suspect I’ll never tire of.

I could feel bad about playing it so “safe,” but walking around Paris this past fall – and passing that old Fragonard – got me thinking. I might go back to places again and again, but it’s never mundane or boring. Cities change and people change too, and though it feels a little corny to say, I think it’s kind of neat to go back to places now that I first ventured to a decade ago and think about how my life has changed, how I have changed, in unforeseen and unexpected ways. I’ve been to Paris countless times, but each time was different – and I was different each time, too.

My life may not be one filled with the craziest adventures: there no treks in Nepal, no glacier expeditions in Iceland, no shoestring backpacking trips in southeast Asia. But there are discoveries just the same.

These pictures were all taken last fall, in the area around the Opera Garnier and the Fragonard Parfumerie that I first visited all those years ago. One day after work, I noticed that the sky looked particularly incredible that day and became determined to find a good vantage point to admire it – and after wandering around for a bit, I wound up at the Galeries Lafayette’s rooftop. Boy did it deliver – those views can’t be beat.

One thought on “Paris: New Memories in Old Places”