I had a difficult time connecting with Buenos Aires. It wasn’t that there was anything wrong with the city – in fact, it’s vibrant, interesting, and full of cool corners to explore – but there just didn’t seem to be any one place that “clicked” with me, any spot that grabbed me and gave me one of those magical travel moments. Even though it’s a bit like comparing apples and oranges, I found myself falling more in love with Mendoza, the city I visited after Buenos Aires. Yet if asked why, I can’t quite place my finger on why I loved Mendoza but only liked Buenos Aires. All I know is that while I enjoyed Buenos Aires, but it never quite worked its way under my skin or into my heart. 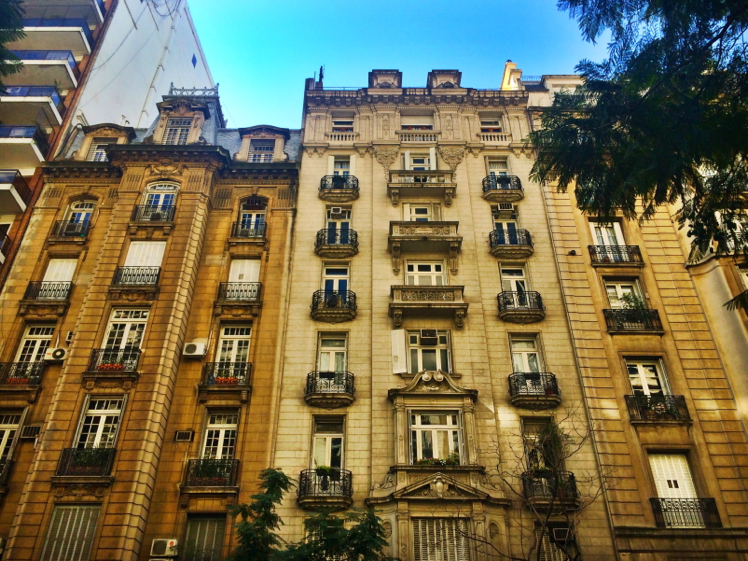 I don’t mean to say that I didn’t have a wonderful time there, though, because I did. I ended my trip inspired by traveling in South America and determined to visit more of the region beyond Argentina soon, and that in great part has to be due to Buenos Aires, my first introduction to the continent. So while it wasn’t a slam dunk for me, it was a success. I’ve already written about a few of the city’s gems, from stately Recoleta Cemetery to vibrant San Telmo Market. Here are a few more favorite finds. 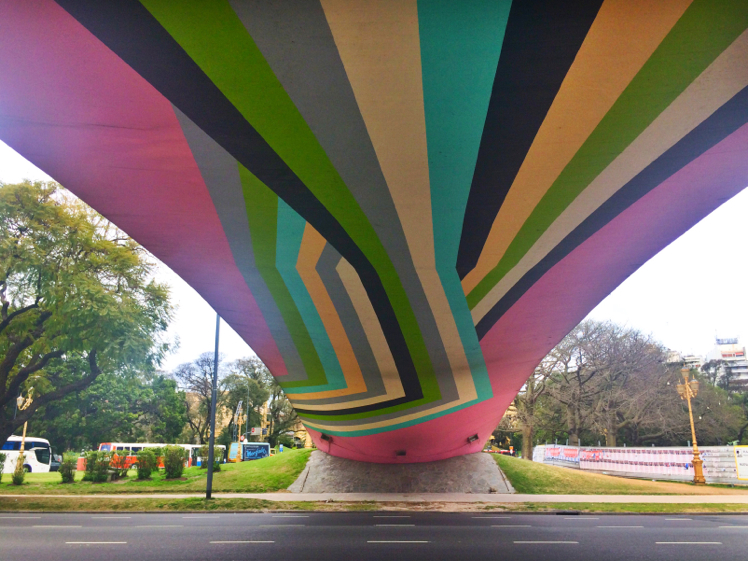 I had read about Bomboneria Vasalissa in several “best of” Buenos Aires blog posts. When I realized it was just a few blocks from my hotel, I decided to make it my first stop in Buenos Aires. The shop features – which you have to buzz to be let inside – contains an elegantly presented range of chocolates. It was hard to choose a few from among the many enticing options, and they all turned out to be yummy!

One of the ladies I was traveling with had read about Florería Atlántico before the trip, and I was so glad she did: this bar was awesome! Walking in the front door, it looks like a flower shop: vases overflowing with gigantic flowers are everywhere. But head downstairs, and you’ll find a trendy craft cocktail bar. We all had Fernet and coke, the Argentinian drink of choice. Fernet is quite bitter, and many people don’t like it, but I thought the sweetness of the Coke counteracted the Fernet quite nicely. I actually quite enjoyed the drink, despite the fact that one person in our group likened it to drinking Vegemite. 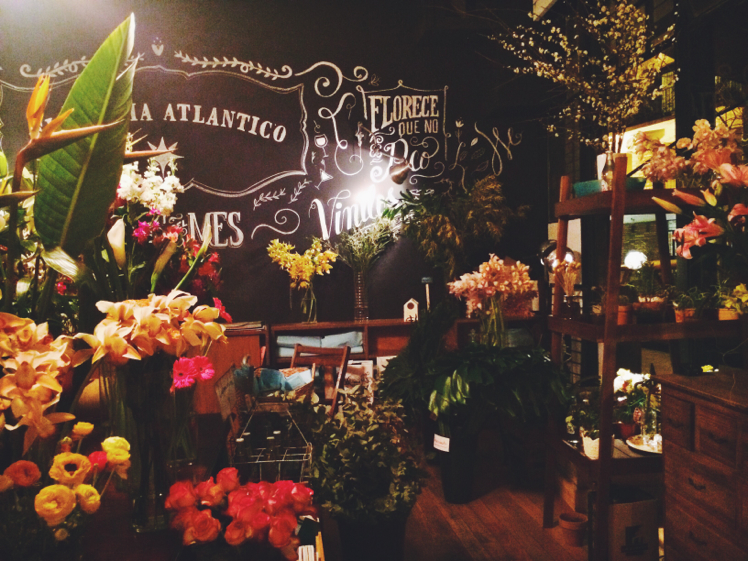 Anyone who has seen Evita has no doubt seen Casa Rosada, location of the famous Evita balcony and home to the Argentinian president. The bright pink house is one of Buenos Aires’s iconic spots, and it certainly is striking. While I didn’t go inside (and in fact, I’m not even certain you can go inside), I admired it plenty each time I passed by.

Not far from Casa Rosada is Café Tortoni, a coffeehouse that also happens to be one of the more famous places to catch a tango show, which we did. I was a bit disappointed by how short the show at Tortoni was – though perhaps that’s typical – but the dancing itself was mesmerizing and intense. Tango is one of the classic Argentinian experiences and certainly not to be missed! 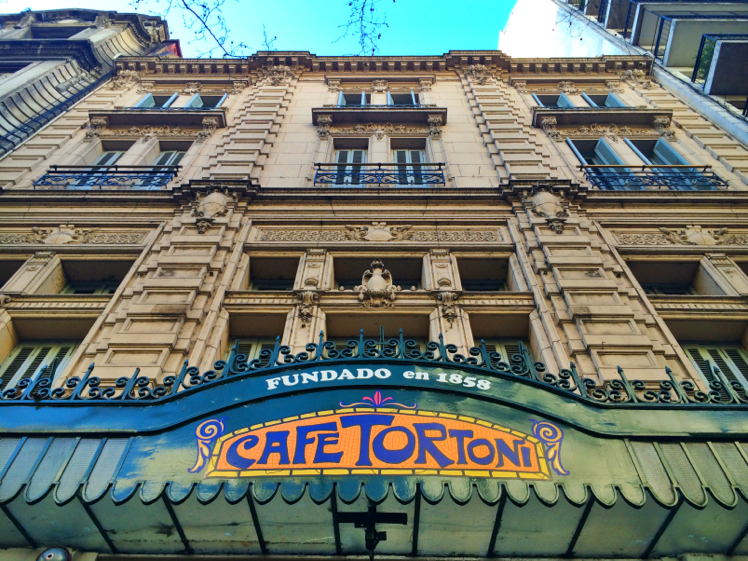 One thing I learned this trip is that Argentinians are crazy about ice cream. At Fragola, we had some of the best. Their heaping portions of dulce de leche (which I combined with mint chocolate chip) cannot be missed.

One of the more random but wonderful pieces of public art in the city was Floralis Genérica, the gigantic – seriously, gigantic – flower sculpture near Recoleta. Made of steel and aluminum, the sculpture changes shape throughout the day, opening its petals in the morning and closing them at night.

Among the cooler things I saw in Buenos Aires was El Ateneo Grand Splendid, a bookshop housed in the building of an old theater. Today, though filled with bookshelves, the old stage and theater boxes are still intact. Needless to say, it puts your local Barnes and Noble to shame. 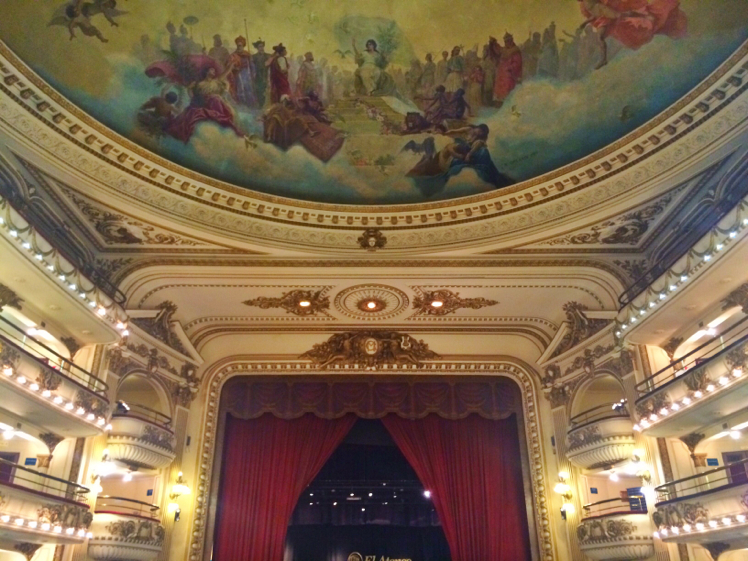 Perhaps my most memorable meal in Buenos Aires was at El Cuartito, a super popular pizza shop. When we arrived (on a Saturday night), the line was out the door and down the block. Luckily, it moved quicker than I would have thought, and soon enough we were inside the bustling restaurant. We ordered empanadas and pizzas to share, and I was shocked by the sheer size of the pizzas when they were brought to our table: they were HUGE! They were also delicious. 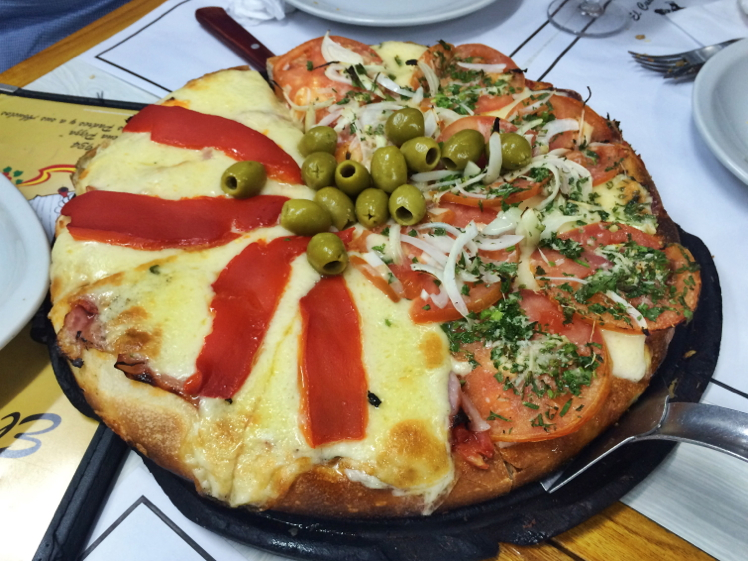 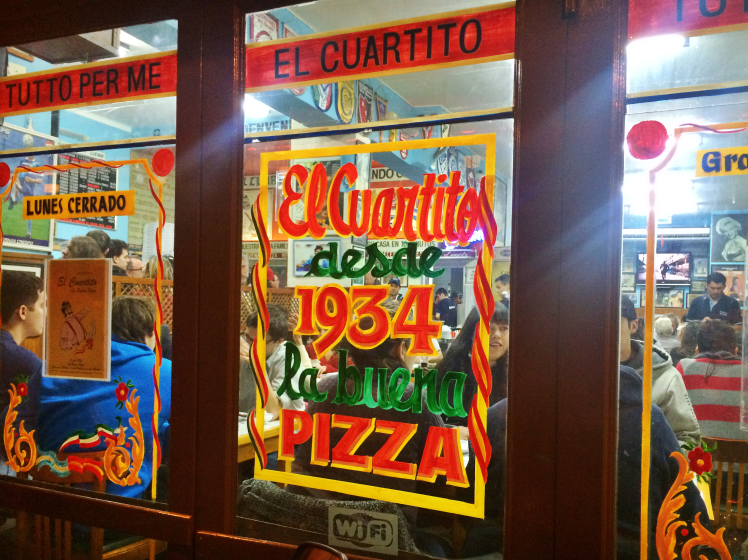 My last meal in Buenos Aires was at Fundación Proa, a contemporary art museum that also happens to have a good restaurant inside. The space is light and airy, and I grabbed a picture perfect plate of empanadas there. It felt quite fitting to eat the ubiquitous empanada for my last meal in Argentina.

I feel I write this after most every trip, but I left Buenos Aires feeling like I had only scratched the surface. The city is huge and sprawling, and I only covered a fraction of it – there are whole neighborhoods I didn’t have a chance to explore. So while I didn’t love the city, I’m not sure that’s necessarily my final opinion on it. I hope I’ll get the chance to return one day and see more of this intriguing place.