When in London, you are pretty much always surrounded by Very British Things (duh!), but there are some places that seem particularly British. For example? The afternoon tea at Hotel Café Royal, which comes complete with Tube-themed macarons and sweets reminding you to “keep calm and carry on.” Yep, God save the queen. 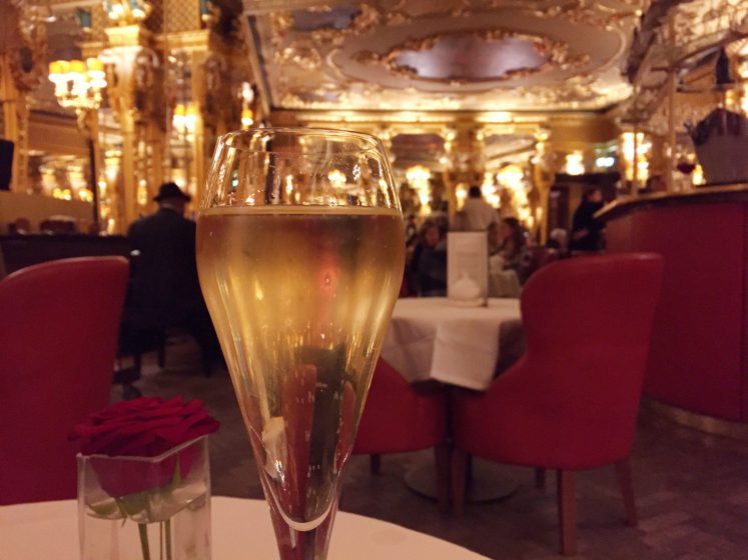 The tea at Hotel Café Royal takes place in the Oscar Wilde Bar, so named because good old Oscar himself dined there daily. In keeping with the room’s theme, every so often, waiters read off Oscar Wilde quotes to guests – a fun little touch. As for the tea itself, I found everything very tasty. And while I usually go to an afternoon tea hoping to be wowed by the sweets, in this case, I was surprised by just how yummy the savories were, too. That’s not to say the sugary stuff wasn’t great, just that the savory bites were a cut above your usual afternoon tea fare.

Speaking of the savories….the cucumber sandwich (left) was really tasty, which is something I say about cucumber sandwiches literally never. The muffin (right) was topped with goat cheese and came with a little squeeze bottle of tomato sauce – a fun touch!

Smoked Wilde (get it?!?) salmon with quail egg and a prawn sandwich with spices and London honey:

A chorizo and caramelized white onion Wellington (so tasty I’d love to find a way to recreate it myself) and smoked boar with pickled apple and English mustard: 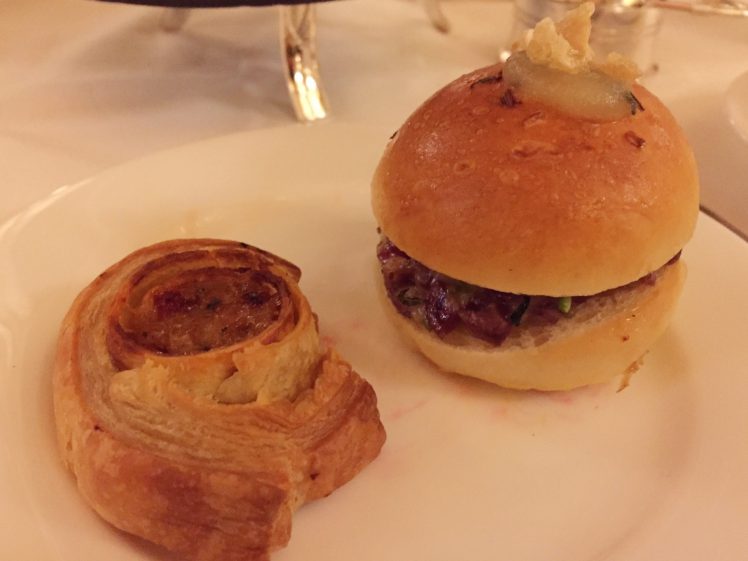 Scones (one with raisins, one plain) with clotted cream and strawberry preserve:

A pre-dessert snack (an idea we should all adopt) of fruit tea with a crown biscuit:

Then it was on to the desserts, all of which carried on the British theme. 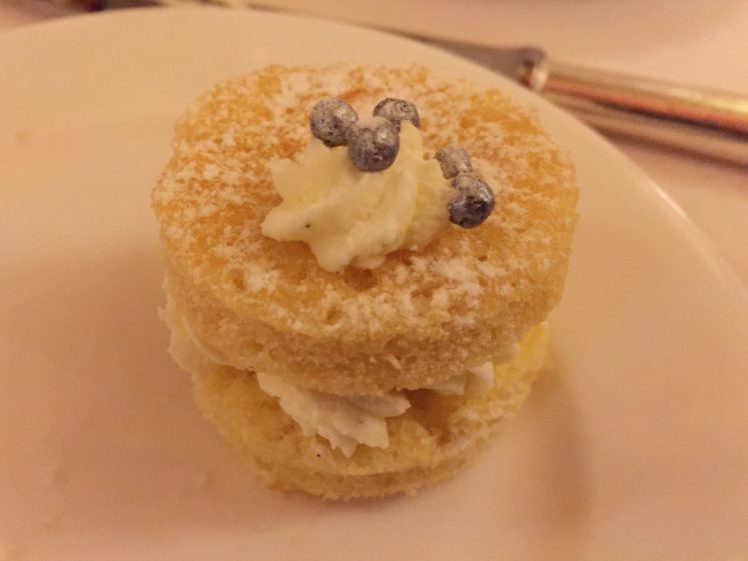 The Spitfire lollipop (oh so tasty!):

The Battenberg (my favorite treat of the day) and the Underground macaron: 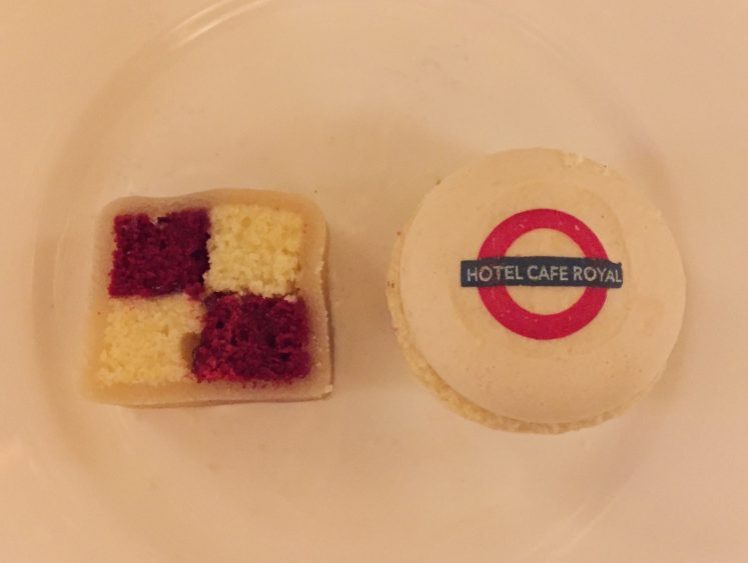 And finally, the Raspberry Regent and the Pearly King and Queen Opera (I’m not 100% sure what either of those things mean, but both were yummy):

The bottom line: the Oscar Wilde Bar is gorgeous (those gilded ceilings!), and I felt very elegant snacking on British treats with a glass of Veuve by my side. Definitely a fun themed tea to add to your London list.

One thought on “London: A Very British Tea at Hotel Cafe Royal”