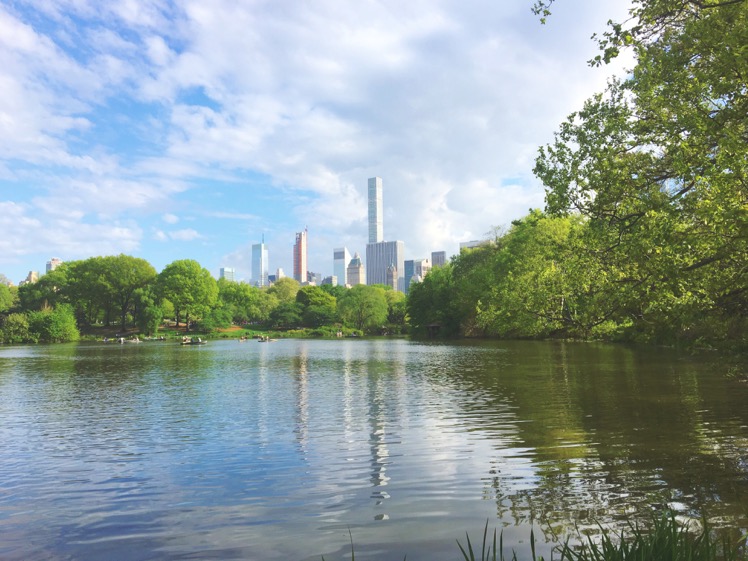 One thing I often think about when it comes to New York is how up-and-down my relationship with this city is. Sometimes? Sometimes I truly love it and can’t get over how lucky I am to live here and to have all these museums and restaurants and Broadway shows right at my fingertips. Other times? Other times I’m drenched in sweat, standing on the Subway platform, waiting for a 1 train that will never come, watching a rat scurry across the tracks, and . . . I don’t love it so much. Luckily, I’ve been in much more of an “I love New York” mood for the past few months (though, regrettably, the rats are still there).

I started off May with a trip to see everybody’s favorite internet famous dog, Doug the Pug, who was giving out “pawtographs” at the Strand. Did I feel mildly ridiculous waiting in an around-the-block line to get 10 seconds with a dog? Perhaps. Would I do it again? Obviously. 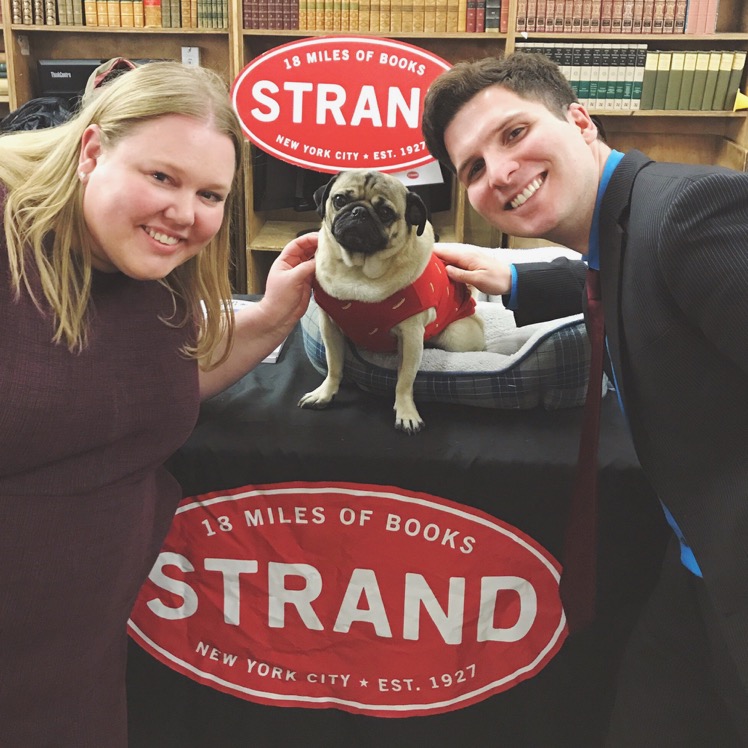 I took a random post-work walk through Central Park one Friday evening, and I was delighted to see the bluebells in full bloom. How dreamy! 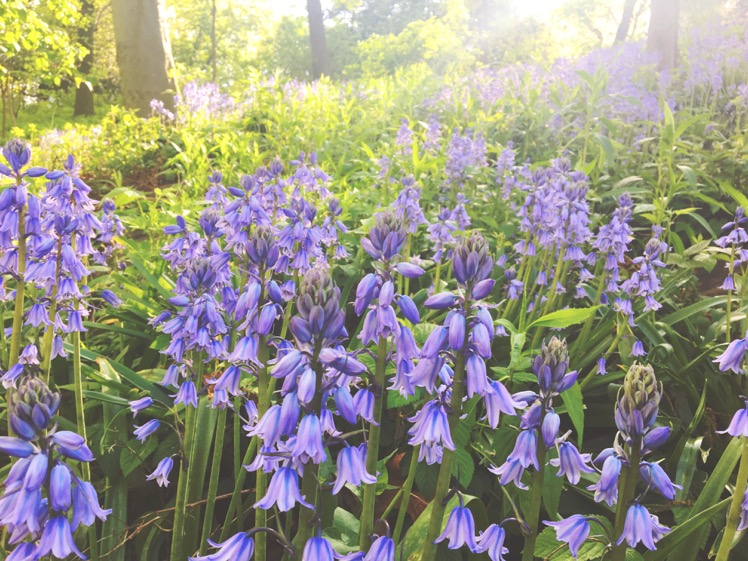 This month, I also made a long-awaited visit to the Whitney Museum with my BFF, where we took in art both sublime and ridiculous. 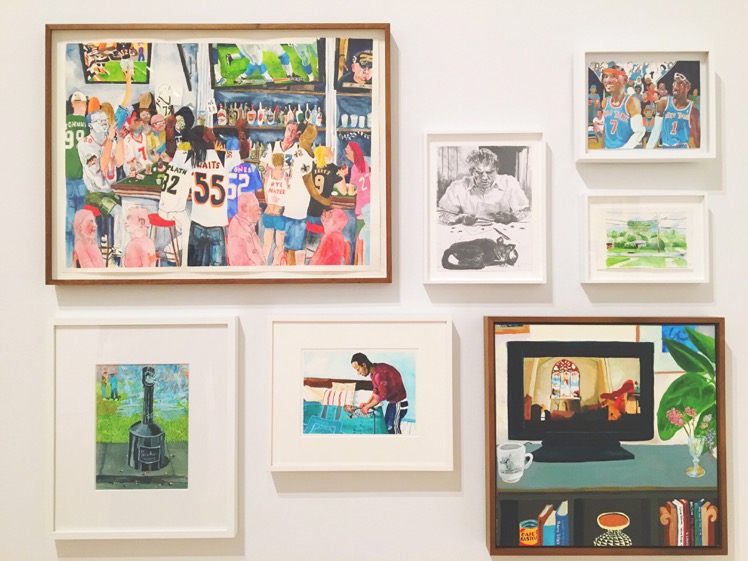 After museum’ing, we popped in for lunch at the nearby Santina, which I had long wanted to visit because of its eye-catching blue and orange umbrellas. The decor inside was just as striking – and my egg sandwich was really good, too. 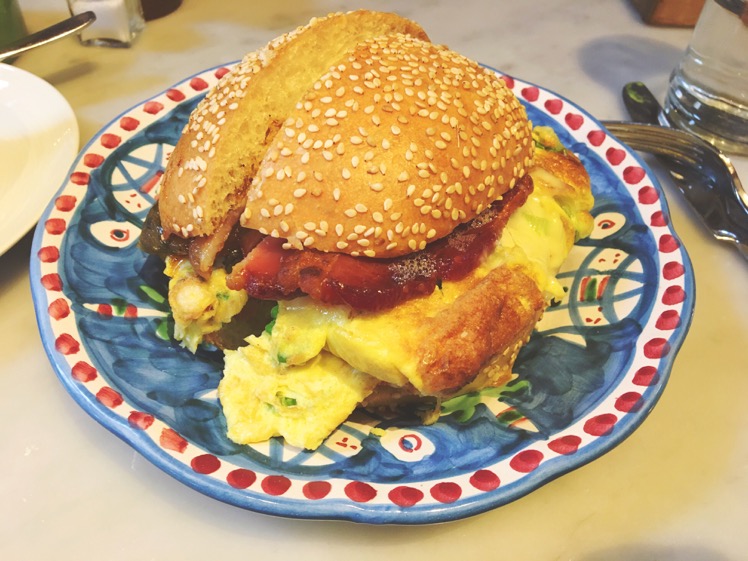 One of my favorite traditions is a pilgrimage to the Met Costume Institute’s annual exhibit. This year’s, featuring the designs of Rei Kawakubo, was as stunning as ever. 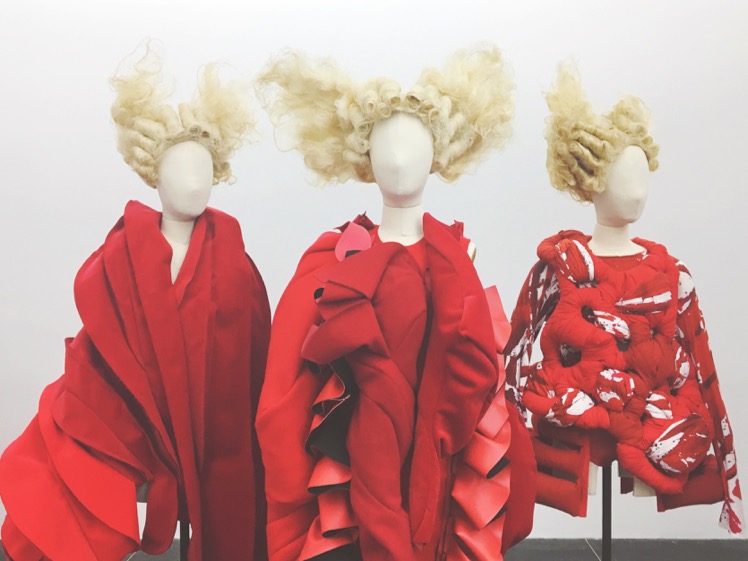 One random thing I encountered in May: a gigantic inflatable ballerina in Rockefeller Center, courtesy of Jeff Koons. Because why not? 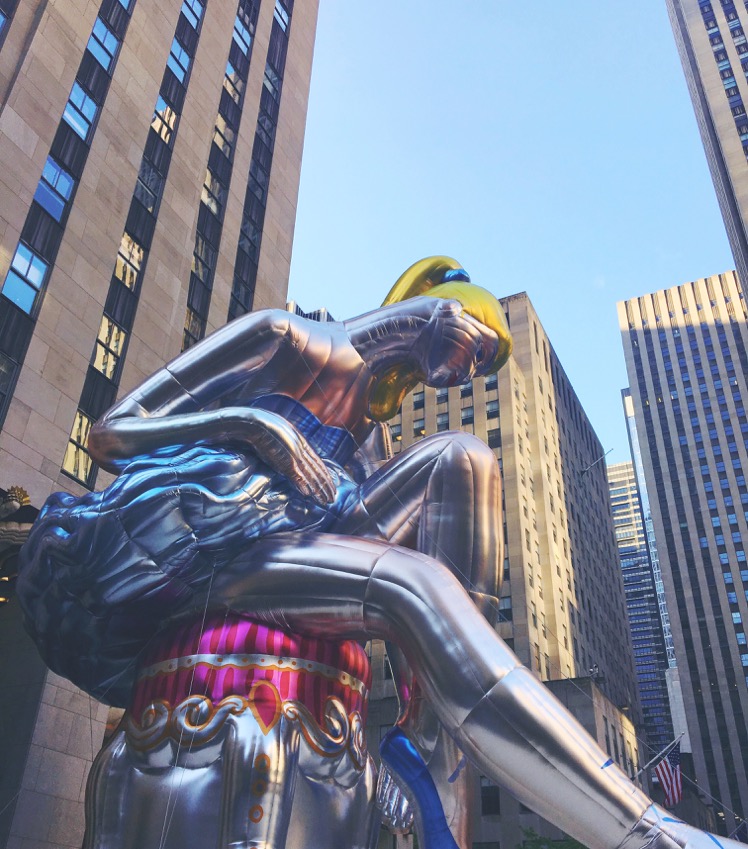 Something cool I achieved this year was seeing each musical nominated for Best Musical at the Tony’s. The last one I checked off my list was Groundhog Day. Though it wasn’t my favorite of the bunch, I enjoyed it – I thought it started out slow and borderline annoying, but I must admit I was won over and completely charmed by the end. 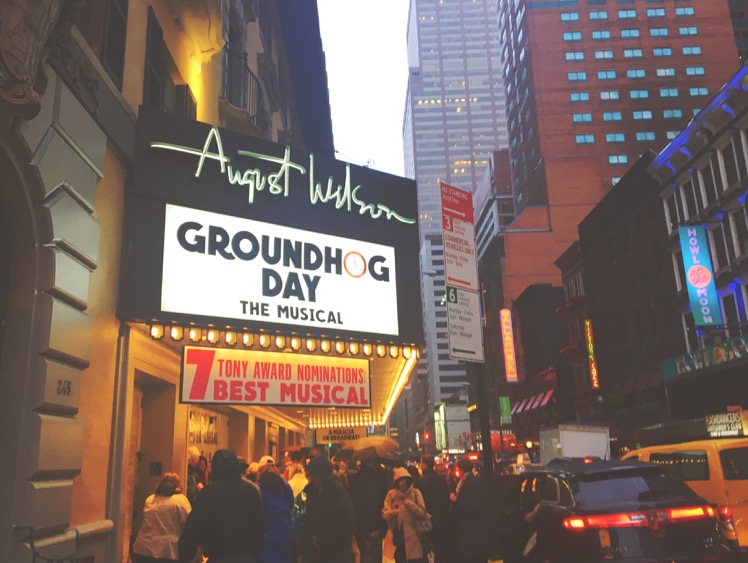 Something sort of random that has long been on my NY bucket list is the quirky CW Pencil Enterprise, which sells one thing: pencils (surprise!). It is a beautiful little shop. 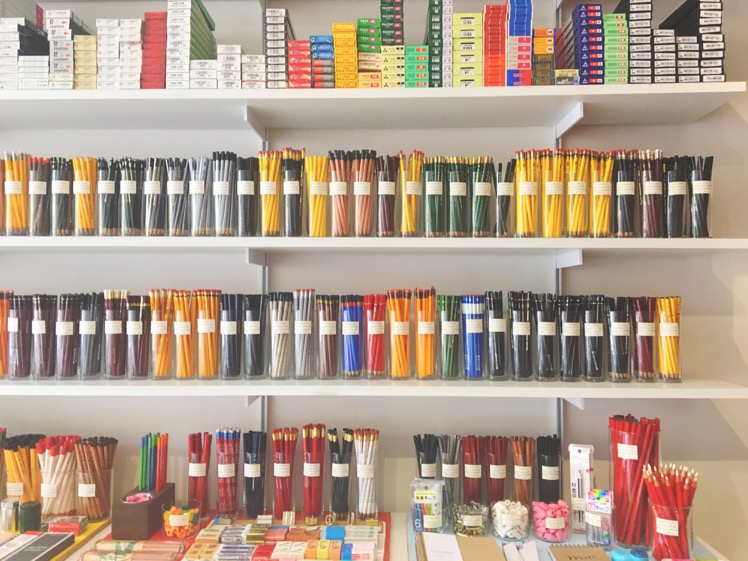 I treated myself to a pedicure before the Tony Awards (more on that in a moment!) at Hortus Nailworks. Honestly, I wouldn’t normally write about a pedicure in one of these recaps, but the space was so beautiful and inviting that I couldn’t resist. I became a big fan! 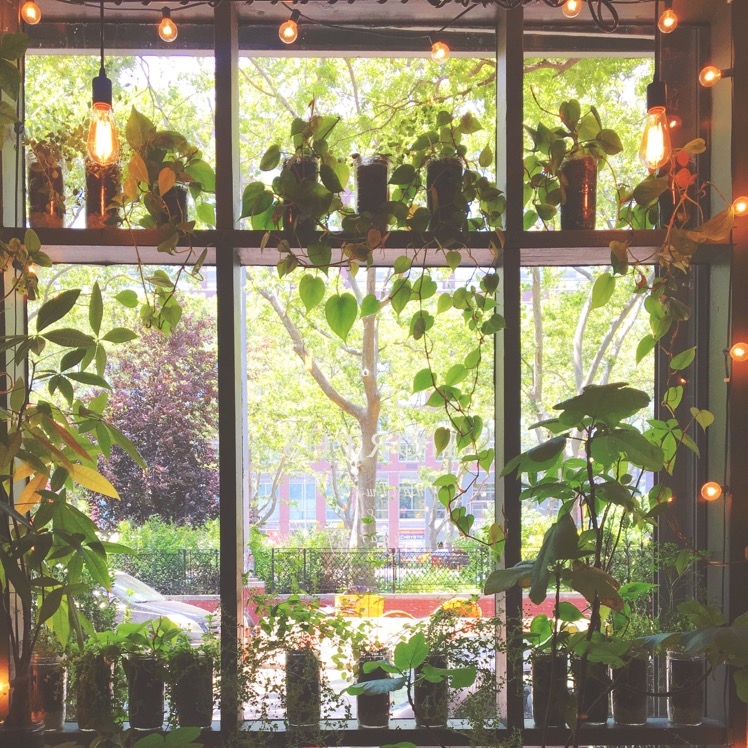 Another spot I had long wanted to visit was Nomo Kitchen. I had a very tasty bowl of granola here for breakfast but, honestly, I love this place most for the aesthetics: the gorgeous, leafy entryway and the heart-covered wallpaper can’t be beat. 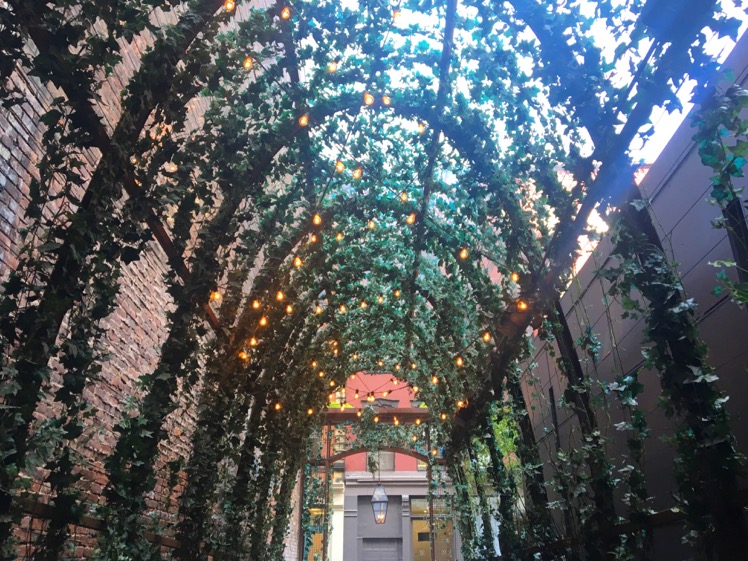 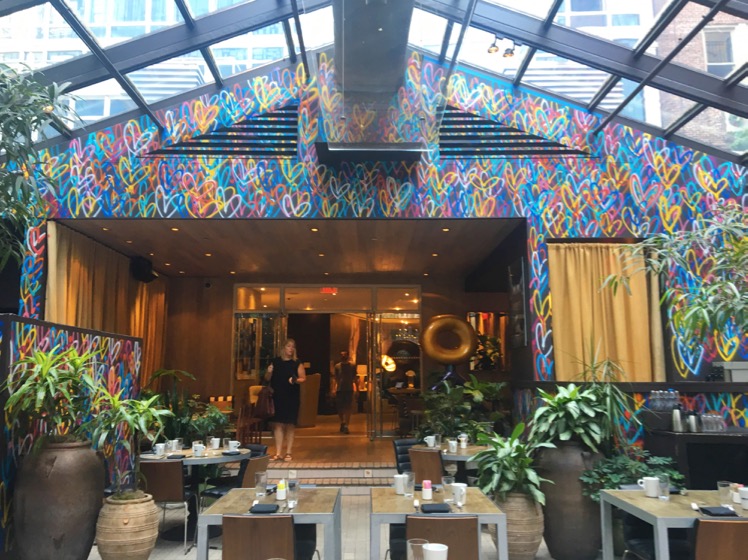 The highlight of the past few months was attending the Tony Awards! My friend and I realized that they sell a limited number of tickets to the general public each year, and we were lucky enough to snap some up. We sat in the very top balcony, but the evening was still so much fun. I wore a floor length sequined gown and felt way fancier than I am, and it was so cool to see all the performances and speeches in person. Plus, they give out a lot of awards on commercial breaks, so we got to see a lot of stuff we wouldn’t normally see just watching on TV. It was such a fun night! 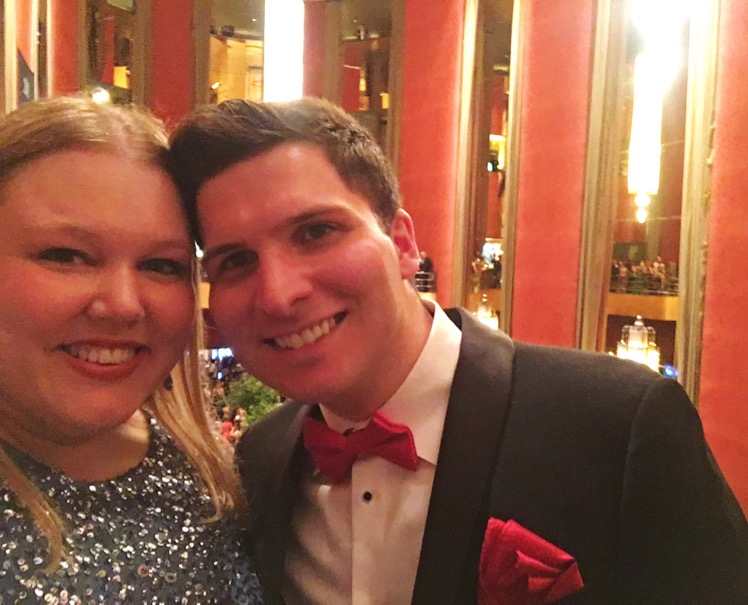 Inspired by the Tony’s, we decided we had to revisit our very favorite Broadway show this season, the Great Comet. The first time we watched the show, we sat in the balcony; this time, we splurged for floor seats. It was so cool, as we were really in the thick of the action, with the performers constantly running past us and dancing in the aisles next to us. I cannot say enough how much I adore this show. 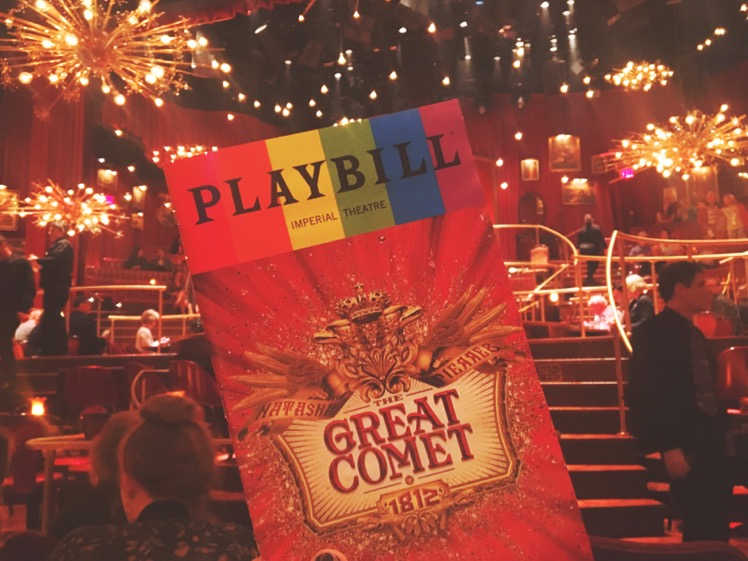 Writing this now, I’m realizing this was a very museum-heavy few months, with my third museum visit being a trip to the Cooper Hewitt, where I took in the Jazz Age exhibit. Flapper fashion? Sign me up. 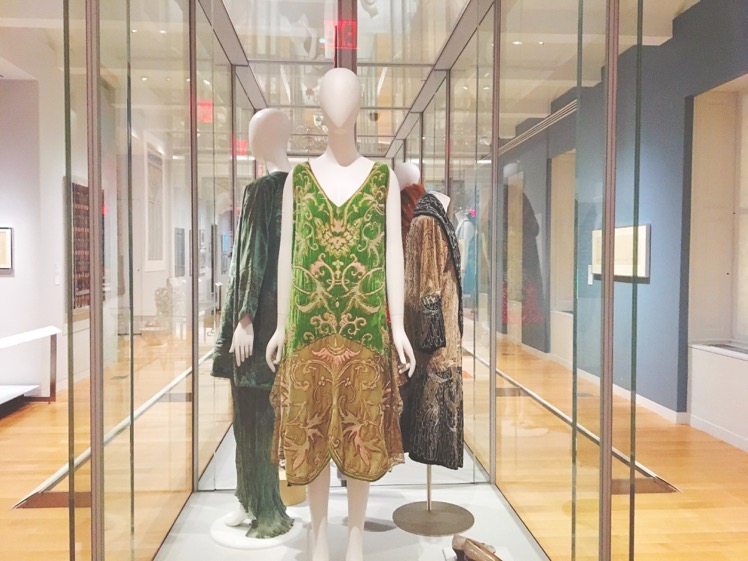 After visiting the Cooper Hewitt, I also ducked into the Upper East Side section of Central Park, which was filled with roses – gorgeous! 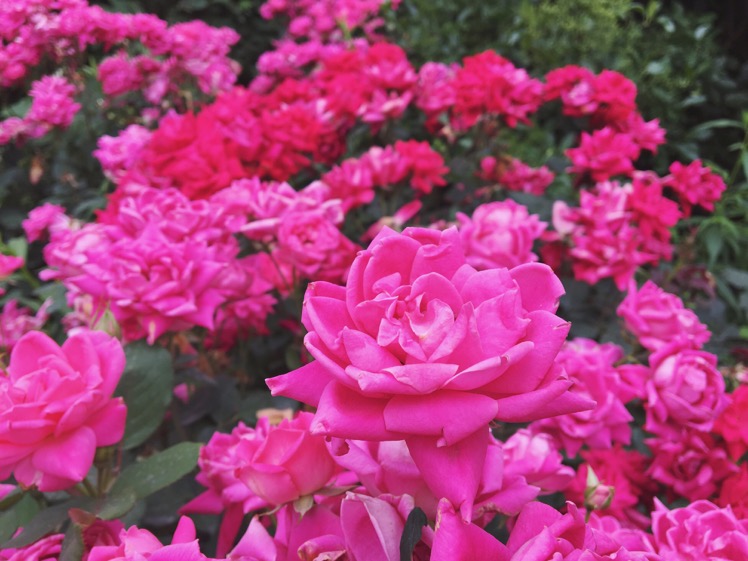 After watching Wonder Woman (which we loved!), my friend and I made our way to Ivan Ramen for lunch. The restaurant’s owner was featured on the most recent season of Chef’s Table, and with good reason: they serve a wickedly tasty bowl of ramen. I loved this place. 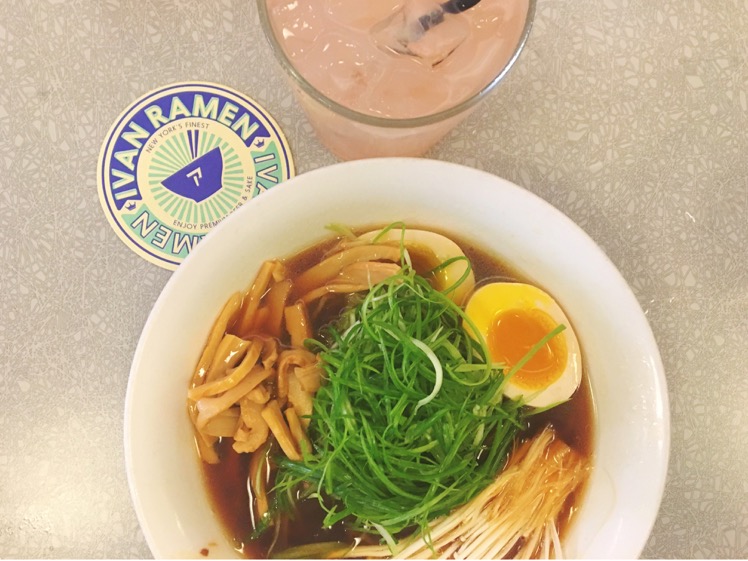 At work, we had our annual Summer Gala, which this year was held at the Plaza. I had been here before for tea, but hadn’t explored the rest of the hotel. It was all pretty damn elegant! 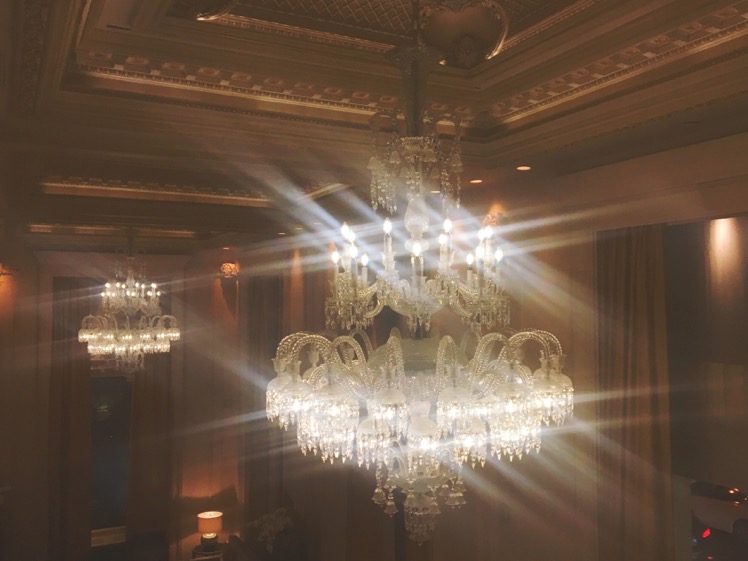 I rounded out June with a trip to ChikaLicious with a friend. Chikalicious serves one thing, and one thing alone – dessert! They offer a dessert tasting menu: an amuse-bouche, a main dessert, and petit fours to finish. For my main, I chose a chocolate tart – seriously scrumptious. 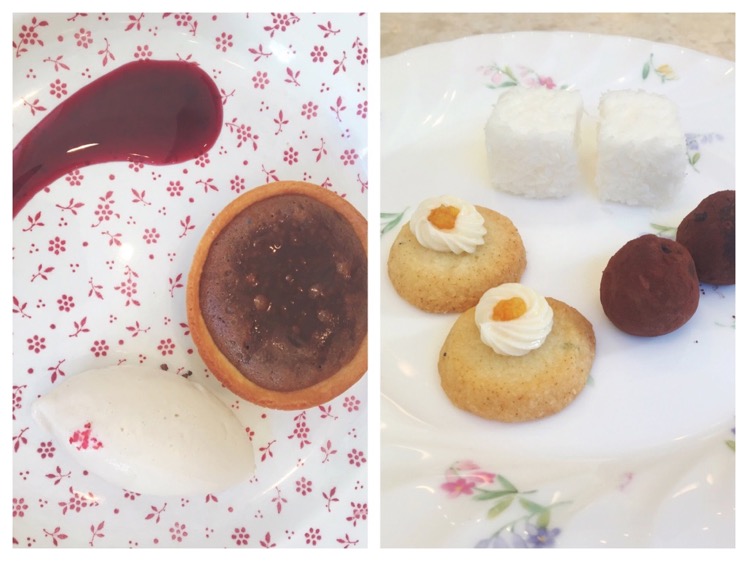 And with that, we’re into the heart of summer. Bring on July!