I had visited the D-Day beaches once before, so I assumed some of the emotional impact would be lessened this time around – but, in fact, in turns out that these sites remain as stirring and as fascinating as ever. Led by our guide, Rudy, we spent a jam-packed day touring through some of the beaches, villages, museums, and monuments in the locations central to that fateful day’s events.

We began our day at the D-Day Paratroopers Historical Center in Saint-Côme-du-Mont, home to a large collection of memorabilia from the airborne troops: uniforms, helmets, weapons, and much more.

The museum’s displays were interesting – particularly since I’ve watched Band of Brothers, about the 101st Airborne Division, more times than I can count – but its real hallmark was the “D-Day Experience,” which simulates the journeys paratroopers made on D-Day. You are taken to a dark room where you are “briefed” on your mission, and then you head into the hangar, board your plane, and buckle up. Your “journey” then begins, with the sounds and movements of the plane simulating what it was like to fly into enemy fire over Normandy. It sounds super cheesy, but I found it really fascinating and helpful in trying to understand what the experience might have been like. 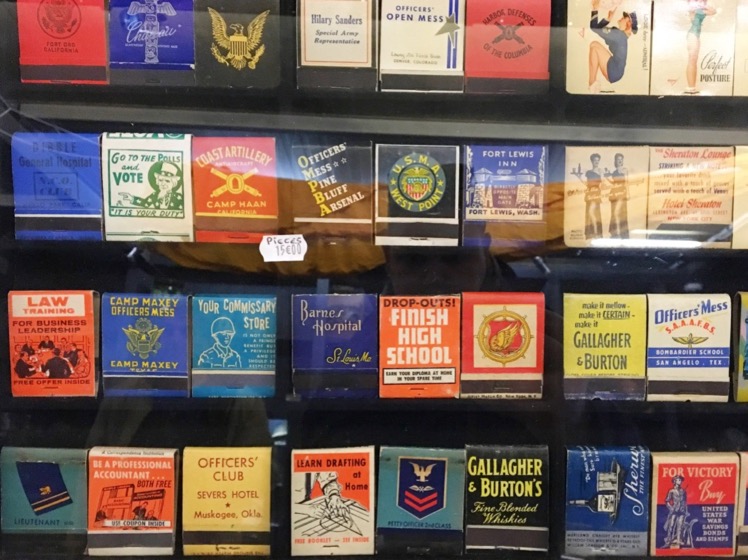 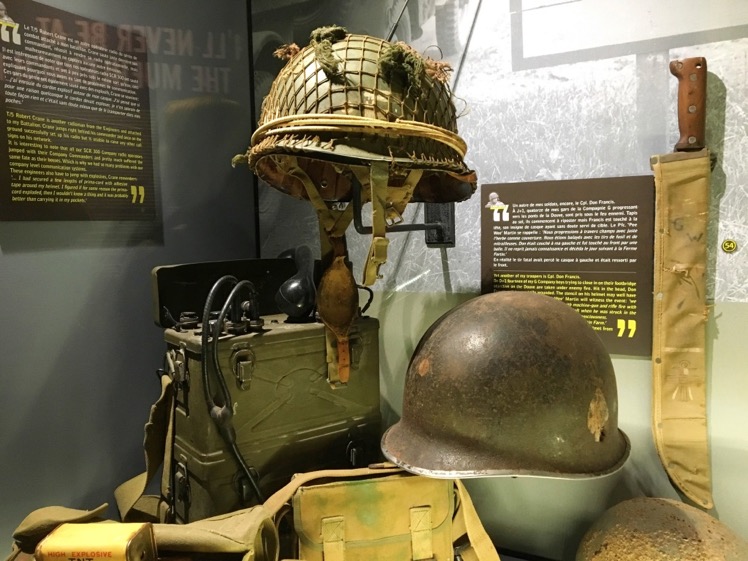 We headed next to Angoville-Au-Plain, home to a church-turned-D-Day-hospital. The church here is extremely moving: on D-Day, two medics, Robert Wright and Kenneth Moore of the 101st Airborne Division, set up a field hospital here. Today, you can still see blood on the pews and cracks, created by shell hits, in the floor. While here, we met two important locals: Daniel, the town’s mayor, and Genevieve, who was ten years old during D-Day and continues to diligently maintain the church today.

The first town liberated on D-Day was Sainte-Mère-Église, perhaps known most for the incident portrayed in the film The Longest Day: a paratrooper dropping into Normandy got stuck on a spire of the town’s church and had to hang there, pretending to be dead, while the fighting went on below him. 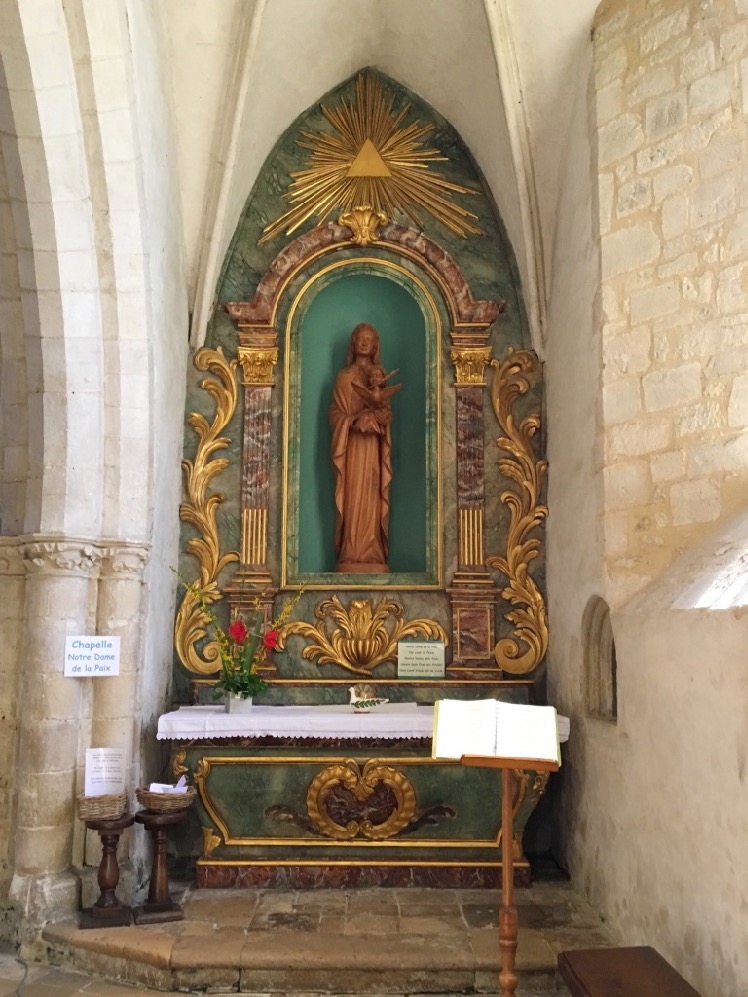 At Utah Beach, we began indoors at the Utah Beach Museum, where we paused to have lunch and to explore the collection of D-Day memorabilia. Then, we headed outdoors to the beach itself. Unlike the intensely bloody battle at Omaha Beach, Utah Beach went smoother for the Americans, resulting in a much smaller number of casualties.

We paused briefly at Grandcamp-Maisy to see the Statue of World Peace. It was honestly a bit strange looking; however, it is nice to see an ode to peace in a region filled with so many reminders of war.

One stop I really loved was Pointe du Hoc. In terms of sheer beauty, I think this might be the most stunning spot on any D-Day tour. And, it’s even more special when you consider the incredible bravery that occurred here: U.S. Army Rangers scaled the 100-foot cliffs and seized German artillery that could have been used to fire on the troops landing on Utah and Omaha Beaches. Today, the landscape is dotted with gigantic craters, a stirring reminder of the fight on D-Day.

When Americans think of D-Day, we probably think most of Omaha Beach, home to a shockingly bloody struggle (90% of the first wave of troops died). It’s tough to comprehend, all the more so because, today, Omaha Beach appears like nothing more than a sleepy seaside town. I felt it on my first visit, and I felt it again this time around: it’s an honor to stand on those shores.

We ended our day at the American Cemetery at Colleville-sur-Mer. We arrived right around the end of the day, so we were able to catch the flag lowering ceremony and hear taps being played. What I’ve always loved about this spot is how serene it feels. It’s really powerful in its peacefulness.

The Bottom Line: For anyone interested in history – or for anyone who’s simply a proud American – the D-Day Beaches and surrounding towns are must-see spots. If you’re anything like me, you’ll walk away from the day with a long list of books you want to read to learn more – and a keen appreciation of the sacrifices of those who came before.