I wasn’t sure what to expect from Reykjavík. Truth be told, I went to Iceland for all the other stuff – to float in the Blue Lagoon, to explore waterfalls and glaciers and geysers, to see the famous Icelandic ponies. I didn’t necessarily go for the city aspect of it. So, it was a pleasant surprise when I found myself really enjoying Reykjavík. It’s pretty low-key, but I found it funky and interesting and walkable and many other things. Let’s recap.

My first stop in town was the impossible to spell and pronounce Hallgrímskirkja, Reykjavík’s main cathedral. Architecturally, it’s unlike any other cathedral I’ve ever seen – so spare and striking. It also offers great views of the surrounding city from the top. 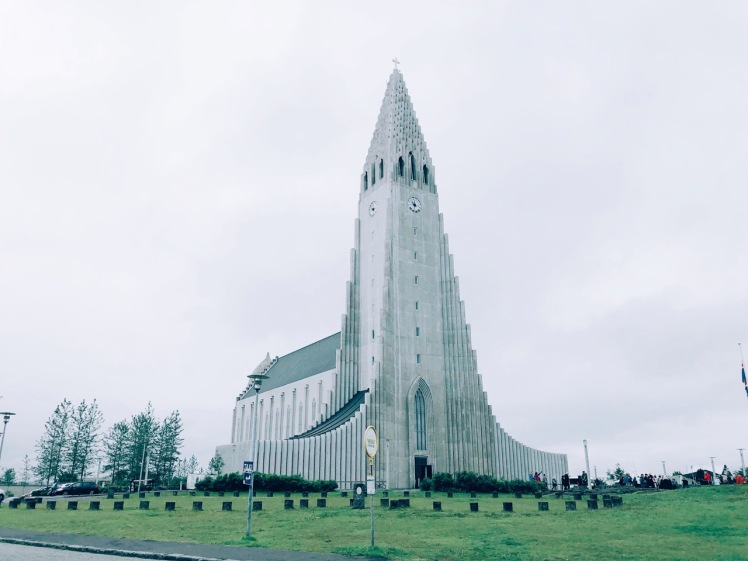 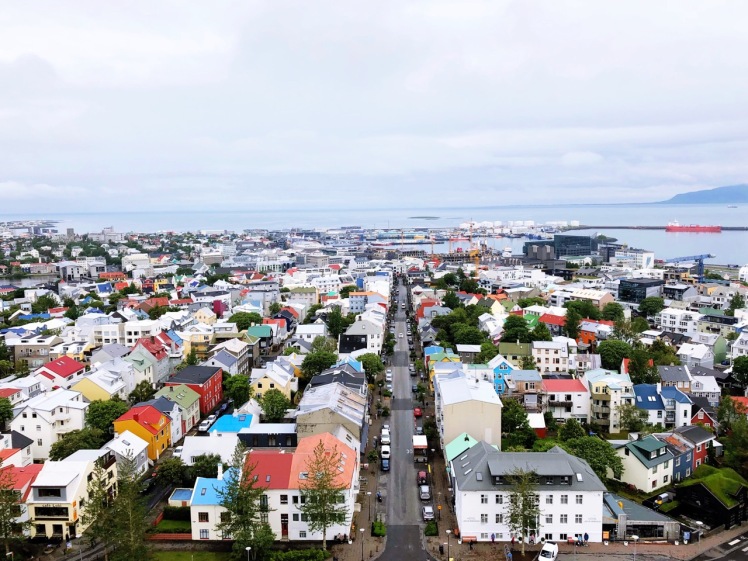 On the other end of town, I found another arresting piece of architecture, the Harpa Conference Hall. Home to the National Opera, the building’s colorful glass and high ceilings are seriously stunning. 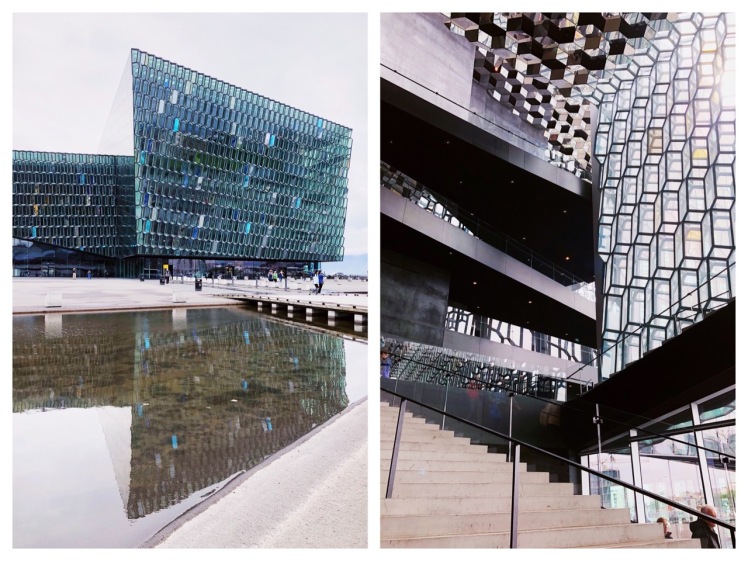 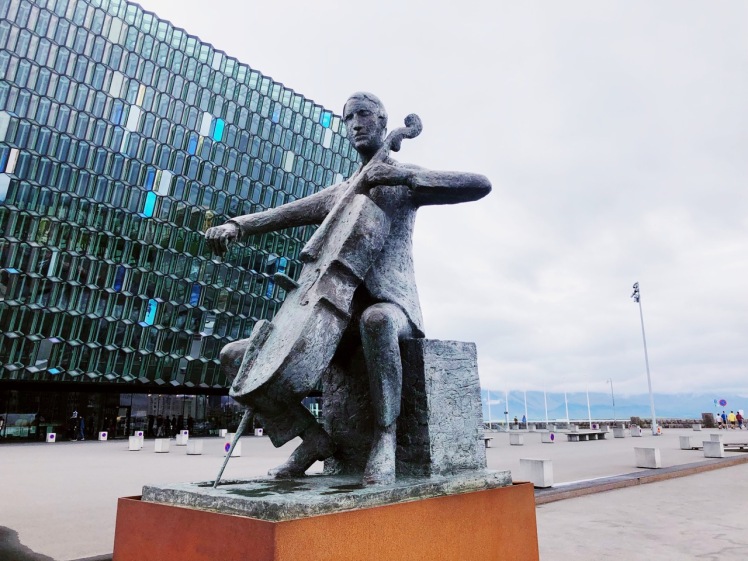 Even in July, Reykjavík was fairly grey and cold a good chunk of the time I was there. That’s why I loved how much color there was scattered throughout the city in the form of street art and murals. It definitely brightened up the surroundings! 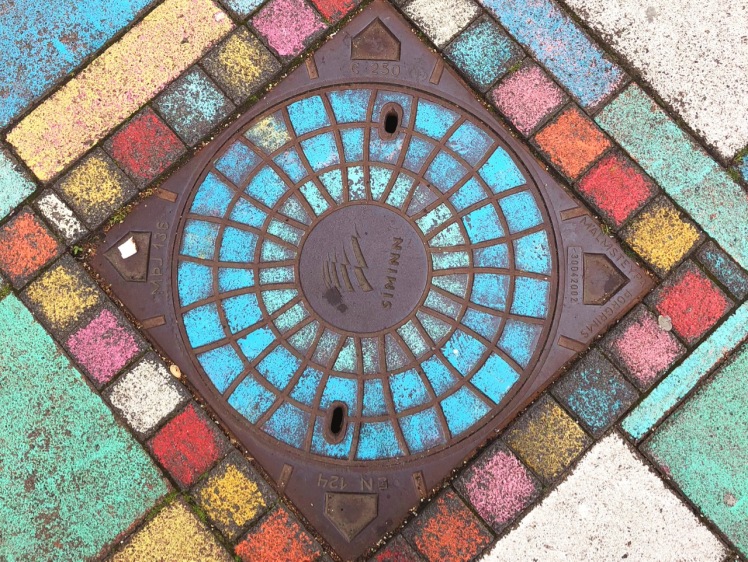 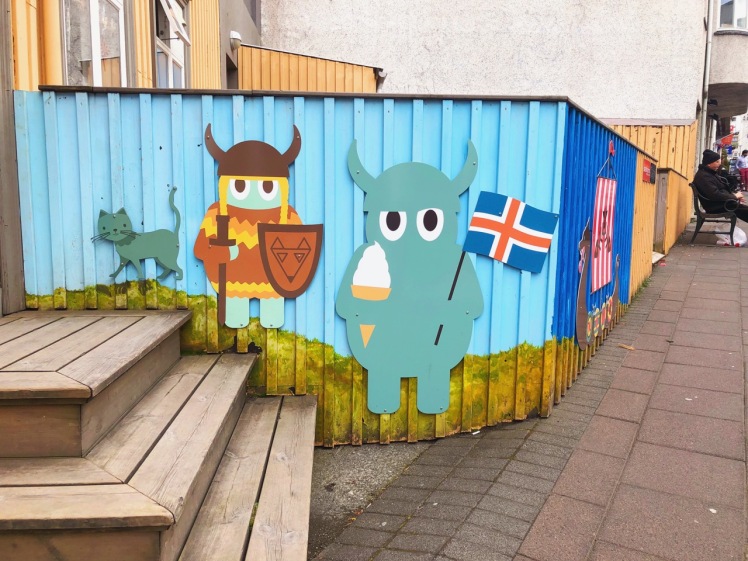 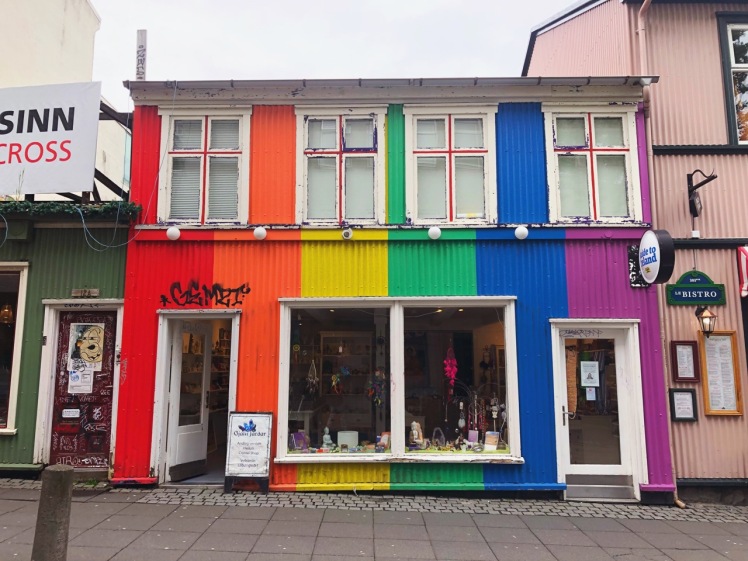 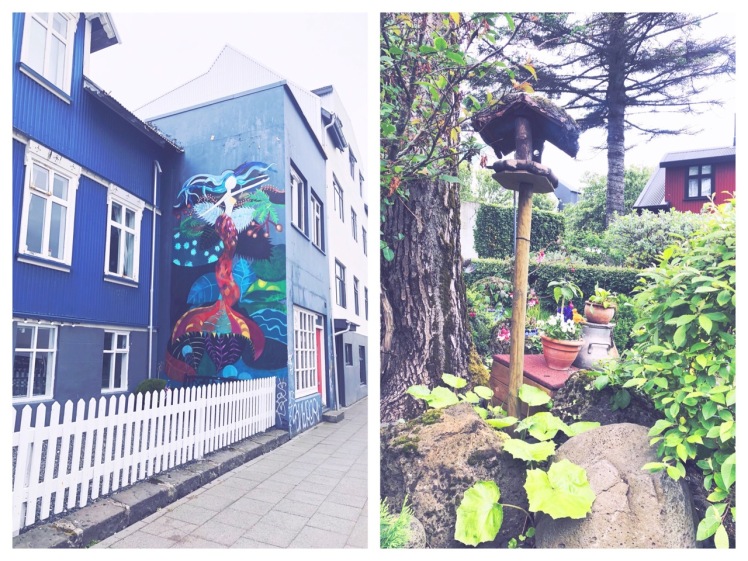 I’ve never been much of a shopper, but I did really enjoy all the little shops in Reykjavík, many of which had the same cool Scandinavian sensibility as those in places like Copenhagen and Stockholm. Perhaps appropriately for such a wintry country, Reykjavík also has a ton of Christmas shops, which is perfect for me (an avowed Christmas lover). 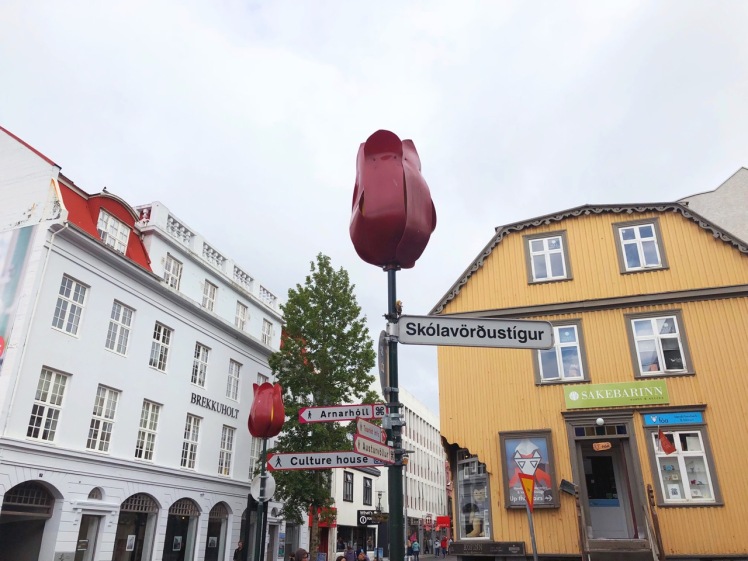 I always find it fun to be in Europe when a World Cup is happening – they just love soccer over there so much more than we do! I was in Reykjavík in summer 2018, meaning the World Cup was in full swing. Iceland had already been knocked out by the time I arrived, but signs of the World Cup spirit were still everywhere, and people still gathered at various spots in town to watch the matches.

Because I was in Iceland in summer, the days were crazy long. It was sort of hard to get used to (no amount of sleep masks could truly help me block out the light when trying in vain to fall asleep), but also kind of really cool. For example, I kept getting a kick out of the fact that I could go to a really late dinner, get out at 10 or 11pm, and have it still be completely light as day when I emerged. All these photos were taken post 11pm – isn’t that wild?!? 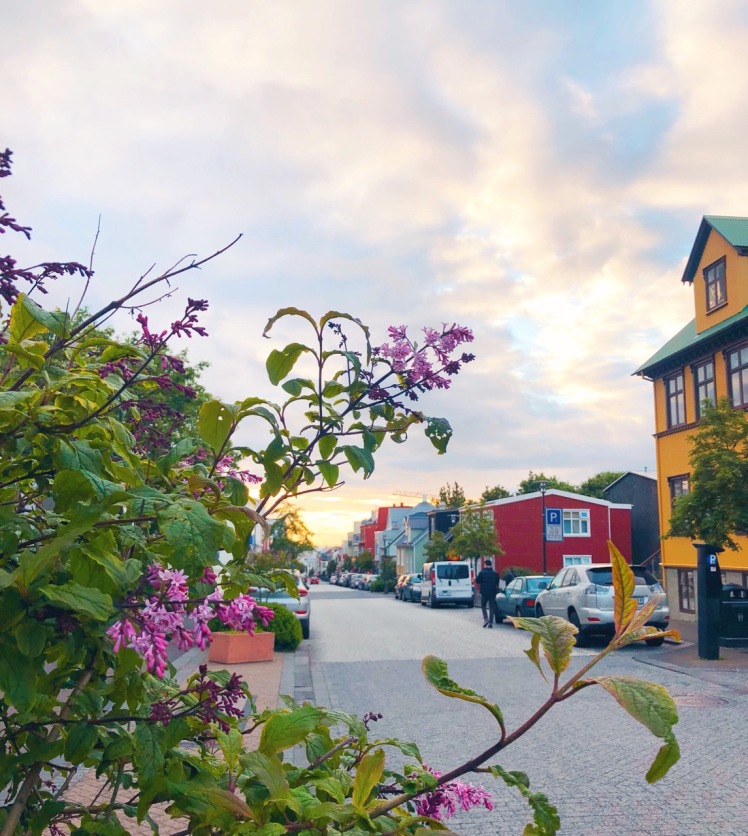 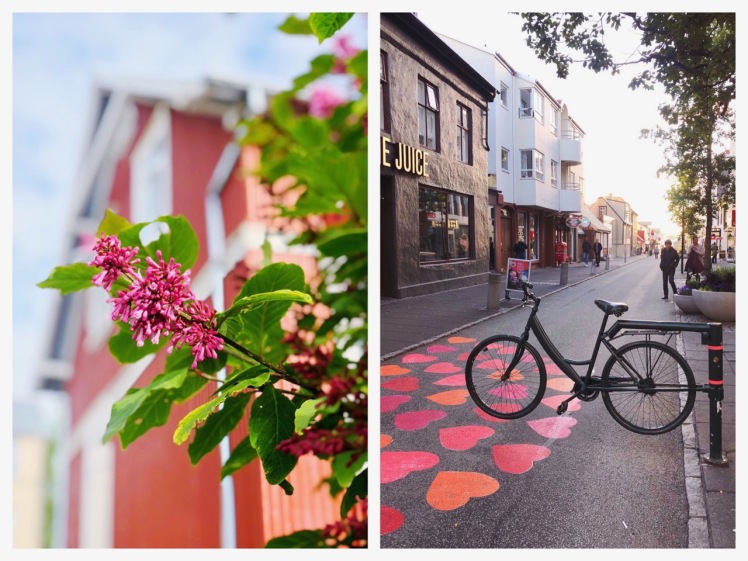 While I still think that Iceland’s greatest treasures are in its incredible landscapes outside the city, Reykjavík is definitely not to be missed! Quirky, charming, and colorful, it’s worth at least a day or two on any trip.