Though Edinburgh was wonderful, the part of my trip I was most looking forward to was the chance to get out and explore more of Scotland. You know: rolling hills, stunning scenery, cozy pubs, sheep. And so I was very excited when we set out, heading north.

We came first to the Firth of Forth. Prior to this, the only Firth in my life had been Colin, but I soon learned that in Scotland, a “firth” is an estuary, and this particular one is the estuary for the River Forth. Three bridges cross the rivers here (and we took one of them, though don’t ask me which), and the spot is just generally quite scenic. And, that day, was VERY sunny, as evidenced by our squinting faces. 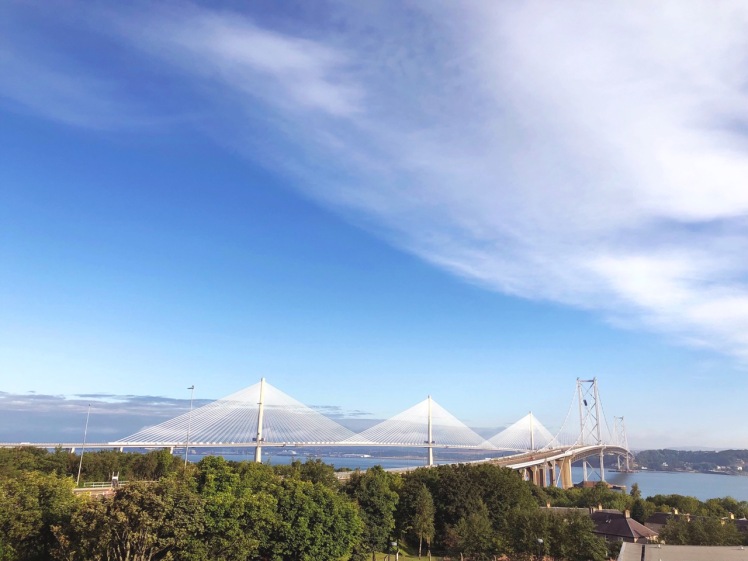 After visiting the not-Colin Firth, we made our way to the tiny town of Culross, where we stopped in at Culross Palace. The town and the palace are historic enough on their own, but these days, they have fame for another reason: several scenes from Outlander were filmed there. The house was even used for Jamie and Claire’s bedroom so, you know, it was the scene of some pretty sexy times. 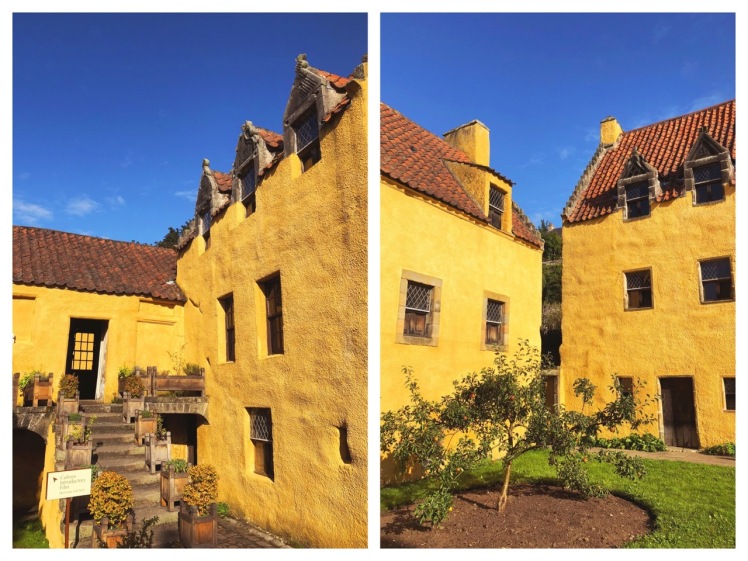 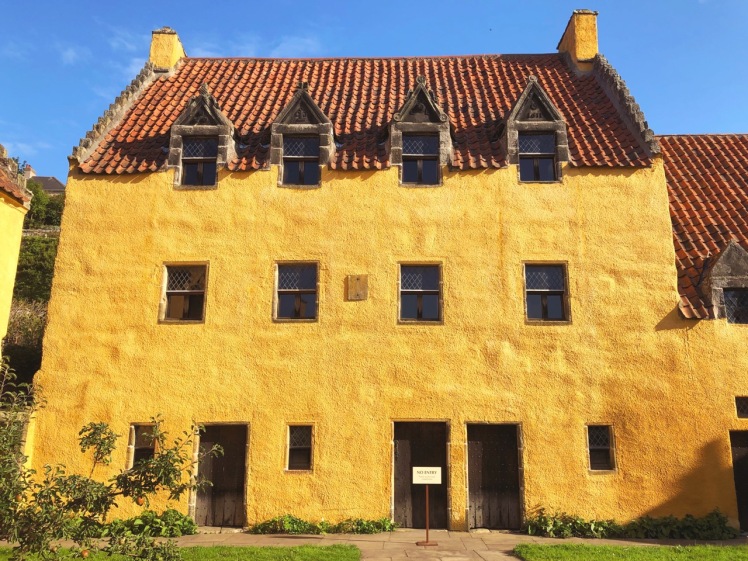 The Palace was constructed in the late 16th / early 17th century by Sir George Bruce, a wealthy miner. And, frankly, you can kind of see the age, as the ceilings are low and the place is distinctly drafty. Still, some of the Palace’s painted wooden ceilings remain intact, which is pretty cool.

My favorite part of the Palace was actually outdoors, in the garden (which also served as Claire’s garden on Outlander). It was a very wild, rough garden – not at all tidily manicured – and there were lots of interesting things and unique flowers in it.

After visiting the palace, we also took a loop around Culross itself, which was a sleepy – though very cute! – little town filled with cobblestones, a church, pretty flowers, and possibly not much else. 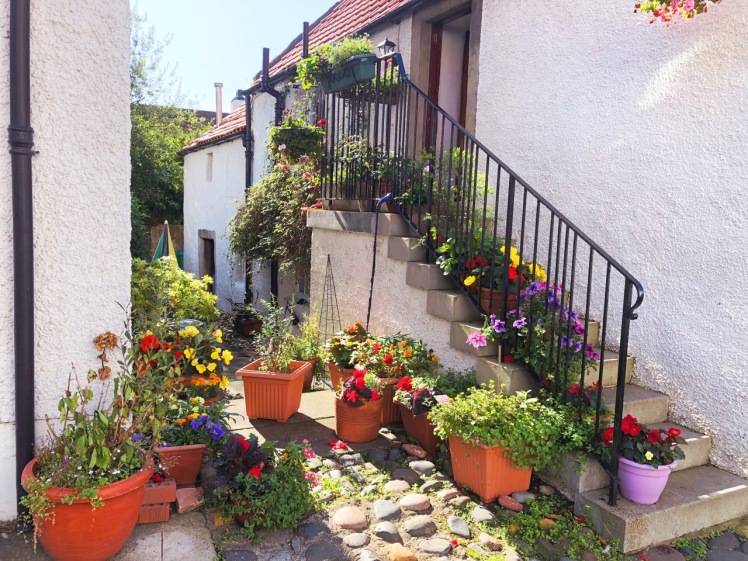 While Culross was nice (and its Outlander connection fun), one of my favorite stops in Scotland – St. Andrew’s! – was next. A wee Scottish cliffhanger for you!