I’ve been to Amsterdam twice before, but even so, it’s definitely one of those cities I’m always more than happy to revisit. Cute canals, beautiful bridges, tulips galore – what’s not to like?

We arrived in Amsterdam around midday from Edinburgh and made our way to our hotel, the Hoxton. I’ve stayed at the Hoxton a bunch of times in London, so I was eager to check out the Amsterdam branch – and with its cool decor and good restaurant, it did not disappoint! We checked in and, while my mom took an afternoon nap, I set out to explore, poking my way through our neighborhood (and buying some chocolate covered strawberries for a snack!)

After stopping back at the hotel to pick up mom, we headed out again for another wander through town. This time, we made our way to the Bloemenmarkt, though because it was late in the day, it was mostly closed. We poked through one of the open stalls and then headed to De Pizzabakkers for a (you guessed it) pizza dinner. After dinner, we left the restaurant and found that the sky was putting on an INCREDIBLE show. Just one of those magical little travel moments. 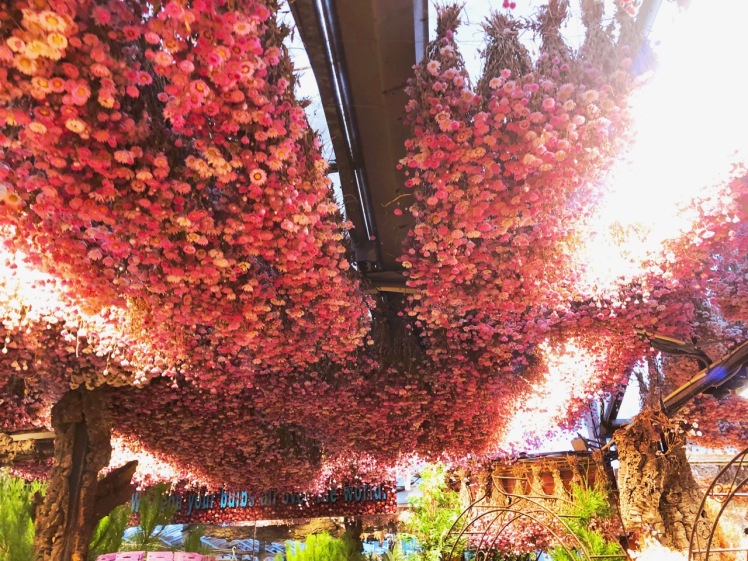 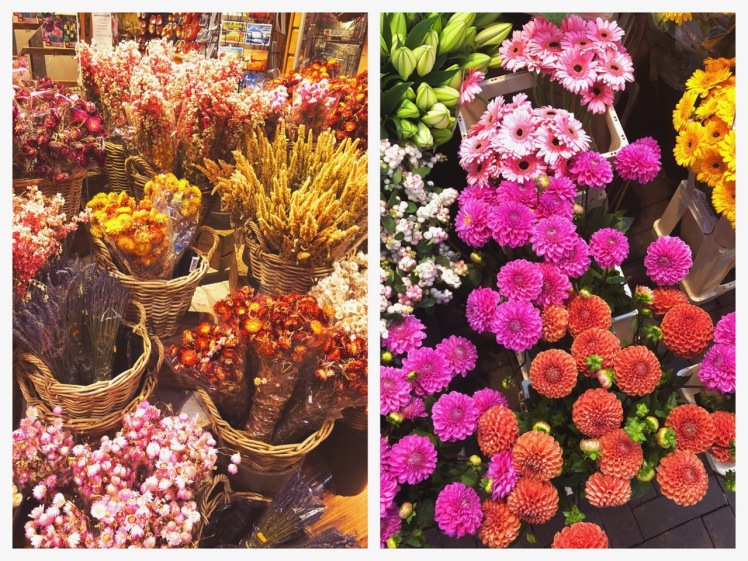 The next morning, we began at the Anne Frank House, which was as fascinating and moving as ever. It’s just such a well done museum, and it always tickles me to think that Anne might have been thrilled to see how much her story continues to inspire others. Before leaving, I bought a copy of The Diary of Anne Frank in the gift shop – would you believe I’ve never read it in full before?!

After visiting the museum, we wandered around the canals for a bit longer, enjoying the glorious sunshine. We also popped back by the  Bloemenmarkt again so we could see it in its full glory. Nearby the market, we peeked into the Begijnhof – a square once used to house beguines, or lay religious women who used to live in a community together. It’s such a peaceful and beautiful space. 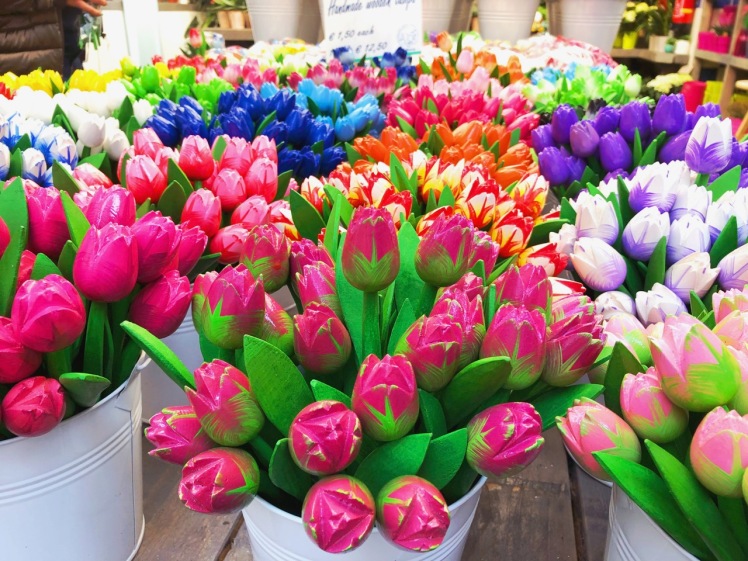 At lunchtime, we stopped by The Duchess for an afternoon tea. The dining room here is gorgeous, with big high ceilings and stunning circular light fixtures. As for the tea service itself, it was more of a mixed bag. We had our waitress pick our teas for us, and she chose two really great ones, so big thumbs up there. The food part wasn’t necessarily my favorite though – some of the savories were not so great (veal at afternoon tea?? No thanks). The sweets were all pretty good, though none really stood out, save for a really scrumptious cherry cheesecake.

After our tea, we took long food coma naps, only remerging in the evening for dinner at a little pub type place down the block from our hotel. After dinner, we took a spin around our neighborhood before turning in. I love seeing the canals lit up in the evening; it’s just the most magical (to be a complete cliche about it). 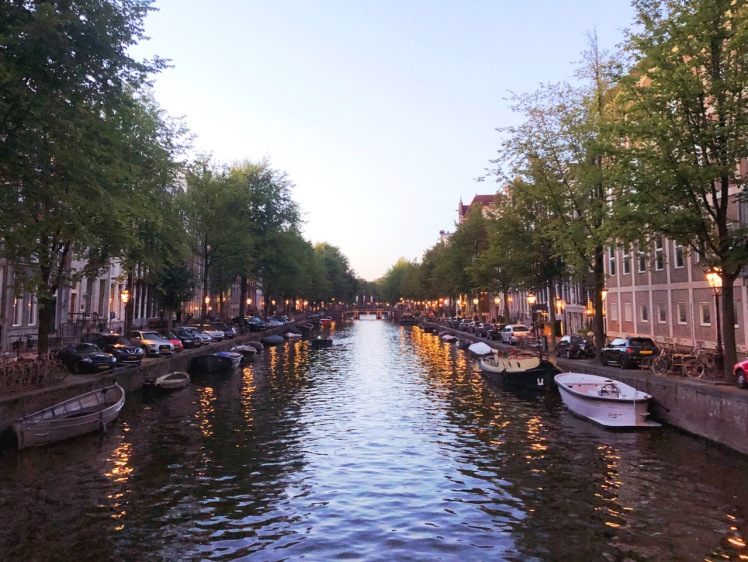 On our final day, we began at the Van Gogh Museum. It’s been renovated since I last visited, so it was cool to see the new space. Less cool were the crowds, which, even at 9:30am, were crushing. 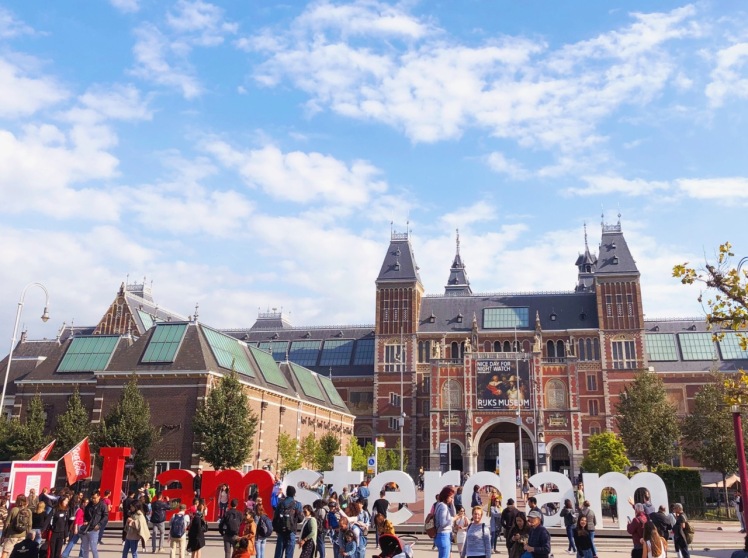 Luckily, we headed next to a much more low-key museum: the Museum of Bags and Purses. This is exactly what it sounds like – a museum filled with all sorts of intricate, beautiful, and wacky bags. I love a good fashion exhibit, and this was a fun, unique twist on one. 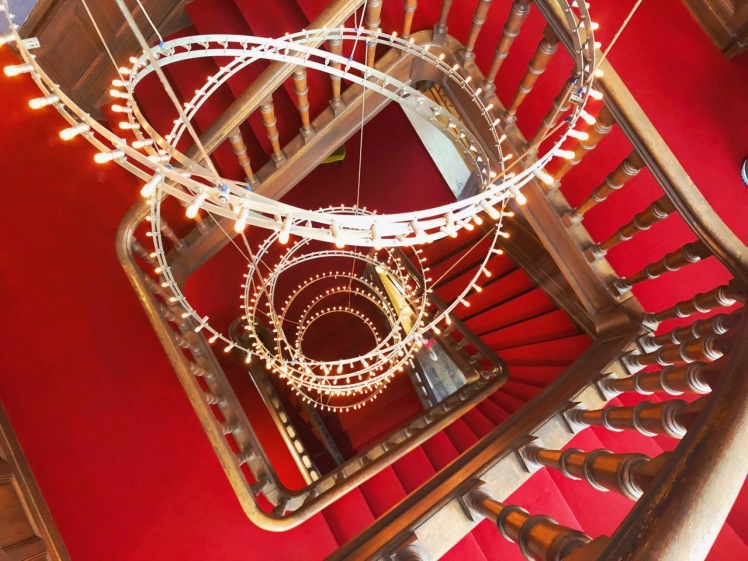 After perusing the purses, it was time for lunch at the aptly-named Upstairs Pancakehouse, which is atop the steepest, tiniest flight of stairs you ever did see. Luckily, if you can brave the stairs, the reward is great. We each had a delicious “pancake” (actually, more like a crepe) for lunch. Mom got the King, topped with strawberries and cream. I got the Kai, topped with honey, Brie, and bacon. Both were absolutely fantastic!!! When it came time to leave the restaurant, we had to go down the stairs backwards – only mildly terrifying!

After lunch, we walked toward Dam Square, culminating with a visit to the Royal Palace. While it’s not particularly impressive compared to some of Europe’s great royal palaces, you can tour the staterooms here and it’s an interesting, worthwhile way to spend an hour or two.

In the evening, we took a boat cruise along the canals. It was fairly windy and chilly, but we bundled up under one of our ship’s blankets and enjoyed the views. 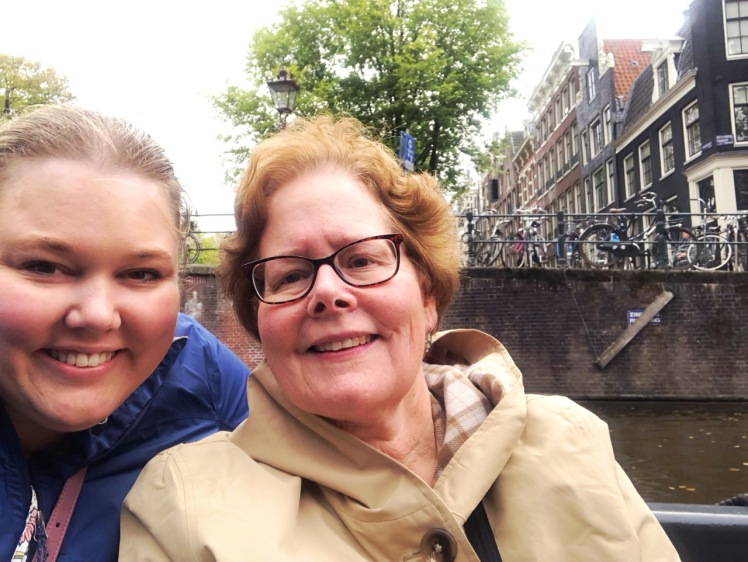 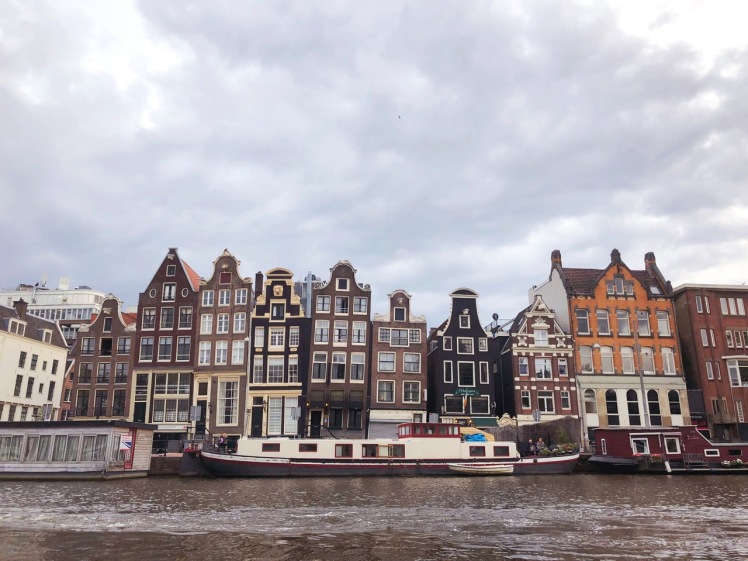 And with a rather disappointing dinner that’s best left undiscussed, that was pretty much a wrap on our time in Amsterdam. Though I feel like I’ve “seen” most of Amsterdam by this point, I always find it worth a return visit. I love how the city itself feels like a museum – the canals are so picture perfect and eminently explorable that they’re pretty much a five star attraction of their own. I could wander them forever.