I always proclaim that I could never live someplace like California; that is, a place where there aren’t four seasons. Yet each time I visit, I wonder if maybe I’m just a little bit wrong – all that year-round sunshine can be pretty tempting when you think about it. And so it was when I visited last November. Conditions were not ideal – California was in the midst of wildfire season, which devastatingly seems to be the new normal – but it was still lovely to wander around in mid-November in t-shirts.

I made the trip to visit my sister, and our weekend was fairly low key (which, frankly, is just how I like it). But, crucially, we prioritized what really mattered: good food. To start, dinner at Little Fatty, which serves up Taiwanese Soul Food (a genre of food I didn’t realize was missing from my life until that meal). We ordered a ton of dishes to share – all so good, but the orange chicken was my absolute fave.

The next day, we began with a bit of shopping and, perhaps more importantly, some ice cream as well. I absolutely love Jeni’s Ice Cream, so even though it’s not LA-specific, I knew it was a must. Their salted peanut butter with chocolate flecks is 100% to-die-for.

While we didn’t really do much sightseeing on this trip, one spot I had long wanted to visit was the Venice Canals. The afternoon we went, the smoke and haze from the fires was pretty strong, giving everything a sort of otherworldly glow. It was oddly beautiful. 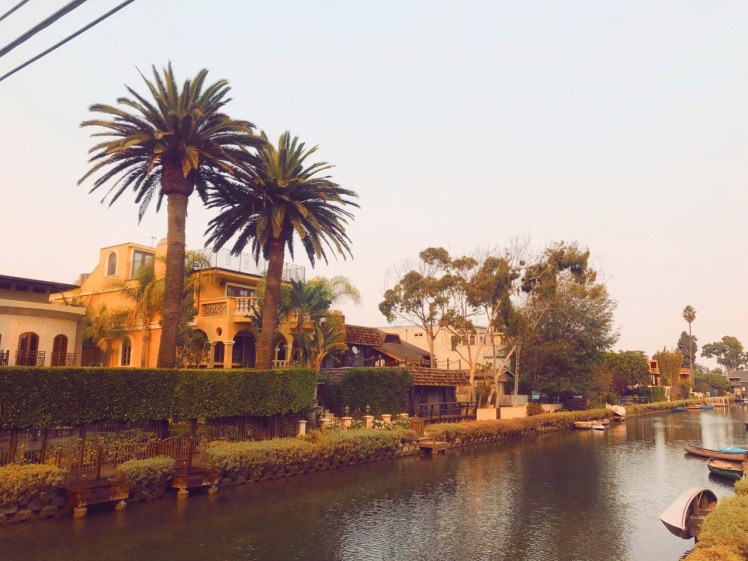 After wandering the canals, we headed over to Abbot Kinney for lunch. There was a little artisan market set up that we browsed too – I bought what have become one of my very favorite pairs of earrings. 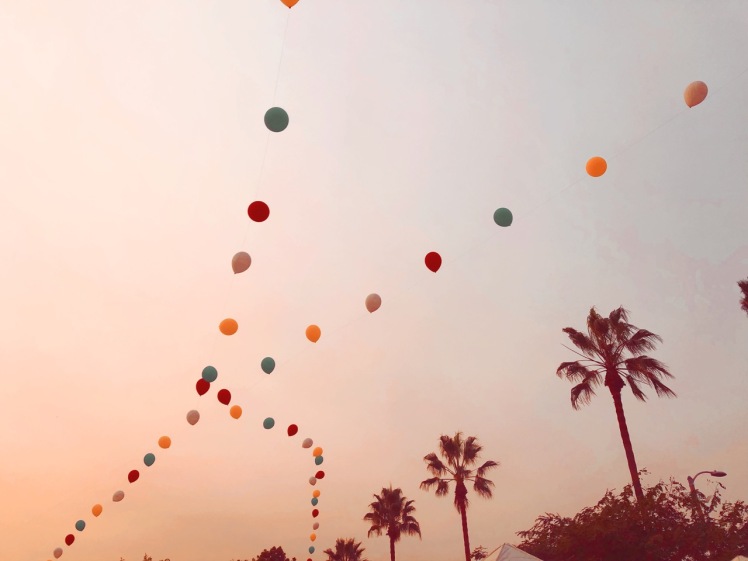 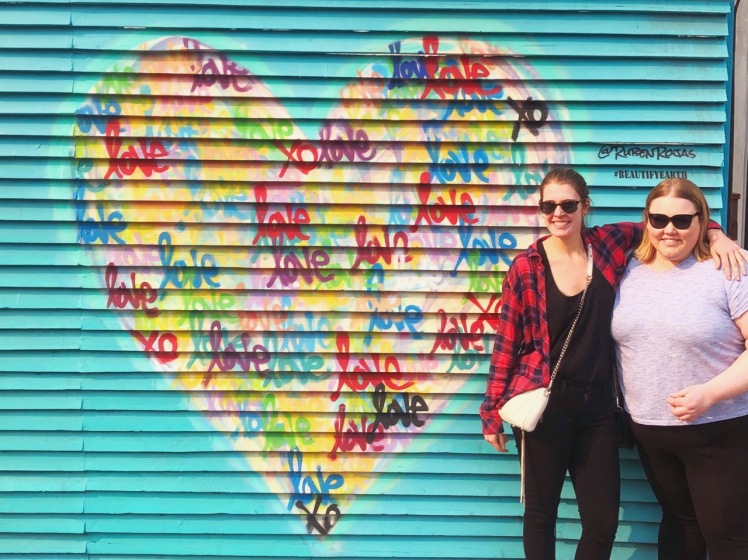 The next morning, we popped into Sidecar Doughnuts to start the day off with a marvelous sugar rush. Then it was off to downtown LA, where we visited Grand Central Market for some food – there were so many yummy things to choose from, but I couldn’t resist one of my tried and true favorites: oysters, of course. 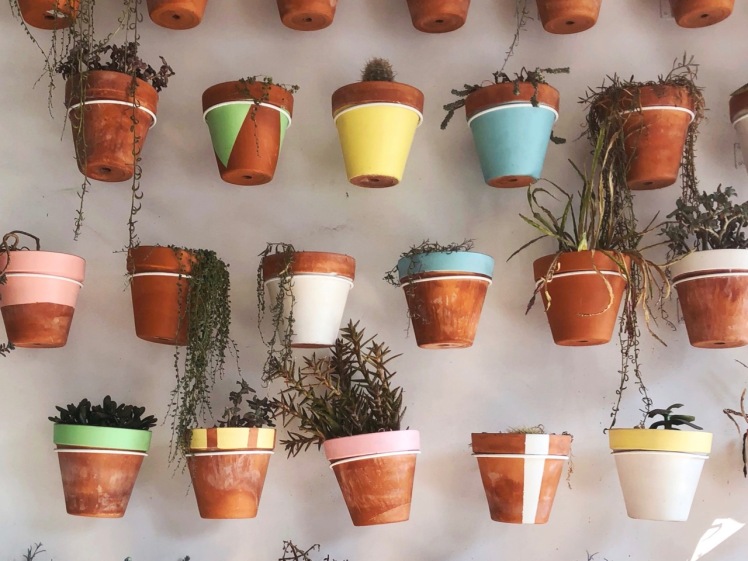 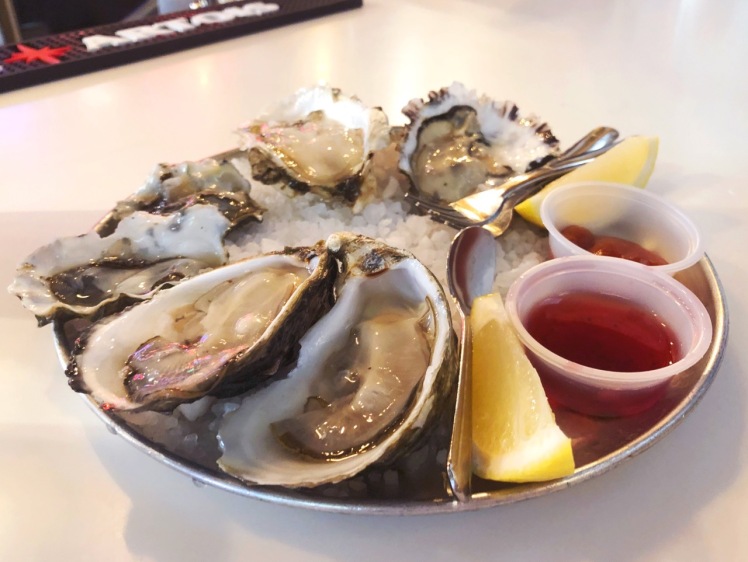 We also dropped into the Bradbury Building (a beautiful old building featured in 500 Days of Summer) and passed by the Disney Concert Hall, which I thought was super cool looking. 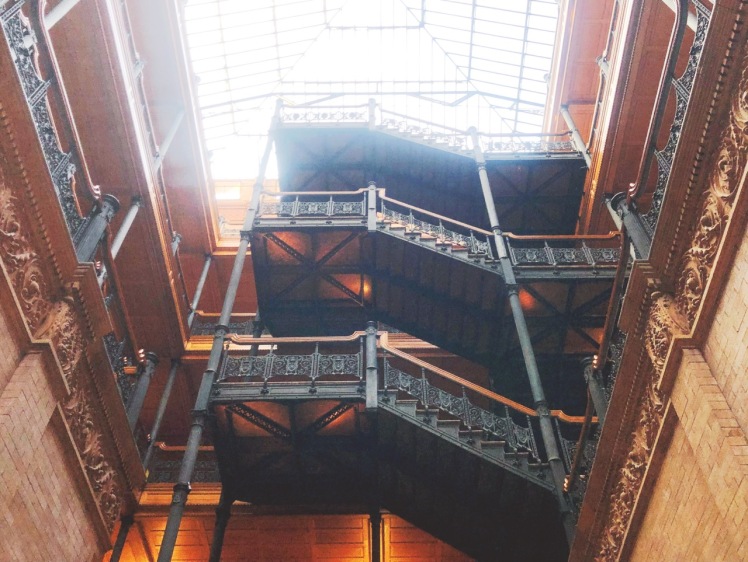 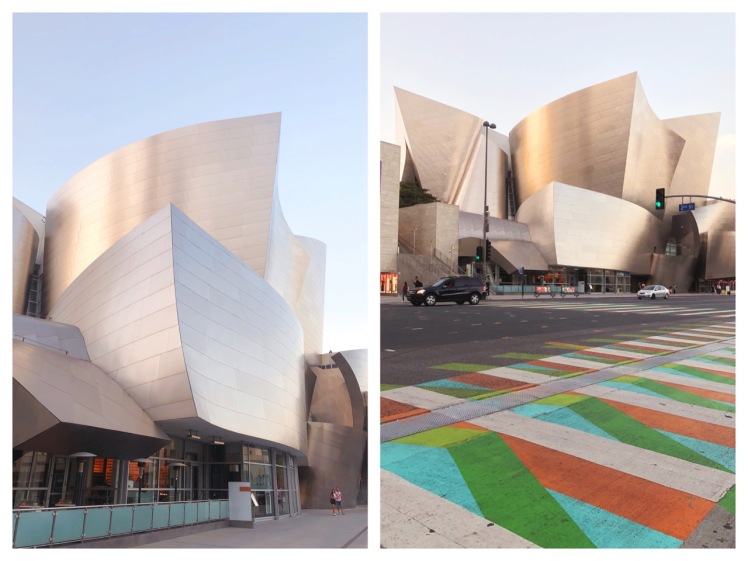 And we rounded out a fantastic weekend with an equally fantastic meal. At Guelaguetza, we shared a HUGE Oaxacan feast. It was just super tasty.

And so, in something of a food coma, I made my way to LAX and onto a red eye bound for NYC. An all too short weekend, but a wonderful one nonetheless.